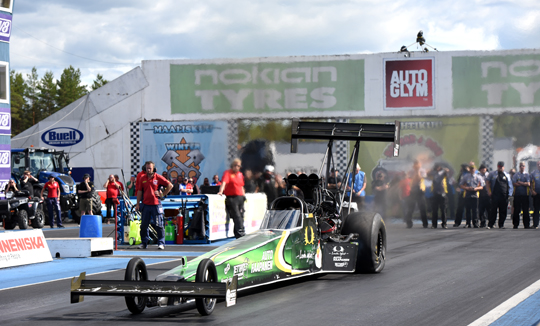 After two excellent races at Santa Pod Raceway and Tierp Arena, it’s already time for race number three of the FIA European Drag Racing Championship, the FHRA Nitro Nationals at Alastaro. Anita Mäkelä, Timo Habermann, Stefan Ernryd and Jimmy Ålund are the leaders in their respective categories, but their pursuers are not far behind. The competition at Alastaro will certainly be as close as it was in the first two rounds of the championship. After the Finnish race we will know who the leaders are at the halfway point of the season.

The FIA European Drag Racing Championship will have its third stop of the season at Alastaro Circuit, the dragstrip situated in the middle of the forest. The friendly atmosphere makes it a race that many teams are looking forward to, especially for the Finnish teams as it’s the only race of the year they can meet their numerous fans and show them live what they are capable of. And with Finnish racers among the favourites in Top Fuel, where the home country is represented by four drivers, the fans will have plenty to cheer for. 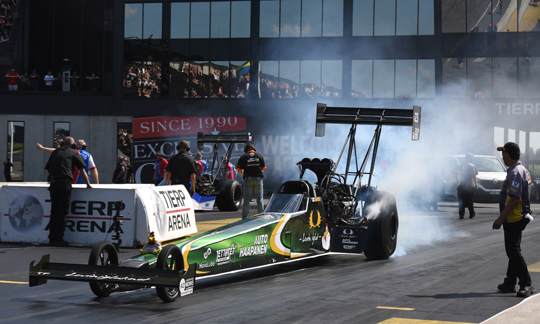 A home win for Anita Mäkelä?

With 50% of the eight entrants coming from Finland, statistically the chance of a home victory in Top Fuel is pretty high. That chance is even better when you look at the points standing after two races. Anita Mäkelä is the leader after her runner up finish at Santa Pod and commanding win at Tierp, while Antti Horto is in second position. 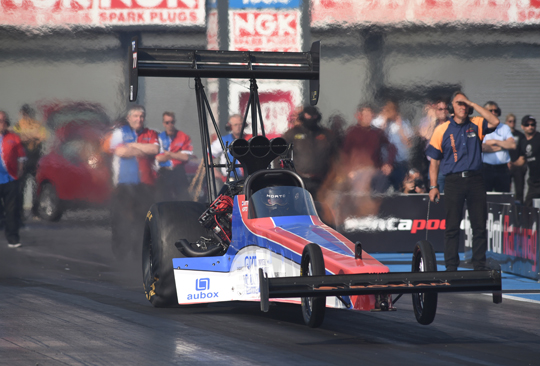 But Mäkelä has been less fortunate at her home race in Alastaro in recent years and for sure she will do everything she can to get rid of that curse and take that final Alastaro win. Timo Lehtimäki is the third home favourite as he showed his great form at Tierp with a third qualifying position and a semifinal finish. 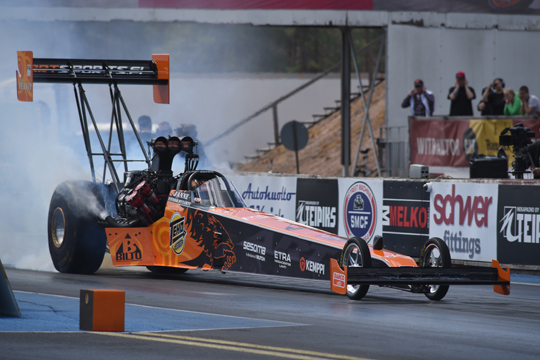 The fourth driver from Finland is the always popular Janne Ahonen. For the ART Top Fuel team it’s their first race of the season, but with the experience from recent years, Ahonen will be a force to be reckoned with from the very first moment he hits the track. 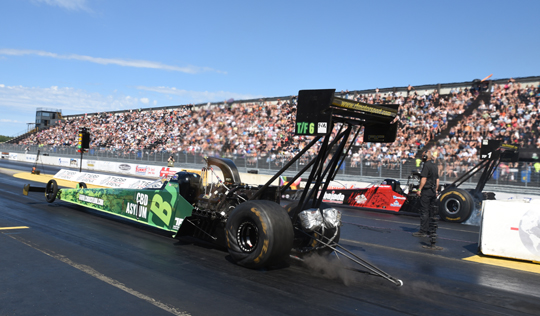 The two Rune Fjeld Motorsport drivers Liam Jones and Duncan Micallef will be out for revenge. Jones had a poor qualifying at Tierp, bounced back in the first round of eliminations with 3.909 seconds at 503.7 km/h, the quickest and fastest run of round one, but was defeated on a holeshot by championship leader Mäkelä. Micallef had the worst possible start of the season the Maltese driver could think of. The reigning champion was out in the first round at Santa Pod and Tierp as well and is only in sixth position in the championship. 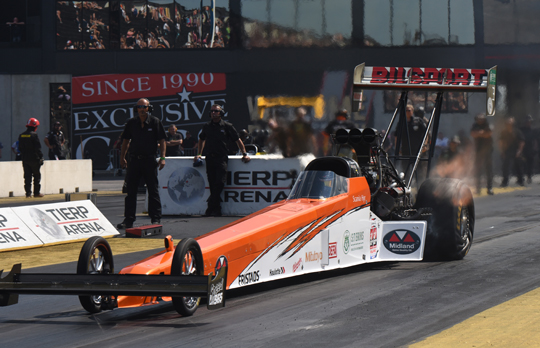 Mikael Kågered is the number five in the title race, only two points short of Jones and three behind Stig Neergaard. The Swede had a good Tierp weekend with a runner up finish and will be looking for more. Last but not least on the entry list is Stefan Gunnarsson. The BSG Top Fueler has been very unlucky so far, but showed it’s pace several times last year and might become the surprise of the event. 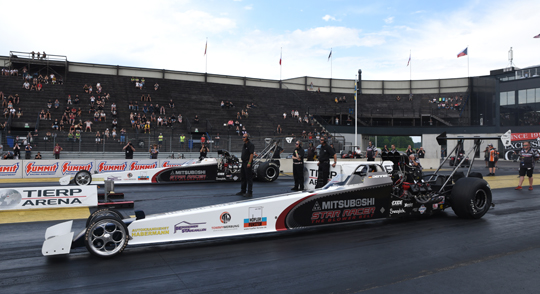 Who can beat the Habermanns?

At both Santa Pod and Tierp, Timo and Dennis Habermann dominated the Top Methanol category with two all Habermann finals. In England Timo was the winner, while in Sweden Dennis earned the biggest trophy. That justifies the question; who can beat the Habermann brothers? Well, that answer might be easier than expected, as Jonny Lagg proved his great form at Tierp with new personals bests. The number three in the championship almost matched Timo and Dennis’s elapsed times. 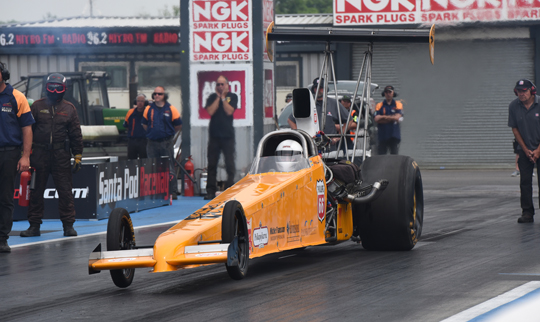 Sandro Bellio is the number four in the championship and the first Funny Car in the list. After a great maiden season in Top Methanol the young Belgian driver has been struggling with the new clutch so far this season and hasn’t come close to his almost record setting elapsed times of last year. Hopefully the family team have solved the problem and Bellio will be back to fight for race wins. 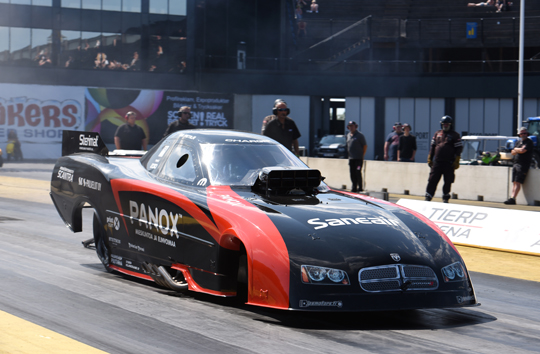 Mikael Larsson and Ari Pietilä had some mechanical problem in Sweden, and especially Pietilä will be determined to go fast, as he has to defend the Finnish Funny Car colours in Alastaro. As everybody will know, Johnny Oksa had a very bad top end crash at Tierp, and because the once so beautiful Mustang was almost totally destroyed, ‘The Beast’ is sidelined for the rest of the season. It was the planning that Petteri Liimatainen would be back in action at Alastaro after the 18-year-old Finn had to withdraw his entry at Tierp after a road accident at home. The latest news is that Liimatainen is still not able to race and that the team will let another young driver do some licencing runs in the car. 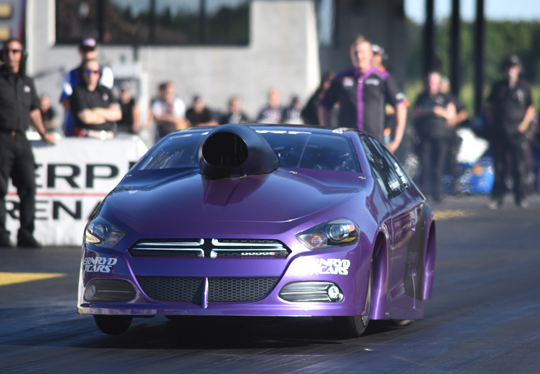 Can Bengt Ljungdahl strikes back?

Bengt Ljungdahl is the reigning champion and claimed the number one qualifying position in Santa Pod and Tierp. But the VP Racing Fuels supported driver is only third in the championship as to everyone’s surprise, Ljungdahl was eliminated in the first round at both races and hasn’t won one round so far. The reigning champion will be out for revenge and is still one of the title favourites. Last year’s runner up Stefan Ernryd is now leading the championship, and with a win at Santa Pod and runner up finish at Tierp, the Dogde man is the most consistent driver so far this season. 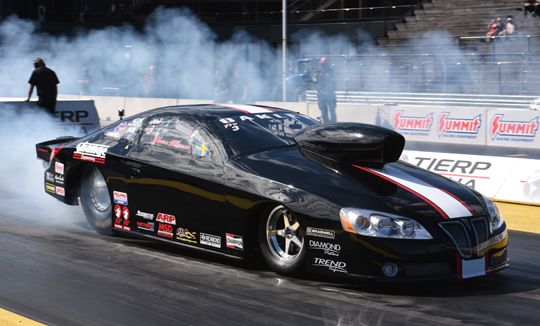 Michael Malmgren found some extra speed and after his glorious victory at Tierp, the (in his own words) ‘old man is back’ and he is the number two in the championship. In his second full Pro Stock season Robin Norén did extremely well with a runner up finish in England and his first 5.9-second run at Tierp. Don’t be surprised when his young driver upsets the competition again. Jimmy Ålund is running a limited Pro Stock programme this season, but as the 10-time champion proved at Tierp, he has one of the quickest and fastest Pro Stock cars and is a favourite in every race he enters. 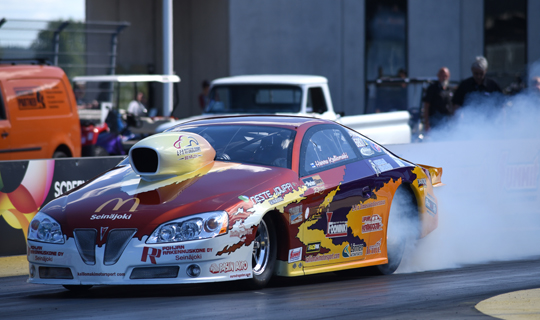 Hannu Kalliomäki and Sampsa Palos are the Finnish drivers in the field and they will get all the support from the local fans. Together with Tommy Leindahl they can always surprise and spoil the title chances of the favourites with a first round, or maybe even semifinal win. 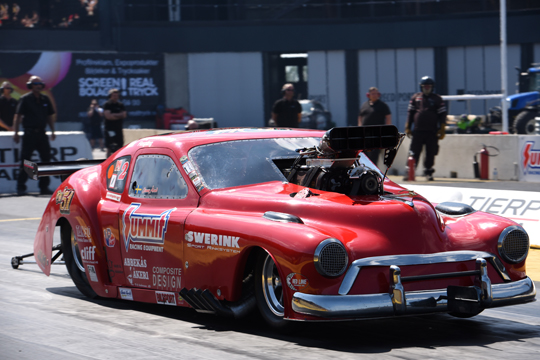 A tough fight in Pro Modified

After two races one thing is for sure – the competition in Pro Modified is tough and ruthless and at least seven or eight of the fourteen entrants at Alastaro can win the race. Jimmy Ålund is the most consistent driver so far this season and although ‘The Swede’ hasn’t won a race, he is leading the championship after two runner up finishes. 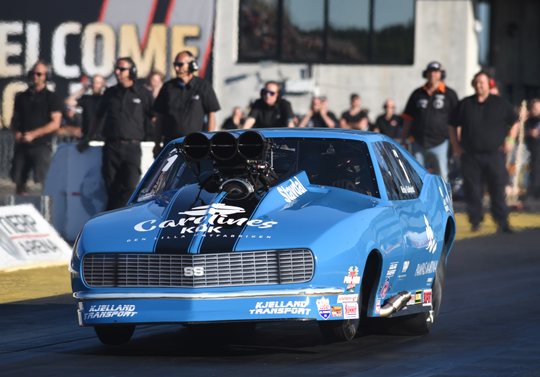 Michael Gullqvist won the opening round in England and is only nine points behind in second position, while Jan Ericsson is the big surprise in the top three after two great races with new personal bests. Norbert Kuno is in fourth position, but the German is the only top six driver who is not at Alastaro. 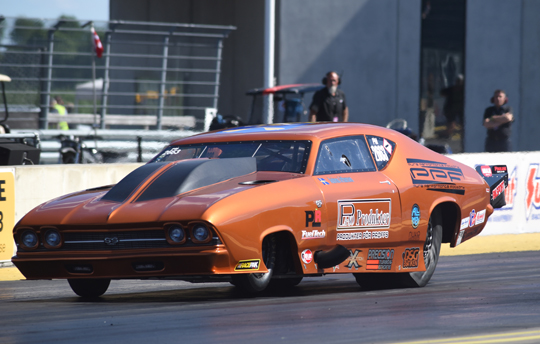 Andreas Arthursson and his beautiful turbo Chevelle stunned the European Pro Mod world with almost record setting runs and their first FIA victory at Tierp. It will be interesting to see if they can go for back to back wins. David Vegter is the number six in the championship and after a flying start at Santa Pod, the Dutch racer suffered engine problems and a first round exit at Tierp. Vegter will be out for revenge, especially as he had to miss last year’s final at Alastaro after problems in the semifinal. 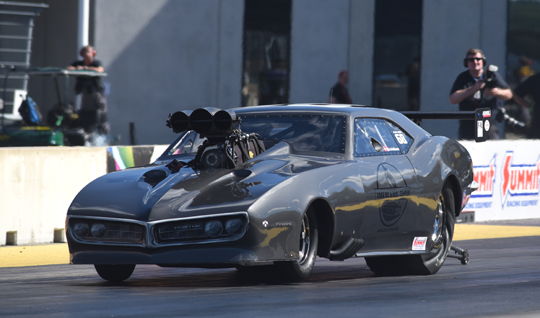 Kim Kristiansen showed the great form of his Firebird with new personal bests and can surprise. Behind the Dane, Bruno Bader is only ninth in the championship. The Swiss driver, ‘mister consistency’ in recent years, is struggling with engine and traction problems, but when Bader has everything in control again, he is still a favourite for race wins. Roger Johansson was back in the 5.9 seconds at Tierp and is a force to be reckoned with. 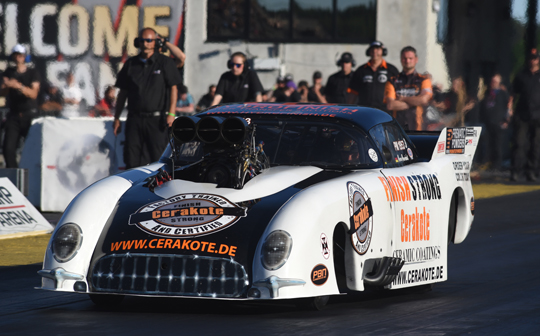 The same is true for Marco Maurischat. The only German representative at Alastaro reset his personal best at Tierp and as far as we know, it’s his first visit to Alastaro. 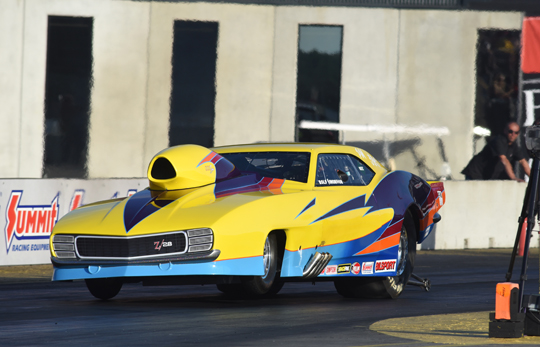 From Sweden come Micke Johansson, Peter  Kunc, Rolf Simonsson, Matts Logren and Lars Järpler, who impressed with new personal bests in his first FIA races at Tierp. All five drivers might not be among the favourites for a race win, but in eliminations everything is possible, as has been proven several times this season.