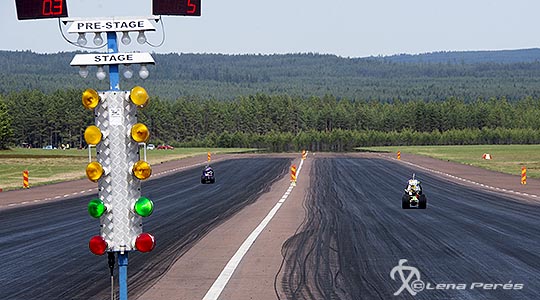 Midsummer Festival at Tallhed Raceway is next up in the schedule and we really hope you have registered for the event. If you’re a racer it’s the best way to celebrate the longest days of the year at this track. 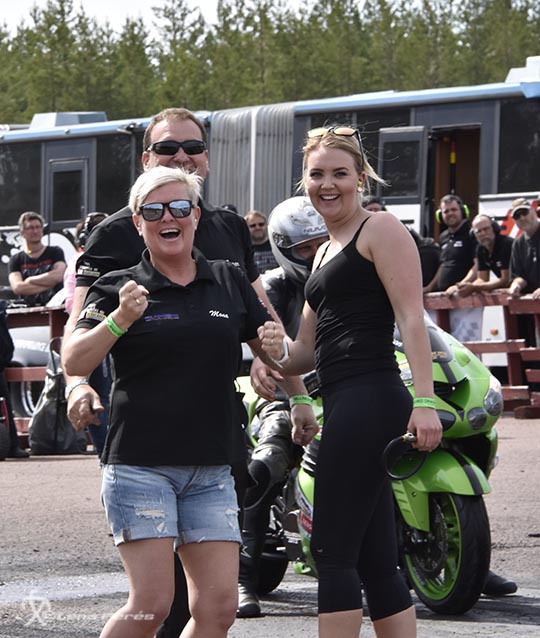 Over 151 teams understand the value of being at Tallhed Raceway over the midsummer weekend. It’s in the midsummer heaven of Dalarna and at a racetrack where many friends will be as well. There will be teams coming from Denmark, Finland and Norway. In Super Comp, Mikael Nilsson is going to have a hard time with the Norwegians who are frequent visitors to the track. But he’ll maybe have some support from Finnish driver Kevin Danielsson

The leader in the Pro Street standings, Mikael Norén, is coming and we will also meet Christian Kongshem, who won the class at the Tierp Internationals. Anna Knutes, third in the table at the moment, is of course showing up as this is her home track. 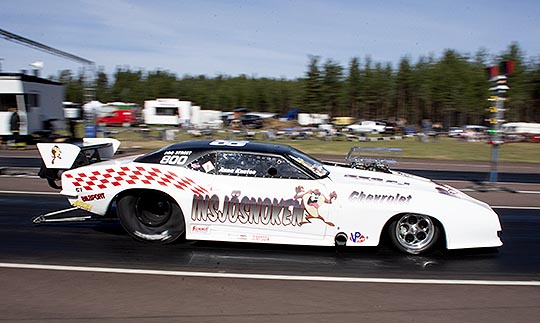 The same with Annica Larsson who is at the top of the points in Super Gas. She obviously wants to keep that position but after the Tierp Internationals, she and Patrik Wickström are sharing the lead. Both drivers carry 211 points when they enter the Midsummer Festival 2018.

This is also the second of three events at this track in the Super Series for Pro ET and Super Pro ET. Seven teams in Super Pro ET and all of 39(!) teams in Pro ET is going to fight over the points that in the end will take the winner of those three events to the finals at Tierp Arena in August.

Junior Dragsters is the second biggest class at the event. With 29 teams registered it’s going to be a hot hunt for points this weekend. As far as we can see at the moment, the point leaders in both Jr Dragster central and north have not registered though there are a few entries that have not been named in the event list yet. No matter, a big Jr Dragster event is coming up here. In Jr Bike we have points leader Samuel Rundström entered to race.

Expect a hectic midsummer race weekend and if you’re not racing, take the opportunity to go there anyway. You will not only meet a lot of drag racing enthusiasts but also a lot of very nice and friendly people to just hang around with. And a traditional midsummer celebration is on, of course.

Classes to race at the Midsummer Festival: