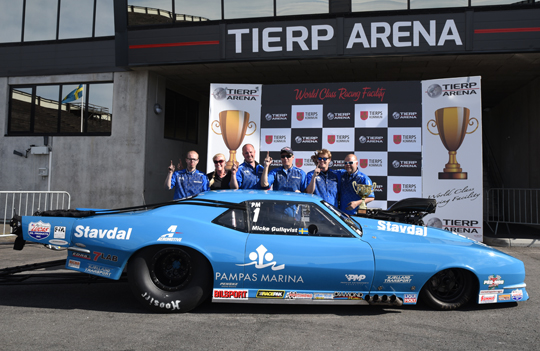 Michael Gullqvist won his third consecutive FIA European Pro Modified Championship in 2017, his sixth FIA title out of the last seven years and the seventh FIA title in the Swede’s illustrious Pro Mod career. Gullqvist claimed that seventh trophy in style as he only lost one elimination round this season, scoring an almost perfect 19 to 1 win/loss ratio and reset the European record to 5.833 seconds at Tierp Arena in August.

The 2015 and 2016 FIA European Pro Modified champion started the season at Santa Pod with two round wins when rain brought an early end to the first race of the season. Once again Tierp Arena was Michael Gullqvist’s territory with a number one qualifying position, a race win and a European record. At Alastaro the Swede was again the number one qualifier but was defeated in the semi-finals, his only elimination round loss of the 2017 season! But Gullqvist bounced back with a win at Hockenheim and was once again unbeatable at Tierp Arena with a win and a new European record. At Santa Pod Gullqvist clinched his seventh FIA European Pro Modified Championship with three round wins and a place in the final (which wasn’t run due to rain). 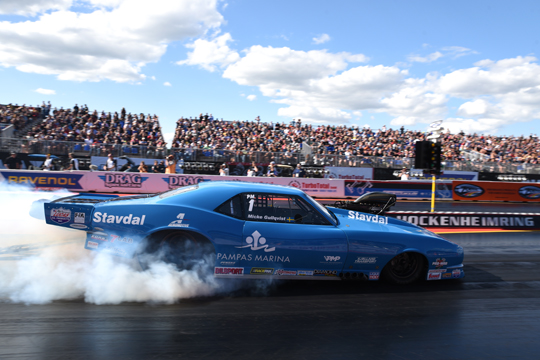 The multiple champion looks back at another great season. “It was our seventh FIA Championship win. With only one single round loss during the season, it also resulted in an all-time FIA Drag Racing high score points record. We ran strong the whole season, but after taking out Jimmy Ålund in the semis at Hockenheim and winning the event, we were hard to catch. There we made the difference. I’m proud of our 19-1 win/loss ratio in 2017. That’s hard to beat and almost a perfect season. I’m also proud of the fact that we’ve been able to win the championship six times more than any other FIA PM team.” 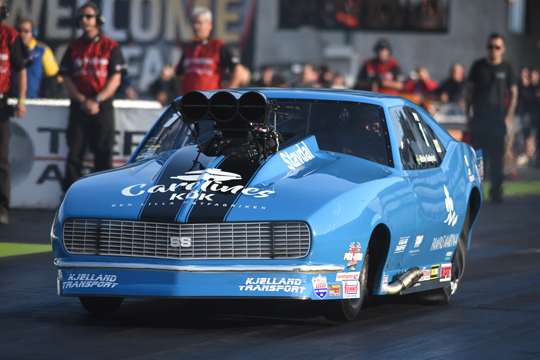 But with all prize giving ceremonies long gone, it’s time to prepare for the new season. “We are just making some small changes, just trying to improve things that have not been perfect. The plan is to run the FIA Championship and most likely the EDRS event at Gardermoen, Norway. The new Gardermoen track had more traction than any of the other tracks last year and we owe it a really good run.” 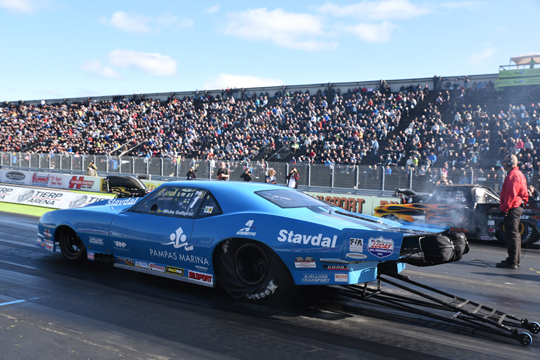 As a 7-time FIA European Pro Modified champion, Gullqvist set his goals high for the new season. “Our goals include winning another FIA Championship and also another EDRS Championship. While at it, we should probably shoot for another Swedish Championship too, which has been run in the qualifying sessions at Tierp. We just need to be a bit more consistent in the early qualifying runs. In the FIA Championship I think there are a number of teams that can chase us pretty good for the 2018 title, but I will limit my guessing to the top guys of last year’s championship. Jimmy Ålund and the Old 51 team will put up a fight for sure, and David Vegter is getting more consistent all the time. Some hard charging teams with turbo combinations will likely be in the mix at some point, they can for sure win races and set records.” 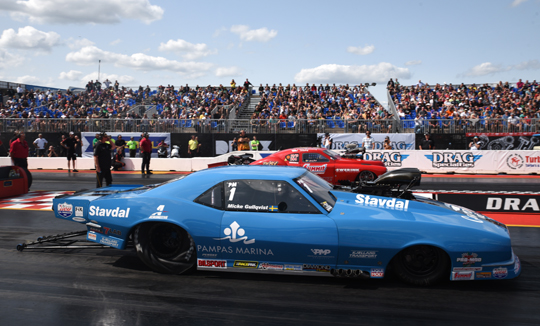 Will we see the first 5.7-second Pro Mod run in Europe this season? “As the competition steps up with quicker runs, we have to speed it up a bit too. We reset the European record two times last year at Tierp, both times in the final on Sunday. Very often, we don’t get more than 2 or 3 qualifying runs and we need a consistent tune-up to race with on Sunday. But if we’re in the final on Sunday, it means we already had three runs in somewhat similar conditions, which makes it possible to spice it up a bit and predict the outcome. Another factor is that the Santa Pod track has been updated with a new concrete surface, and that might enable us to drop down to the 5.7 seconds at some point this year.” 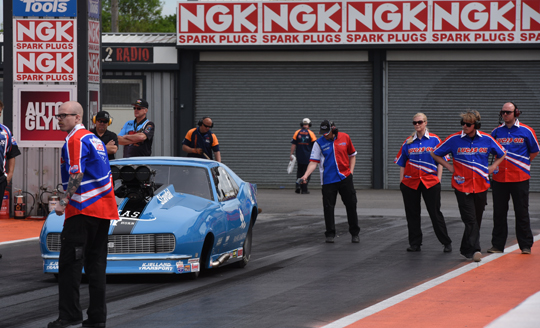 Lucas Oil, Kjelland and most of the other long-time partners will once again support the team. But there some changes in the crew, with a familiar face coming back to the track. “We had Peter Kunc with sons Simon and Acke on the team last year, and they’ve had a Pro Mod car of their own since a couple of years. This year they will race the EDRS in Pro Mod, so we had to replace them. We are happy to welcome Freddy “Turbo” Westerlind back after a one year retirement and we’re currently in the process of signing up another team member. With proven championship caliber guys like Kenny Steibert and “Turbo” on the team, I feel very confident. Åsa Johansson is also playing an important role taking on more duties around the race car.” 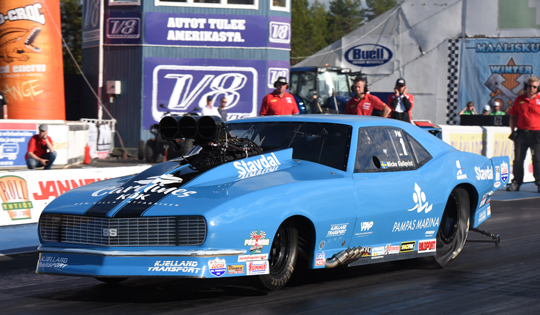