Every autumn Norway has the biggest display and showcase of cars, bikes, trucks and almost anything you can think of with two or more wheels and an engine. This year’s Oslo Motor Show was bigger than ever. Over 45,000 spectators over three days! No display in Norway gets more attention. And of course Speedgroup were there together with Norwegian Dragracing Gardermoen (NDRG) and Gardermoen Raceway. 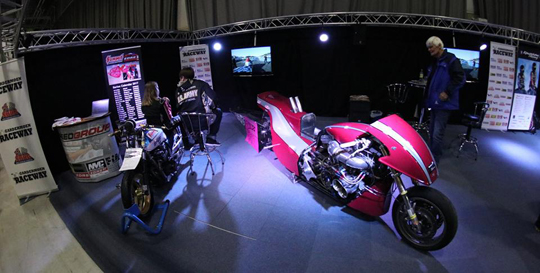 With four exhibition halls covering 30,000 square meters you have to try to be visible. On display Gardermoen Raceway had a Top Fuel dragster with driver Maja Udtian and her crew. Maja took her Top Fuel licence this year and is planning to compete in next year’s FIA European Championship. On display also Kristin Hegre and her Super Twin Motorcycle and a Junior Dragster and a Junior Drag Bike. 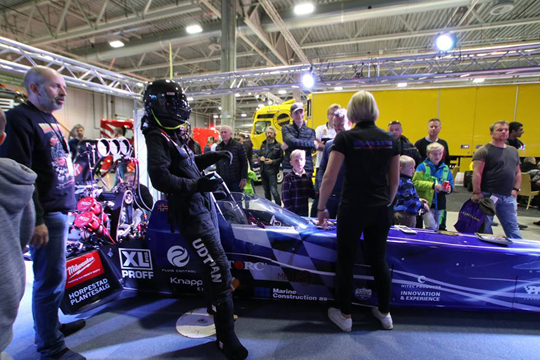 The Oslo Motor Show was a great success for Speedgroup and Gardermoen as Speedgroup’s Mikael Alfredsson handed out over 4,000 brochures! 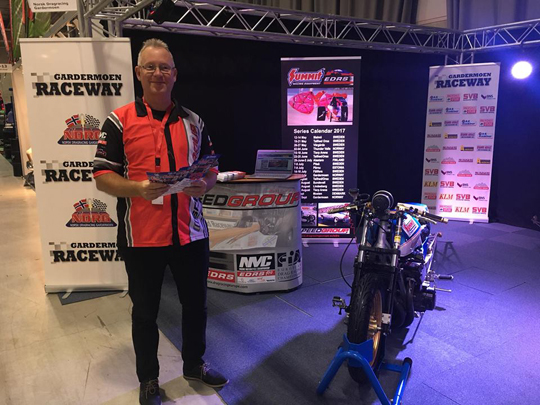 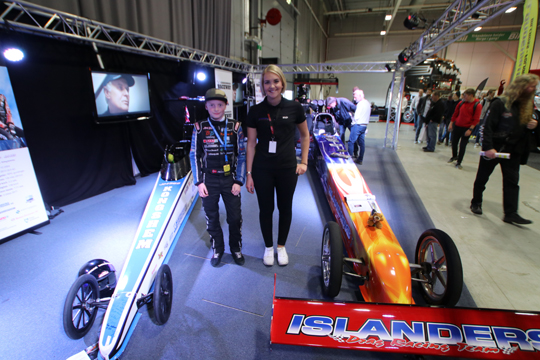 Special thanks go to Tore Ravneberg (press officer in Norsk Dragracing Gardermoen – NDRG) for the text and pictures.