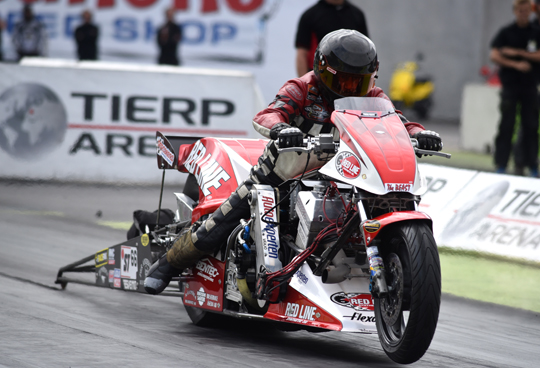 The 2017 EDRS Pro Nordic Motorcycle Championship might be over, but for at least five riders and teams the last race at Tierp Arena was not the end of their season. Their great performances at the grand finale encouraged them even more to make the big step and enter the Man Cup World Finals, held on November 16-19 at South Georgia Motorsports Park, Valdosta, Georgia, USA.

“After winning the EDRS Pro Nordic MC Super Twin Motorcycle championship the racing plans for The Beast Dragbike Team were not over yet,” started L-O Jonsson, the team’s public relations manager. “We, but especially Per and his wife, have been working extremely hard with the logistics for the Man Cup World Finals at South Georgia Motorsports Park, Valdosta, in November. We can now confirm that a 40-foot container will leave Klippan in the south of Sweden very soon to head to the USA.” 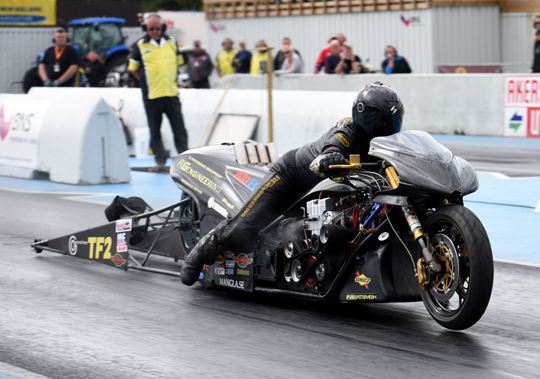 The 40-foot container will leave Sweden in cooperation with DHL Global Forwarding and will take the motorcycles of Rikard Gustafsson, Tommy Grimes, Greger Johansson, Anders Hörnström and Björn Friström to the States. “With the addition of four European Nitro motorcycles and one Super Street Bike, we hope to increase the attention from the race fans, as this is the closest you can get to a real World Championship event.” 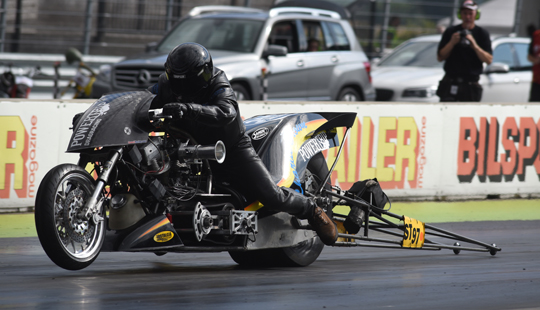 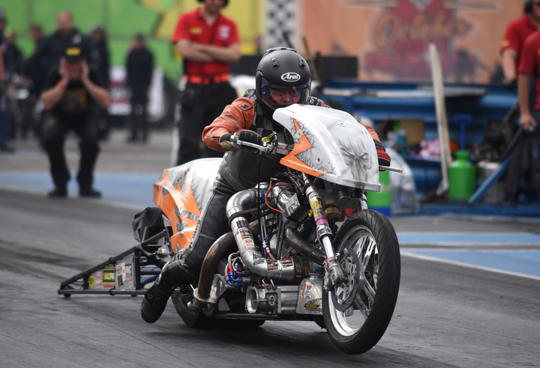 “It´s a door to door solution, and with the help of Tommy Grimes, Jay Reagan and the manufacturers in the organization we will build our US/European camp at the South Georgia Motorsports Park pit area. The plan is to test on the Thursday and Friday morning and then go into qualifying Friday evening,” said L-O. 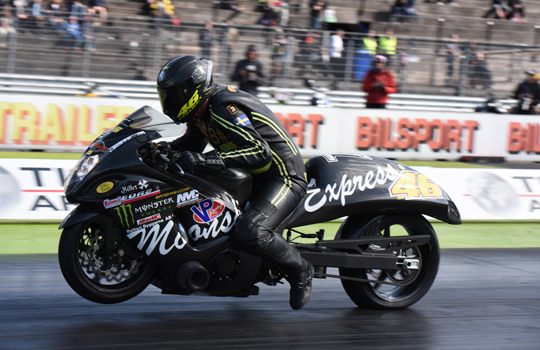 “I can’t wait to show the real potential of The Beast in front of my home fans, friends and family during the MFC World Finals,” said an eager Tommy Grimes, “and I know my Swedish boys will be taking good care of me and will make me look proud!” 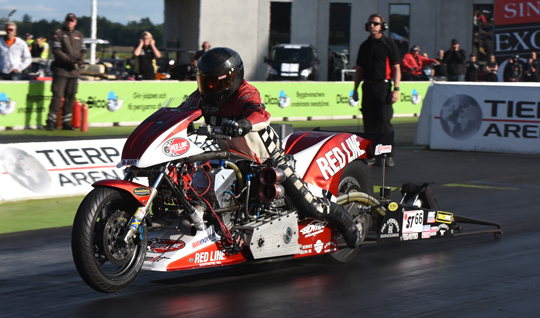 “What makes the Man Cup World Finals so special, is the fact that it’s THE FINALS, as all US and European series are finished and this is the closest to a World Championship you can get. We don’t have to make adjustments to the bike, as they combine US/FIM rules in all classes at the MFC World Finals. The race normally has competitors from all continents and we hope to face the fastest man of Japan as well,” said Per Bengtsson, owner of The Beast.