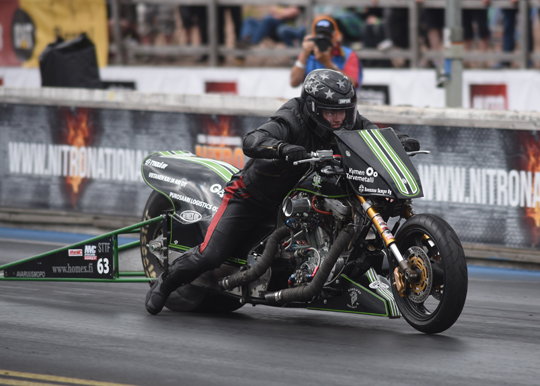 Teemu Kettula was the upset winner in Super Twin Motorcycle at the FHRA Nitro Nationals at Alastaro, round two of the EDRS Pro Nordic Motorcycle Championship. In the all Finnish final Kettula defeated favourite Samu Kemppainen. In Pro Stock Motorcycle Thomas Lysebraate Olsen won his second race of the season by defeating number one qualifier Timo Savolainen. There was also a second consecutive win for Mogens Lund in Super Street Bike as the Dane was in a class of his own at Alastaro. In Top Fuel Motorcycle Jan Sturla Hegre was the winner in Finland.

After the problems in qualifying, race day at Alastaro was almost trouble free and eliminations could be completed under cooler but excellent conditions. 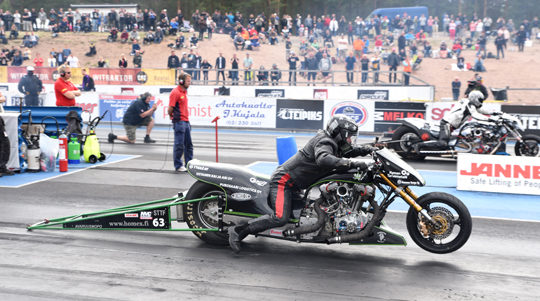 In Super Twin Motorcycle Teemu Kettula, the number six qualifier, defeated Svein Olav Rolfstad in the quarter final as the number one qualifier suffered technical problems. After a bye run in the semi final, Kettula had to face Samu Kemppainen in the final. The reigning EDRS Pro Nordic MC Super Twin Motorcycle champion came back to form after problems at the Tierp Internationals and in Alastaro qualifying. Kemppainen defeated Roman Sixta and Jaska Salakari to advance to the all Finnish final. Kemppainen was the favourite to win the trophy, but the reigning champion ran into problems and so Kettula could take the win, his first victory in the EDRS Pro Nordic Motorcycle Championship. 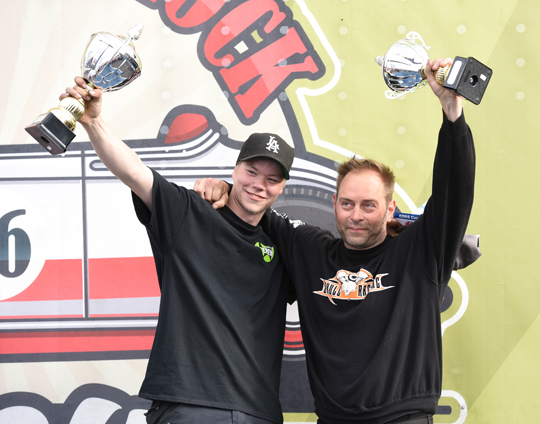 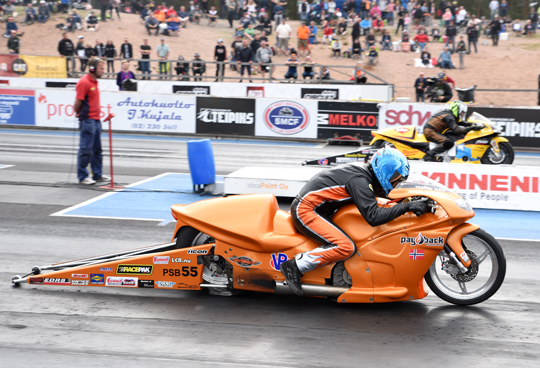 In Pro Stock Motorcycle Thomas Lysebraate Olsen from Norway defeated Kenneth Holmberg in the semi final. In the other semi final number one qualifier Timo Savolainen stormed to 7.11 seconds to defeat Alex Hope and advance to the final. In the final Savolainen pulled a red light, handing the win to Olsen, who also was the winner of round one of the EDRS Pro Nordic MC at Tierp Arena. 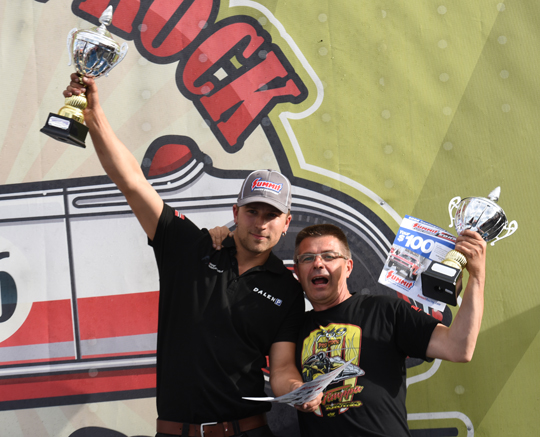 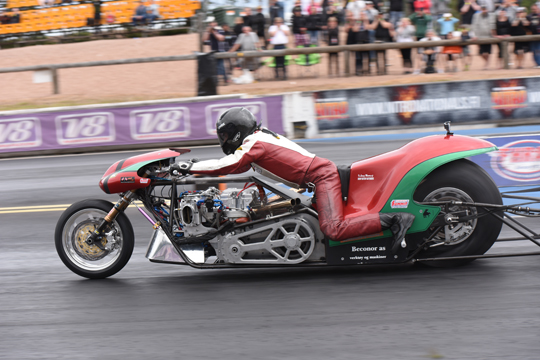 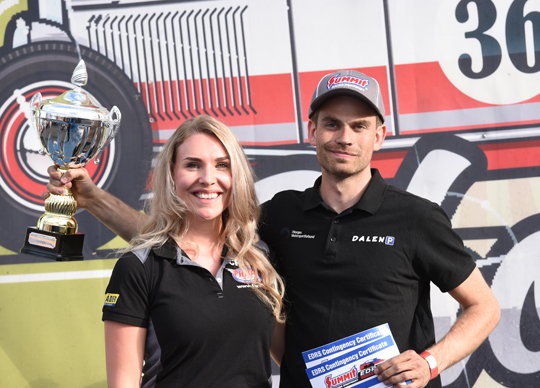 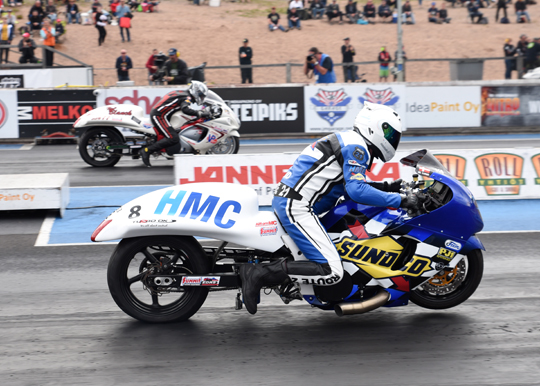 In Super Street Bike number one qualifier Mogens Lund advanced to the final after defeating Mark Hope and the Finnish favourite Vesa Ruhanen. In the semi final the Dane recorded 7.11 seconds, a new best elapsed time of the event. In the final Lund had to face Anders Blanck as the Norwegian rider was too quick for Kim Hilander and had a bye run in the semi final. In the final it was once again Lund who was in a class of his own, and took the win. It was the second consecutive win for Lund as the Dane also was the winner at Tierp Arena two weeks ago. 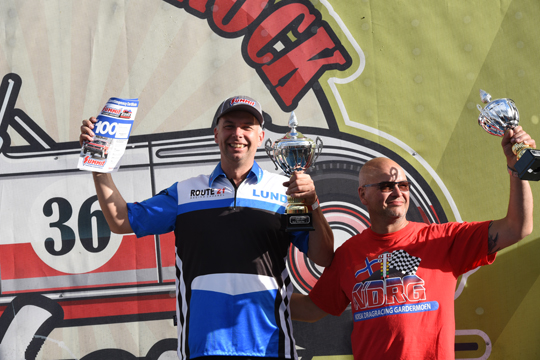 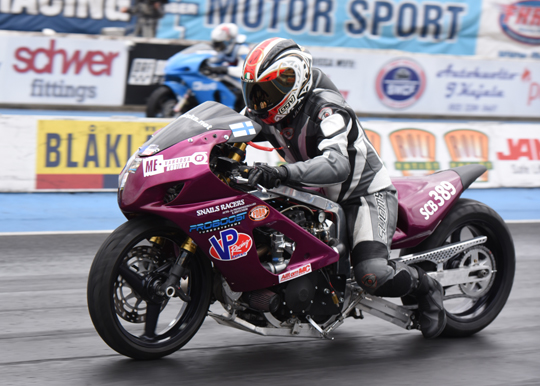 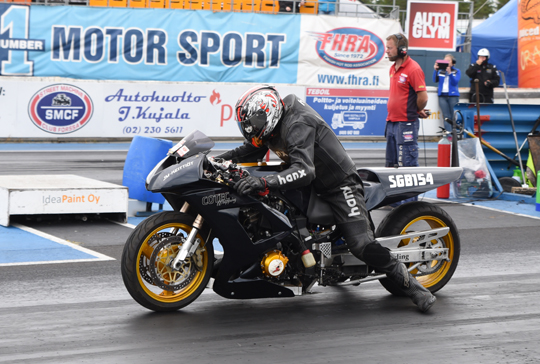 For all results, more photos and championship standings, see http://www.edrspro.com/