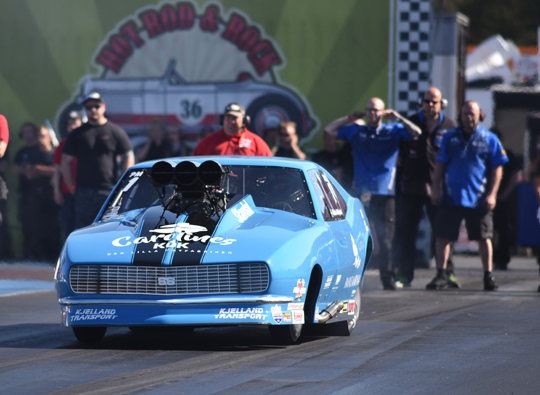 Four reigning FIA European champions are the leaders after the first day of qualifying for the FHRA Nitro Nationals, round three of the FIA European Drag Racing Championship at Alastaro, Finland. In Top Fuel Anita Mäkelä raced to the number one qualifying position. In Pro Modified Michael Gullqvist was quickest and leads the field with two more qualifying sessions to go. In Pro Stock 10-time FIA European champion Jimmy Ǻlund is the number one qualifier, while in Top Methanol Jonny Lagg leads the field after day one.

Sunny weather at Alastaro, Finland, on the first day of qualifying for the FHRA Nitro Nationals, round three of the FIA European Drag Racing Championship. Unfortunately there were some oildowns during the day and that made it a long day for the drivers and their teams. 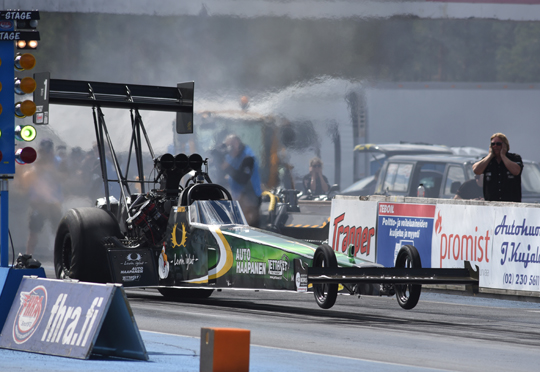 There was even more bad luck for the Top Fuel teams as the elapsed times of the first session had to be cancelled due to a problem with the timing system. On the only run that remained, Anita Mäkelä was quickest with 4.40 seconds, with ski jumping legend Janne Ahonen in second position (4.43 seconds) and Antti Horto third, making the top three all Finnish. 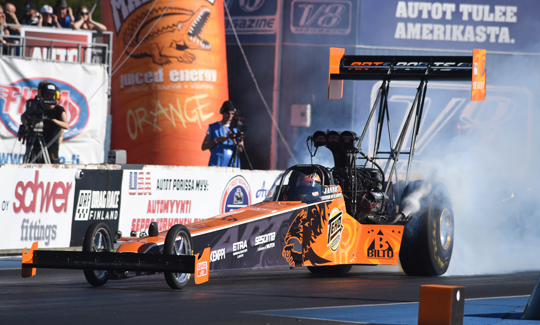 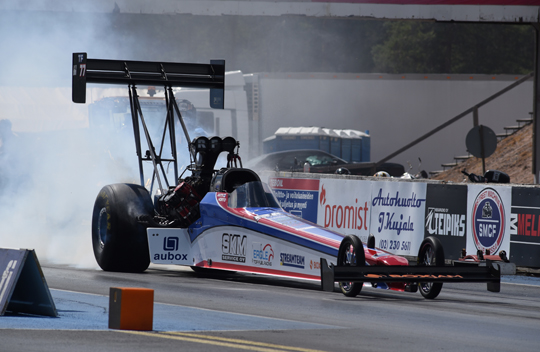 Liam Jones is fourth and the first non-Finnish driver in the 8-car field. 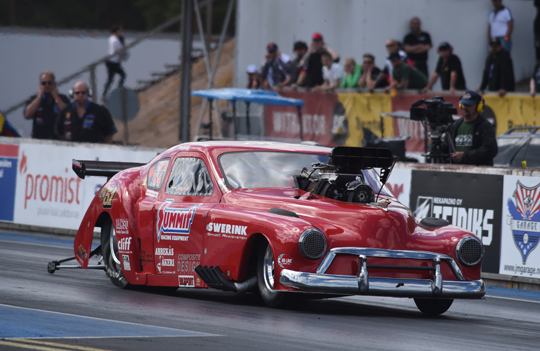 In Pro Modified Michael Gullqvist from Sweden stormed to a stunning 5.90 seconds and is the leader after day one. On the same run in the other lane Jimmy Ǻlund secured the second position with 6.007 seconds. 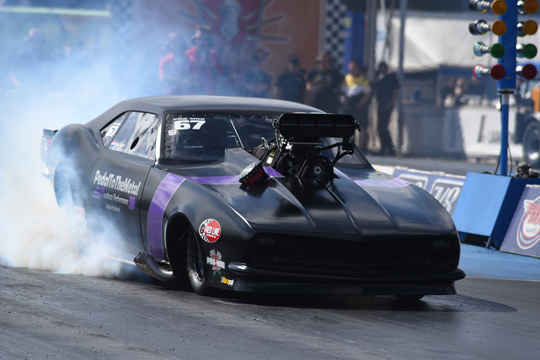 On his second run David Vegter was quickest of all competitors with 6.04 seconds and jumped into the number three position. Ǻke Persson is fourth qualifier with 6.06 seconds and Bruno Bader fifth (6.17 seconds). 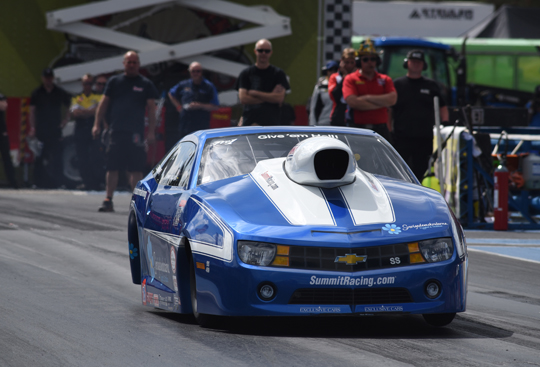 In Pro Stock, Jimmy Ǻlund, the number two qualifier in Pro Mod, stormed into the lead with 6.59 seconds. 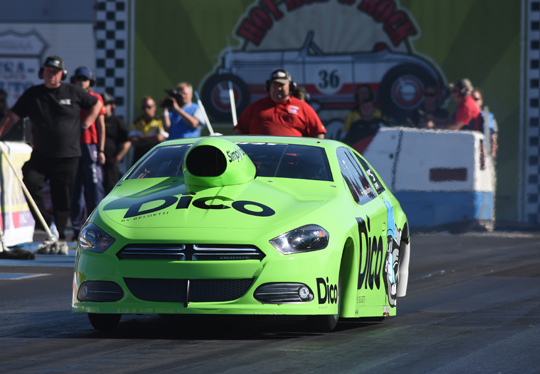 Stefan Ernryd surprised again and is the number two qualifier with 6.66 seconds, while Michael Malmgren is third with 6.69 seconds. 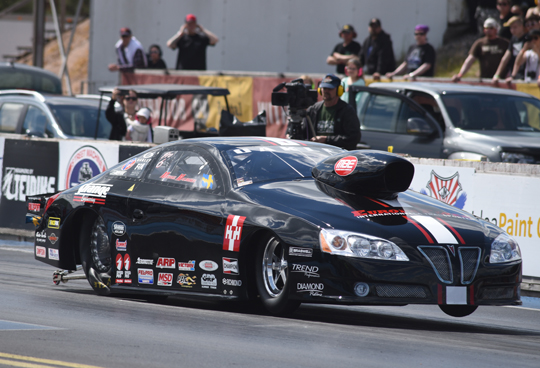 Thomas Lindström and Bengt Ljungdahl are only sixth and seventh qualifier and have some work to do tomorrow. 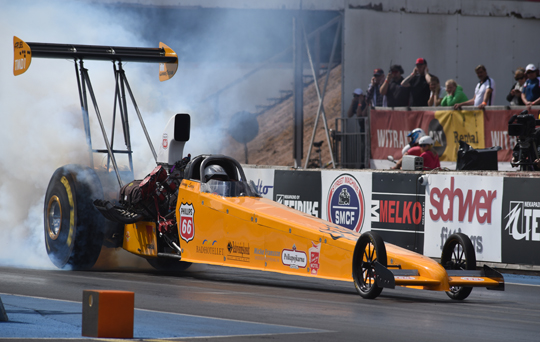 In Top Methanol Jonny Lagg is the number one qualifier with 5.506 seconds, but Timo and Dennis Habermann are in striking distance with 5.509 seconds and 5.51 seconds. 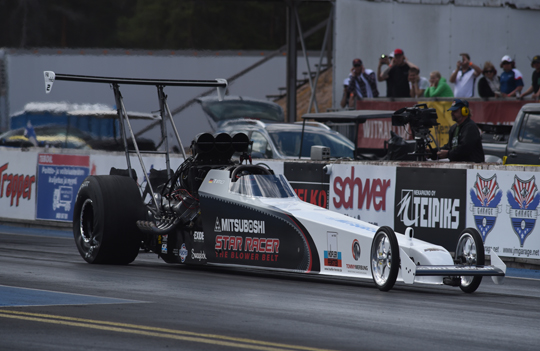 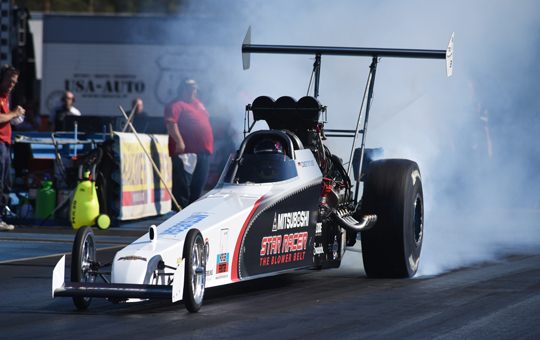 Ari Pietilä is fourth qualifier and the first Funny Car in the field.

(scroll down the page to see the results)