Speedgroup and Summit Racing EDRS Series at the streets of Mora 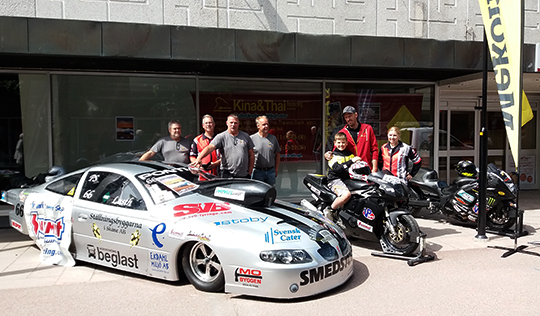 Mora’s inhabitants were given the opportunity to watch drag racing vehicles, and meet the drivers Mats Lust and his team in Pro Street, Björn and Seth Friström in the Super Street Bike and Jr Dragbike last Wednesday, just a few days before the Midsummer Festival at Tallhed Dragway. For Speedgroup, it was a new activity to showcase dragracing sports for the public in this way. 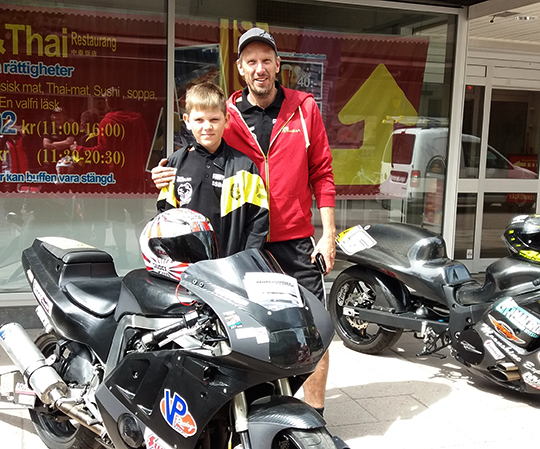 “This kind of activity opens an interest for people who have not seen and know about the sport before,” says Mikael Alfredsson, who is the iniator of the street event. And we drew many curiouse people to us during the day. We have also distributed flyers that offer a Swedish snack on the track for thouse visiting the Midsummer Festival. We have Mekonomen as a lane sponsor at the track during the weekend as well and they was also shown at the street event in Mora. 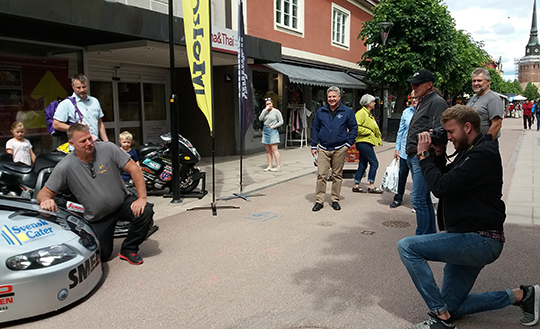 Many of the local media participated in the event on the pedestrian street in Mora. The lokal radiostation P4 is paying attentions wiht livestreaming on friday at the track between 11.00-12.00 a.m. Mats Lust, Seth and Björn Friström promoted the sport and the event at Tallhed, as well as Mikael Alfredsson and Åsa Kinnemar from Speedgroup and Mats Höjer from Night Cruisers Färnäs, the organizer of the Midsommar event.