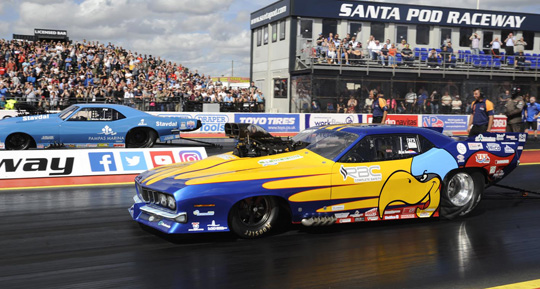 The Main Event kicks off Michel Tooren’s second season as a driver in drag racing and Pro Modified. After an extremely successful 2016 with two runner-up finishes, the number four position in the MSA British Pro Modified Championship, a stunning personal best of 6.005 seconds and the title ‘Most Promising Newcomer’, Pro Dutch Racing is looking forward to their second season with Tooren behind the wheel of the Pro Dutch Racing ’71 Plymouth Barracuda.

It’s too much to say that the Pro Dutch Racing ’71 Plymouth Barracuda is a brand new car this season, but the list of changes and new parts is almost too long to mention. But let’s give it a try. First of all the engine will have news heads, designed and fabricated by Post & Dros Racing Engines & Parts in The Netherlands. With the new heads, also new pistons and connecting rods were needed. Except the block itself, almost everything inside is new. With the different size of the heads, the spark plug cables and all hoses also had to be renewed. The injector is also new. As the rear axle gave some problems at the end of last season, a new billet rear axle was ordered with Tim McAmis Race Cars, the company that built the Cuda a few years ago. With all the adjustments the team had to make to the four link, the back of the car is almost brand new and as it was when Tim McAmis delivered the car. To reduce some weight, there is a new carbon fiber wheelie bar. And to finalize the ‘short’ list there are also new Weld Racing rear wheels and new lexaan windows in the Cuda. The gear box was also checked and rebuild during the winter. There are no fewer than eleven new sensors in the car, including the ones on the carbon wheelie bar. 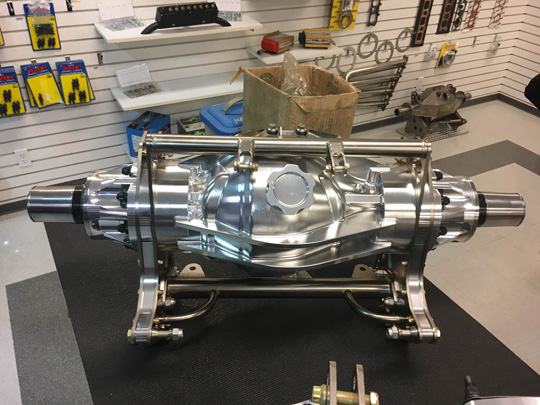 Because many parts didn’t arrive in time, Pro Dutch Racing had to skip the first race of the season, The Festival of Power, round one of the MSA British Pro Modified Championship. As it will almost be impossible to win the championship after missing one round and the bonus points, Pro Dutch Racing changed their original plan to do the British championship and will now go for a full tour in the FIA European Pro Modified Championship, something Michel Tooren had his focus on from the first moment he started his racing career, one year ago. Only when there are serious problems at The Main Event, the team might rethink this decision. 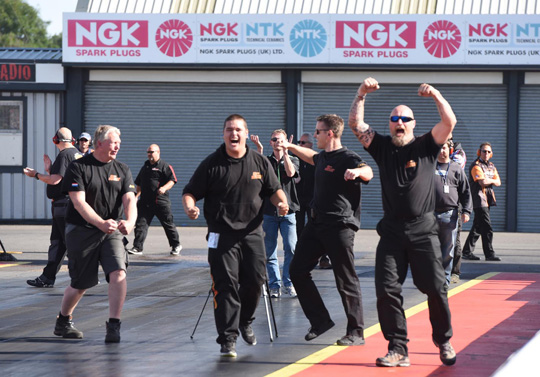 As usual, the Pro Dutch Racing crew will be the same as last year. Jaap Oonincx, Leon van der Linden, Anton Vink, Arjan van Bemmel, Jan Selles are back again and the same can be said about Alexander Durinck, Bianca Booij and Wim Verkerk. Benjamin Selles, Jan Selles’ youngest son, is ‘new’ to the team. Benjamin joined the team last season at only a few races, but will be a ‘full time’ crew member this year. 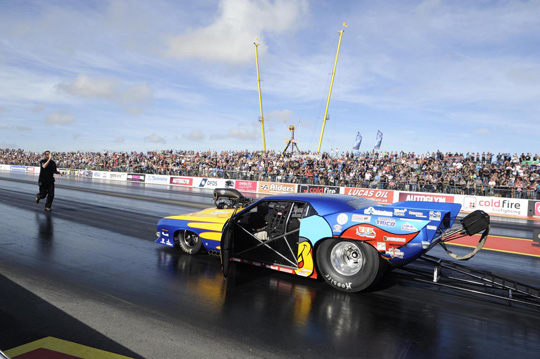 Last but not least Pro Dutch Racing moved over to a new workshop at the end of last season. They can store the racecar and truck trailer combination inside now and have a separated engine and fabrication room.

Pro Dutch Racing will arrive at Santa Pod Raceway Thursday morning May 25 and will try to make one or two test runs at the Pro Peak Performance Test and Tune Day.