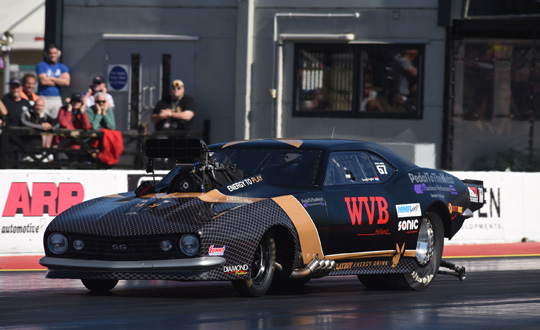 There are only two weeks left before the season kicks off and there is still an awful lot of work to be done. “But we will make it. Finally we have all the parts we were waiting for and we can start building again,” said David Vegter, driver and driving force behind PTTM Drag Racing, the Dutch Pro Modified team that have been frontrunners in the FIA European Drag Racing Championship for many years now. “With The Main Event, the 2017 season finally kicks off on Saturday May 27, and I’m really looking forward to the coming season,” said Vegter.

The Main Event at Santa Pod Raceway is the traditional start of the FIA European Drag Racing Championship. After the season kick off in England, David Vegter and his team PTTM Drag Racing will travel to Tierp Arena (Sweden), Alastaro (Finland), Hockenheim (Germany), once again Tierp Arena, to come back to where it all started, Santa Pod Raceway. 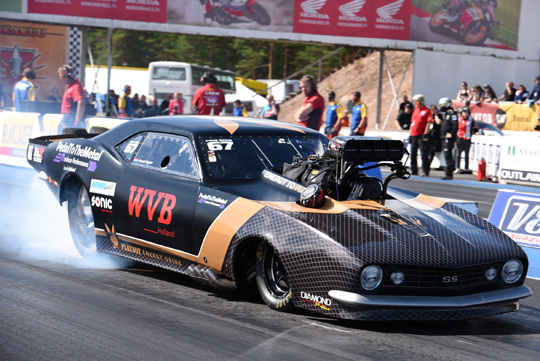 Vegter and PTTM Drag Racing, formerly called Vegter Pro Mod Racing, are working around the clock to get their operation ready for the first race of the season. “Unfortunately not everything went according to plan. Last week the last parts we were waiting for arrived, and finally they sent us the right ones. We can start assembling the engine and as far as we didn’t do so far, we can finish the rebuild of the car. There is still a lot of work to be done, but we will make it,” said Vegter, who is looking forward to the start of this season. “Yes, I’m really looking forward to it. Last year was extremely busy and hectic. This time we will focus on the FIA European Championship only and nothing else. There are 23 entries for the first race of the season and several teams will do the full championship tour, so competition will be tough.” Vegter will once again rely on the familiar ’67 Camaro, but as usual, the car was stripped and updated during the winter. Last season, at Tierp Arena, Sweden, Vegter broke the 6-second barrier for the first time with a stunning 5.958 seconds and ended the FIA European Pro Modified Championship in fifth position. 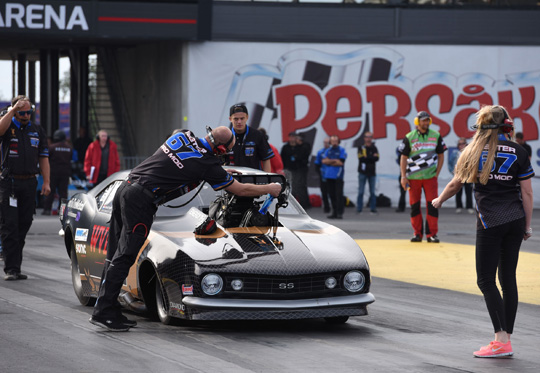 As a result of the closer cooperation with sponsor and partner PedalToTheMetal Musclecar Performance the name of the team changed into PTTM Drag Racing. The changes in the crew are less dramatic. “Gerard, Willem, Johan and Elin are back for another season. Nik will help us in the workshop, but has no time to come to the races. After a one year break, Gijs is back in the crew and will be with us at three races. Last but not least, I will do the tuning of the ’67 Camaro again this season,” said Vegter about the 2017 crew. 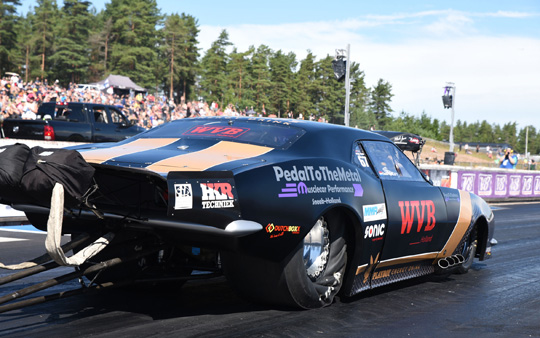 New for this season is the team’s truck and trailer combination. “After many years, we had to say goodbye to our team bus. A trailer is so much easier for the ever increasing number of race parts and other stuff we have to take with us. We bought the trailer from another race team, so we didn’t have to change that much. It’s in the paint shop at the moment and before the Main Event the decals will also be in the right place.” 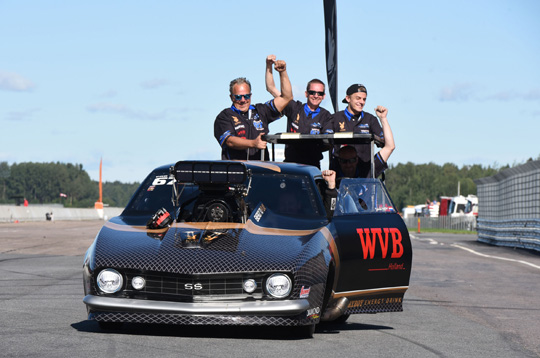 Longtime loyal partners WVB Holland and HKR Techniek have extended their partnership with the team, and the PTTM Drag Racing ’67 Camaro will also be supported again by Sonic, DutchBoxx Golfkarton and PTTM Musclecar Performance. Red Line Oil Scandinavia is the team’s new lubricants partner for 2017.

Qualifying for the Main Event will be on Saturday and Sunday May 27th and 28th, and eliminations are scheduled for Bank Holiday Monday May 29th.