Ten is more than just a number for Jimmy Ålund 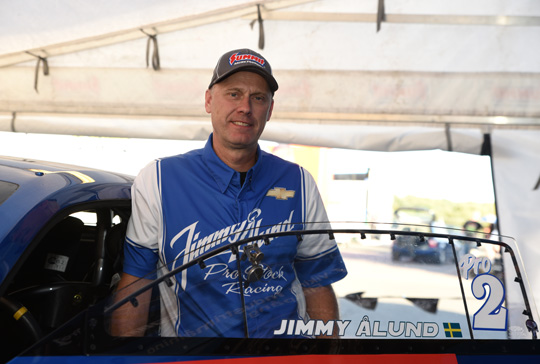 Last year, Jimmy Ålund reached a milestone by winning his tenth FIA European Pro Stock Championship, making the Swede by far the most successful European drag racer in history. But now it’s time to recharge the battery and explore unknown territory behind the wheel of Magnus Petterson’s Old 51 Pro Mod. “I’m really looking forward to a season in Pro Modified, but it’s not the start of a goodbye to Pro Stock as we will also do a limited schedule with our Pro Stock Camaro and take the opportunity to test some ideas we have,” said Ålund about the coming season. 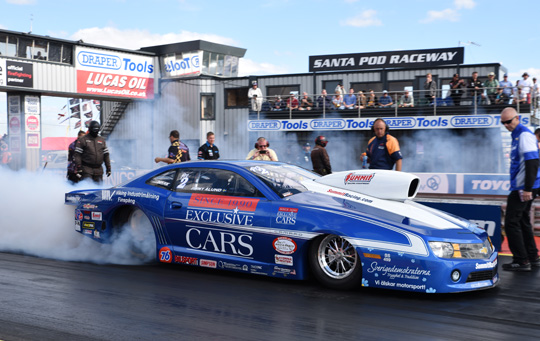 Jimmy Ålund started drag racing in 1986 and after a very successful period in several Sportsman classes, Ålund stepped up to Pro Stock in 2003, to dominate the category with ten FIA European titles out of 14 years of racing. After a runner-up position in his first season in the FIA European Pro Stock Championship, Ålund won the title from 2004 up to and including 2009 and in 2011, 2013, 2014 with that magic number ten in 2016! 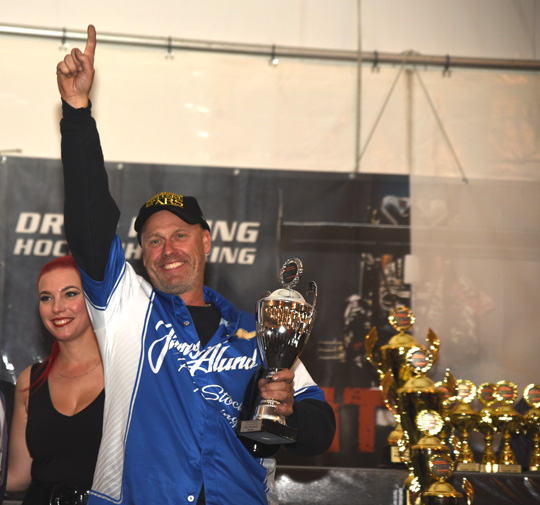 “That tenth title was very special. When you have five or six, you don’t even think about ten titles. But when I reached that number eight or nine, then you want to go up for number ten as well. It’s a nice number and something nobody else has ever achieved in Europe. It feels like an accomplishment, it’s special,” said Ålund, who had another highlight in his career with his historic NHRA Four-Wide Nationals win at zMAX Dragway in April 2014 in the Ken Black Summit Racing Camaro. KB Racing have been Ålund’s engine supplier for many years and the Swede was asked to stand in for multiple time NHRA champion Greg Anderson for the first part of the 2014 season. 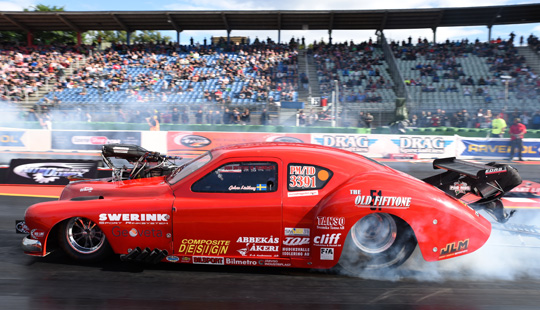 But Ålund will not defend his 2016 FIA European title and so there won’t be an 11th Pro Stock championship this year. Ålund will drive Magnus Petterson’s Old 51 Pro Mod this season and will only do a selected number of races in his Pro Stock car. “Eleven is a nice number, but at this moment I don’t feel it will give me something extra, or a better feeling compared to that tenth title. The last 14 years took so much energy, I don’t have the drive or desire to go for that number eleven now. I have to recharge the battery and to do something new will help me in that process. To be successful in Pro Stock, you have to live Pro Stock for 24 hours a day. It asks for absolute dedication. You see that in the States with successful racers as Warren Johnson and now Greg Anderson and Jason Line, they live Pro Stock 24 hours a day, 365 days a year. I think that was also the reason why we were so successful, but it also took a lot of energy. Driving the bus through Europe, servicing the car at the track and in the workshop, keep the team running, also financially, and of course the business at home. The Pro Mod is a new adventure I’m really looking forward to. Magnus has a great team with a lot of experience and knowledge, so I don’t have to worry about that. And I can fly to the track, so it won’t take so much time as it did in the last 14 years. The Old 51 is a good and fast car. Petter Greborn, my mechanic in all those years and who played such an important role in all the Pro Stock successes, will come with me to the team, and maybe with some of our ideas we can even make a small step forward together.” 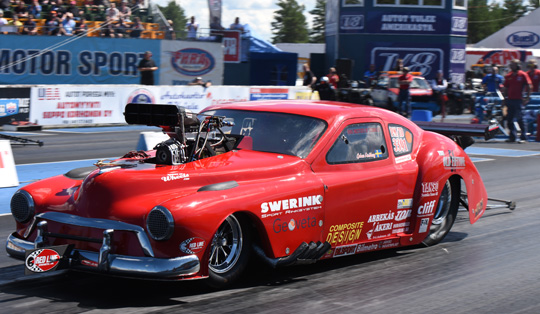 But it’s not the start of a final goodbye to Pro Stock for Ålund, and the ten-time FIA Pro Stock champion might even come back stronger than ever before. “My heart is in Pro Stock and naturally-aspirated engines. In Pro Stock you only have 1,500 bhp and you will have to use every single one of them to win a race. Everything has to be 100% perfect in Pro Stock. It doesn’t matter how long you are in this class, you still learn from every race. Most of the time we do something wrong, but when everything comes together and you win, you know you did a good job and that makes that feeling so great, it feels like you accomplished something.” 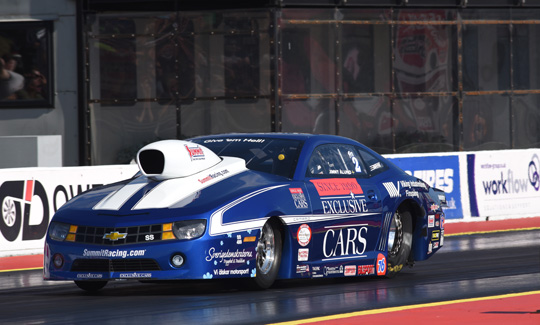 Ålund will enter three of the FIA European Championship races this season. “Finally we can do some testing this season. When you look at the championship, then you will see that most of the times they were won or lost with extremely small margins, sometimes even one round win made the difference. So you had to go down the track every qualifying round, as you couldn’t afford to give away points to your opponents. That made it so that there was no opportunity to test new things. We have some ideas but can’t test that at races, and as there is also no opportunity to rent a track and go testing for a weekend, you keep doing what you always do. We think there is more in our combination and this season is a good opportunity to do that testing and see if it works, as we don’t have to chase for points or a championship. We will decide later this year what we’ll do in 2018. Maybe I like Pro Mod so much, I’ll do that again,” said Ålund. But don’t be surprised to see the ten-time champion back for number eleven in 2018, as once a Pro Stocker, always a Pro Stocker! 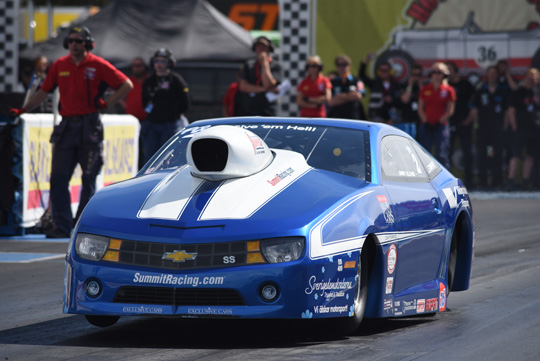