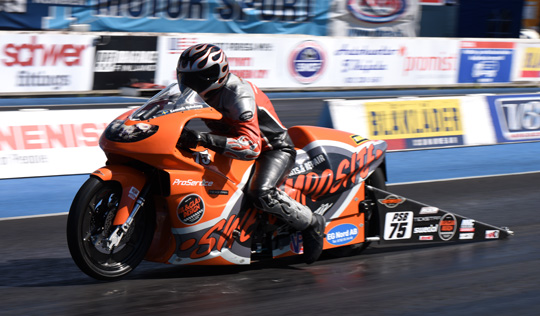 The 2016 season was one Kenneth Holmberg would like to delete from his memory. The Swecomposite Pro Stock Motorcycle rider was hit by all kinds of mechanical problems and bad luck. “We decided to forget what happened and are looking forward to the 2017 season,” said Holmberg, who will do the EDRS Pro Nordic Motorcycle Championship and FIM races as well. 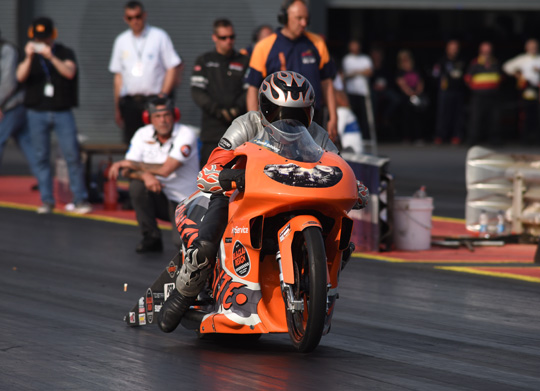 After an almost trouble free 2014 and 2015 season, with great results and personal bests, the 2016 season is one Kenneth Holmberg would like to forget as soon as possible. “We had a lot of problems and bad luck. The year started with a broken thumb after a mountain bike ride. I could only start the season at Santa Pod Raceway with plaster. But what followed, was even worse. We broke several engines and we had to call an early end to the season,” said the Pro Stock Motorcycle rider from Norrtälje, Sweden. 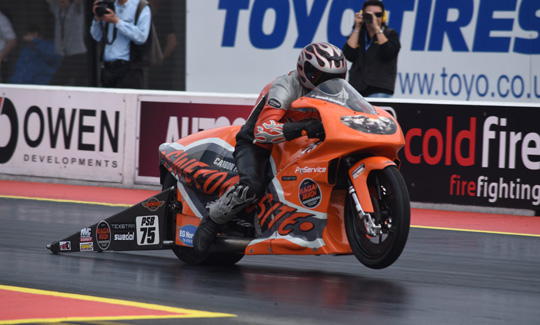 But the Swecomposite Racing Team decided to forget what happened and quickly look forward to 2017. “We updated the engines with a lot of new stuff. Thanks to our loyal sponsors we now have a competitive spare engine. We will start the season with some test and tune runs, probably in Malmö. Then we will go to Santa Pod Raceway and do all the FIM races and the EDRS Pro Nordic Motorcycle Championship as well, including our ‘home track’ Tierp Arena as one of the highlights of the season,” said Holmberg, looking forward to the start of the new season. 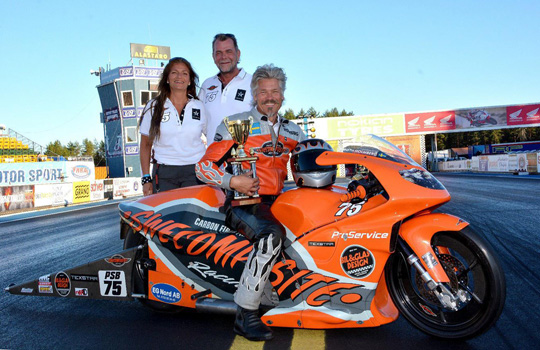 The Swecomposite Racing team members for several years have been Gabriella ‘Gabbi’ Nikolovska and Kent ‘Kenta’ Carlsson, and they will be back in 2017. “And as usual we will get great help from family and friends at the events. Huge thanks go out to our sponsors: Swecomposite, Texstar, Hyresbostäder Boliden, EG Nord, Swedol, Red Line Oil, Yniq, Bilglasdesign, ProService. Without them, this would not be possible,” is the last thing Holmberg would like to say. From now on it’s time to let the Swecomposite Pro Stock Motorcycle do the talking again.