Jr dragster driver first to get a NHRA license outside USA 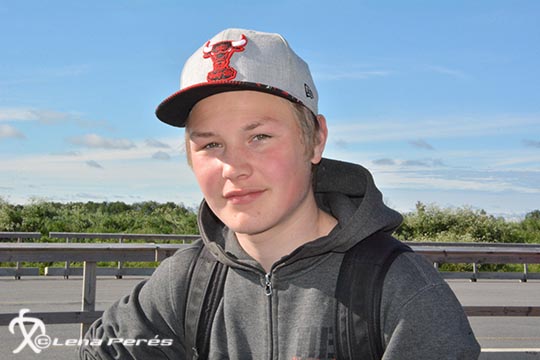 Petteri Liimatainen, 16 years old from Finland, finished his junior career with a 3rd place in Central Division in the EDRS series last year, has now obtained his NHRA license. He attended Frank Hawley´s Drag Racing School´s 2-day Super Comp dragster class in Gainesville, Florida in March 2016. Thus, he became the first 16-year-old student from outside the USA to graduate the class and get the NHRA license.

It was always a big dream of his to be able to continue racing in a faster class in a bigger dragster. He got to meet the NHRA champion and nice guy Jonnie Lindberg at the Speedgroup prize ceremonies in Upplands Väsby last November. It was probably when Jonnie asked Petteri ”What´s next, the USA?” that dad got his brilliant idea. Back home a hectic planning started immediately. After lots of phone calls and piles of papers we were ready for our first unforgettable trip to the USA.

During the two busy days on the course the participants got to know an awful lot about the most important things in drag racing. Not only the physical and technical, but most of all the mental side. Everything what is needed give the best performance on the track.

Everyone got to make six full throttle runs progressively so that the first run was 200 ft, then 600 ft and a 1000-foot run. If you proceeded without reprimand the last runs were the full ¼ mile. All runs were filmed and afterwards they were shown in the classroom with comments from Frank Hawley and the students themselves.

-All of Petteri´s runs were accepted by Mr Hawley without criticism, tells Leena Nysönen mother of Petteri. This was the first opportunity for Petteri to take part in education in English and he handled it very well, too.

There was no competition element during the course but to finish it off the time slips were discussed, and we are proud to say Petteri had the fastest run with 8.15sec/263kmh! His license is a level 4, type A license for SC, with ET 7.50-9.99.

-Petteri´s first race after Gainesville was at Nitronationals at Alastaro where he raced in SPET and did extremely well, says Leena. 3rd qualifier and got through to round two, when unfortunately, the race was cancelled due to rain.

Next races were Drag Challenge in Gardermoen in Norway, where he raced in Super Comp. If all goes well, he´ll attend an NHRA race in the USA in October.  And at home dad´s got a 5.4 sec TMD in the garage waiting for Petteri to jump in quite soon.