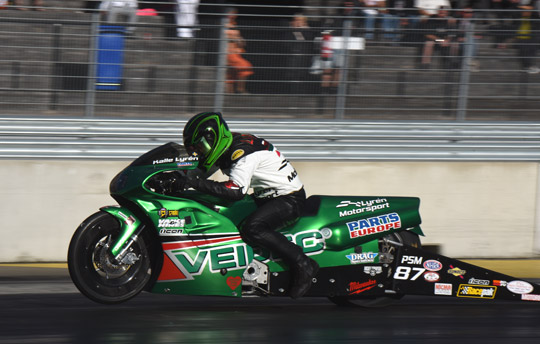 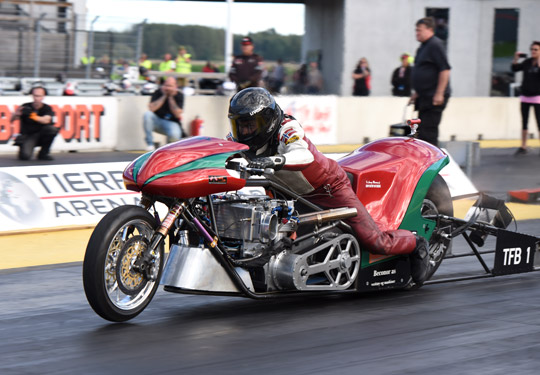 In Top Fuel Motorcycle Jan Sturla Hegre was back to form and claimed the number one qualifying position with 6.32 seconds. There was also a major improvement for Friday’s number one qualifier Thomas Pettersson, as the Swedish rider broke the 7-second barrier with 6.88 seconds. 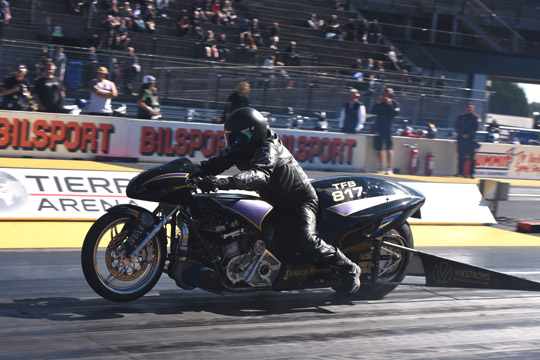 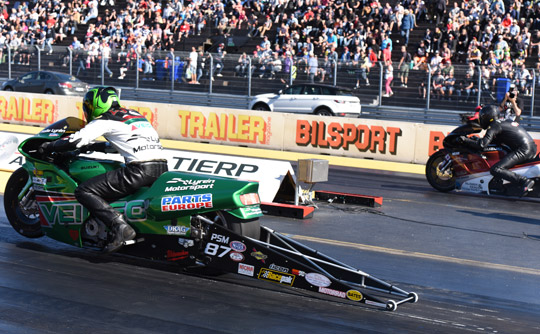 In Pro Stock Motorcycle Kalle Lyrén was once again in a class of his own. The Veidec Lyrén Motorsports rider broke the 7-second barrier with a stunning 6.98 seconds at 309 km/h. Reigning FIM European champion Fredrik Fredlund couldn’t improve on his Friday performance, but stayed in second position. 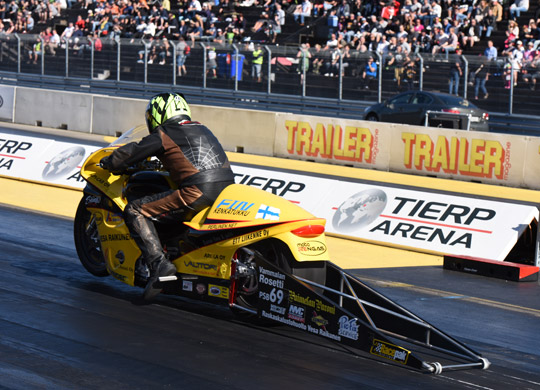 There was a major improvement for Timo Savolainen as the Finn recorded 7.16 seconds to finish qualifying in third position. Elvira Karlsson dropped one place and will start the eliminations from fourth position. 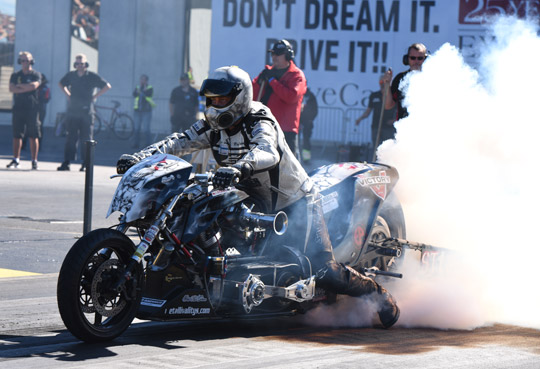 In Super Twin Motorcycle Samu Kemppainen couldn’t improve on his Friday performance, but the 6.48 seconds was enough to stay in the lead. Almost all others riders did improve. Hans Olav Olstad recorded 6.60 seconds and jumped into the number two qualifying position. 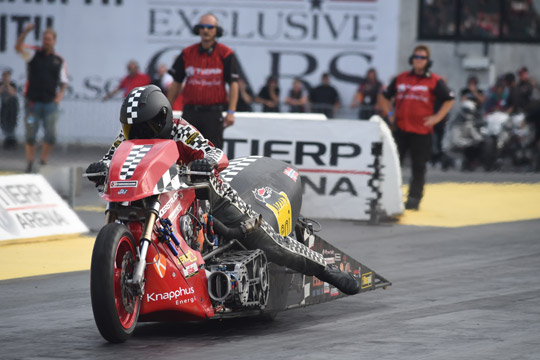 Roman Sixta also broke the 7-second barrier with 6.86 seconds, but yesterday’s number two dropped into third position. Harri Piensalmi was the fourth rider in the 6-second zone with 6.92 seconds and ended qualifying in fourth position. With all these improvements, Vidar Ravnsborg, yesterday’s number three, will have to start eliminations from seventh position. 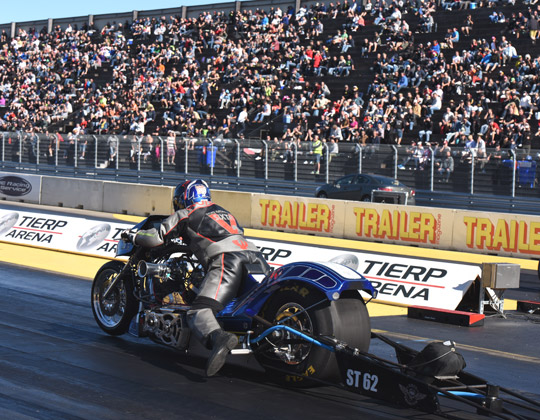 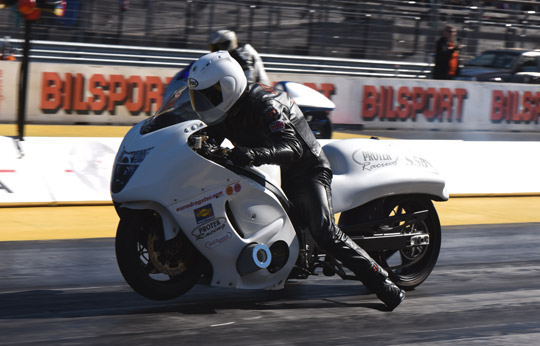 In Super Street Bike the top three was exactly the same as it was after Friday qualifying. Richard Stubbins (7.11 seconds) will lead the field into tomorrow’s eliminations, with championship leader Henri Kolehmainen in second position and Mogens Lund in third position. Anders Blanck and Nils-Ola Andersson were the numbers four and five after today’s final run. 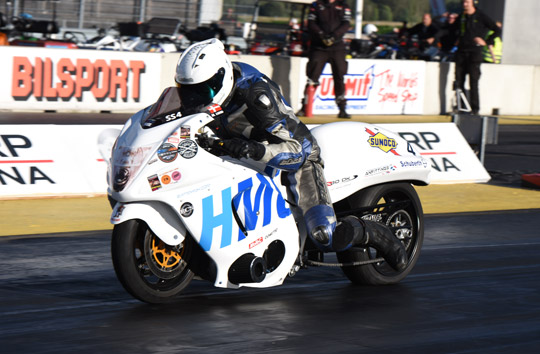 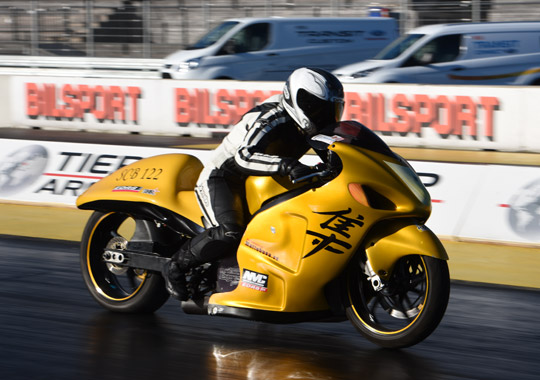 Eliminations for the Scandinavian Internationals at Tierp Arean will start tomorrow morning.