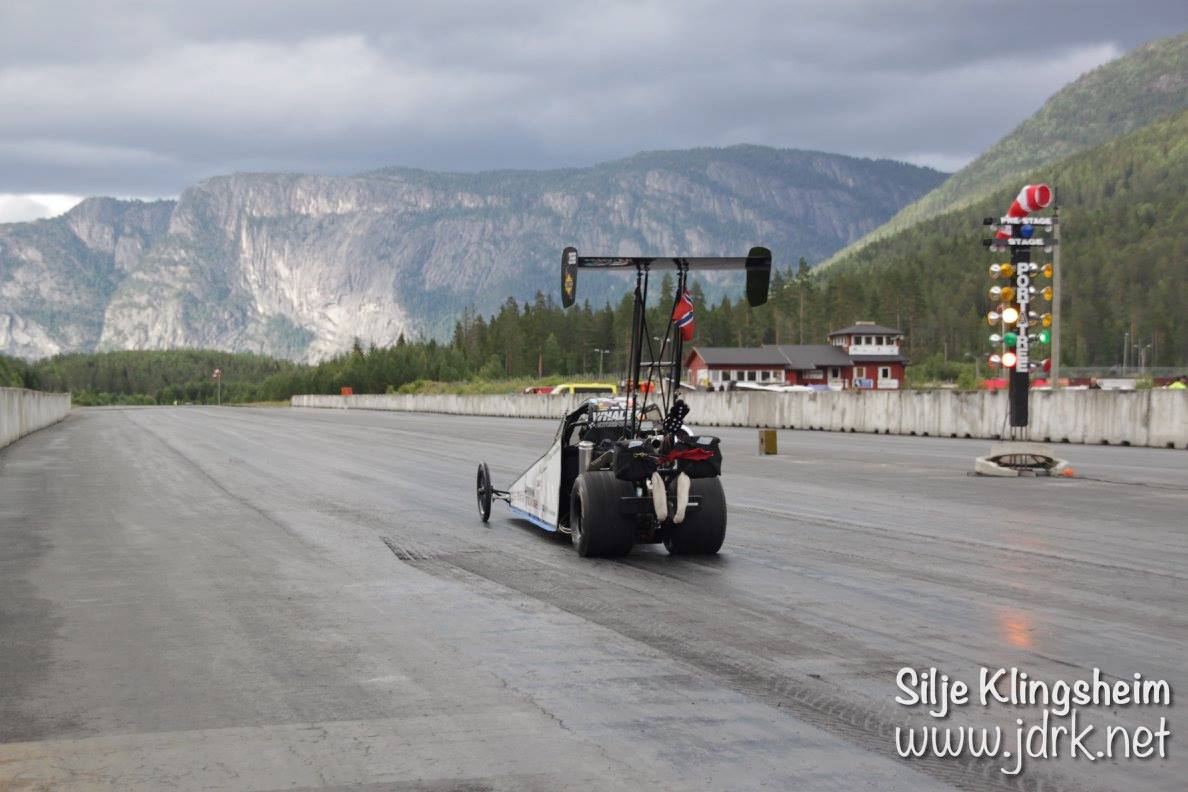 Jens Petter Jevnaker have made a great summery of Thunder Valle II and what the event offered during the former weekend, and here is what happen. Just three weeks after main event it was time for the second event at Thunder Valle Raceway. In the morning hours on Friday it was some rain summing down, not much, but enough to stop racing.  Despite a huge effort from JDRK the rain won the “battle of the day” and it was decided to cancel the day around 7pm. 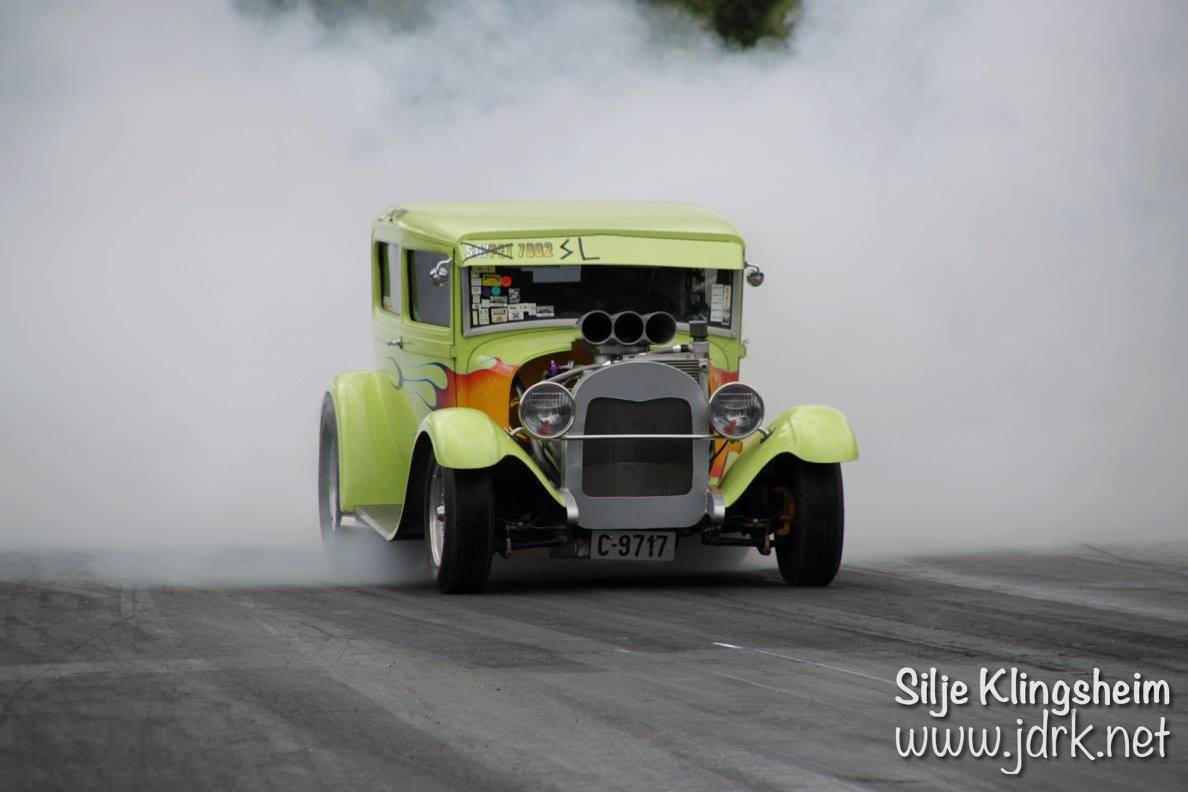 Saturday started with rain. Luckily it stopped around 1pm and the crew started (or actually continued, since tractors was driving from 7am to keep the track as “dry” as possible during the rainy day) the final preparations for racing. In the end JDRK managed to complete four rounds with qualification and eliminations for all classes in Street Legal Racing. There was some surprisingly good racing, taking the conditions on the track and weather into consideration.  JDRK managed to complete one and a half round of qualification before it started raining again.  Then it was decided to cut for the day and continue qualifications on Sunday at 10pm. 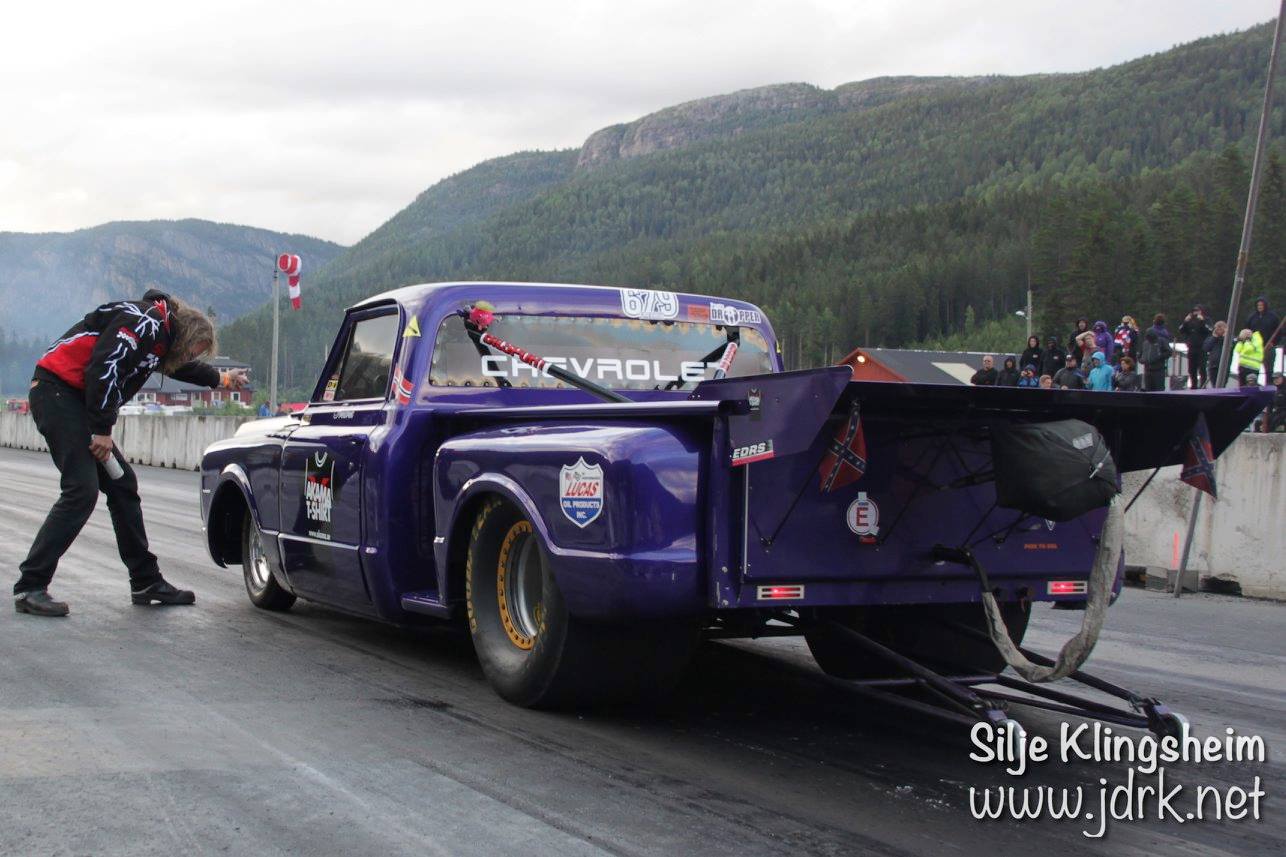 Sunday started with sun and some wind.  The track was race ready at 9:45am.  It might been so that the drivers underestimated the track or the track wanted to present its best side, but it is a fact that in the first five drags, eight out of ten racers had a breakout! For the two others it was a red-light and one close to index.  JDRK managed to complete five rounds of qualification before the eliminations started 1:45pm. It was a rain break for about an hour in the eliminations as well.  The last final run was completed just around 4pm on Sunday. 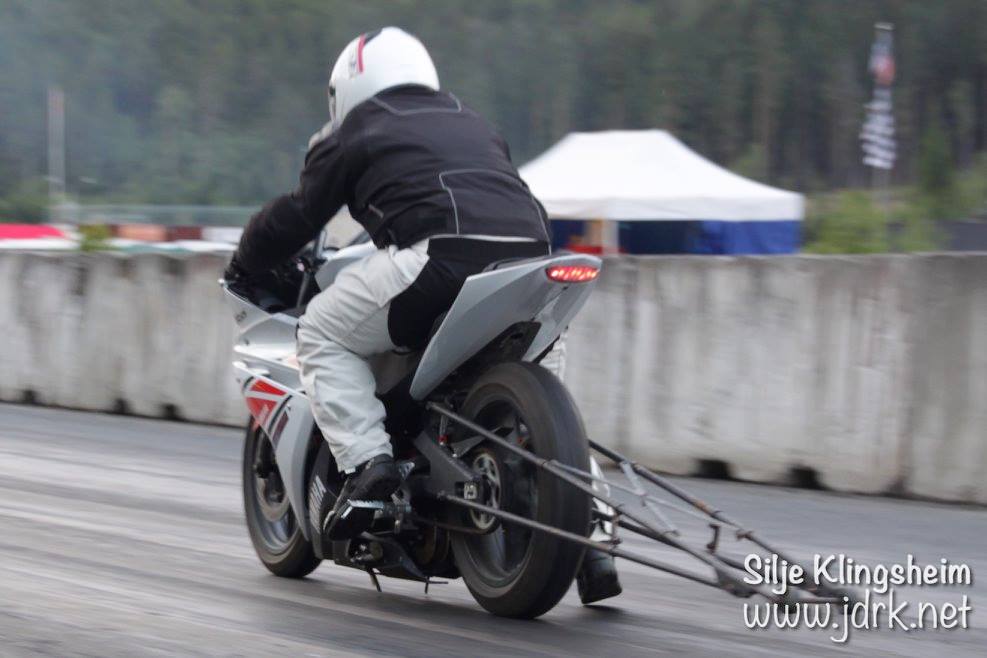 The prize ceremony was carried out with most of all drivers and teams present, and they all gave the organizers a well-deserved, long applause for their effort and work during the weekend.  As one of the drivers stated; “I have never, in my time as racer experienced an effort like you have done this weekend to have the track ready for racing in pouring rain”. 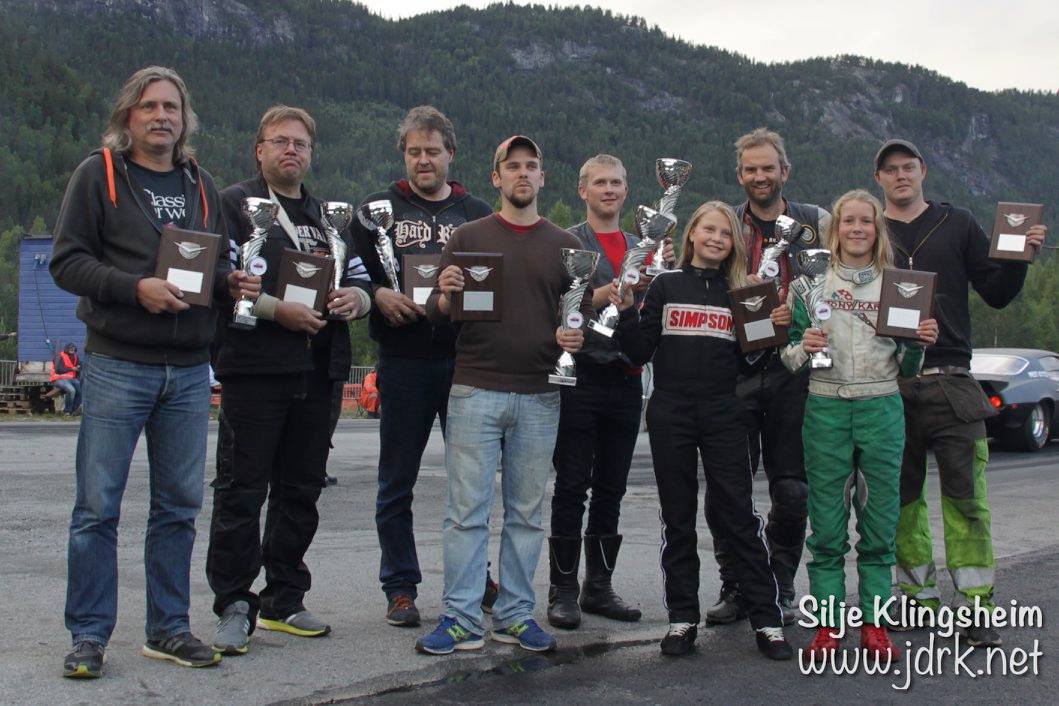 A big thanks to all crew from Jæren Dragrace Klubb, especially the crew responsible for the track, for a great weekend of racing, despite the weather conditions.  The feedback from the teams and drivers has been very good so far and we hope to see all of them and even more teams for the event(s) next year. 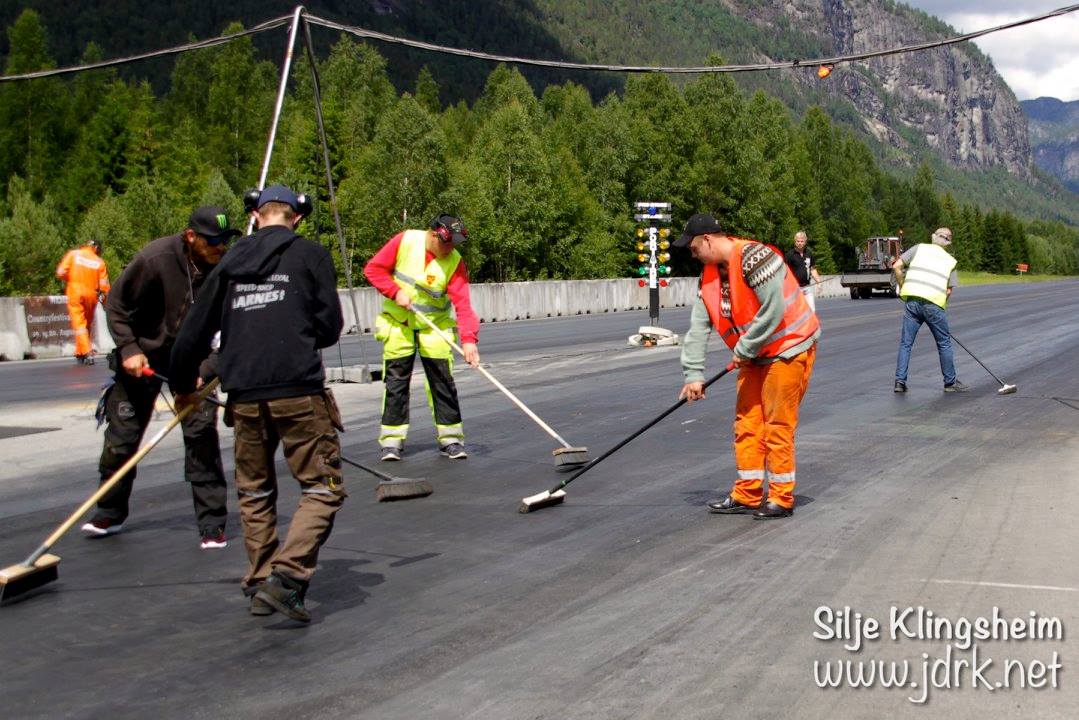