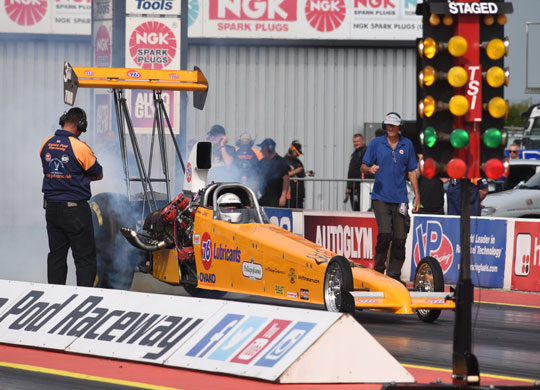 Jonny Lagg reset his personal best in the final to take the Main Event win in Top Methanol Dragster. Lagg started the final as the underdog against 2014 FIA European champion Chris Polidano, as the Maltese driver recorded a stunning 5.29 seconds in the semi-final. But when the moment arrived, Polidano’s motor caused problems and so Lagg had a bye run to the podium.

The FIA European Drag Racing Championship kicked off with the traditional Main Event at Santa Pod Raceway. With four entrants, Top Methanol Dragster was not the most competitive class this time, and reigning champion and runner-up Dennis and Timo Habermann were sadly missed. But also some good news as Rod Harrison stepped up from Super Pro ET to the FIA category and made his debut at The Main Event. 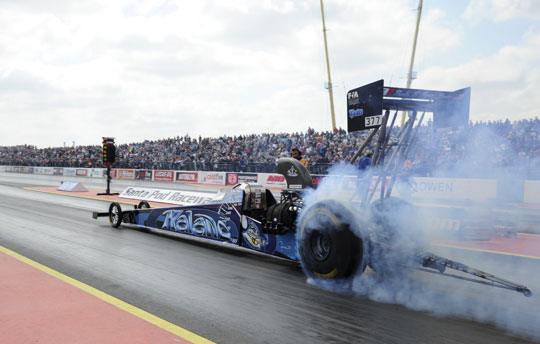 Dave Wilson was the leader after qualifying one with 5.48 seconds, but in the second session it was Chris Polidano, the 2014 FIA European Top Methanol Dragster champion, who took over the number one qualifying position with 5.38 seconds. Jonnie Lagg, last year’s number three in the FIA championship, was third after day one, with Harrison in fourth. 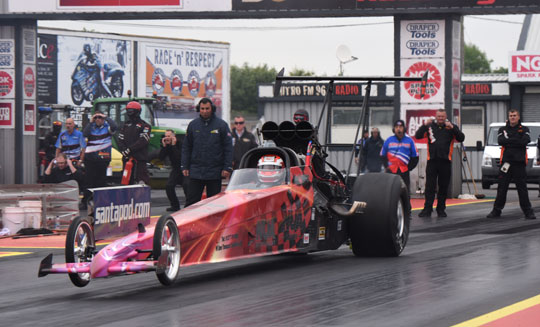 As nobody could improve on their Saturday performance, the qualifying order stayed as it was. Despite his number one qualifying position, Polidano was far from sure about his chances on race day, as the Maltese driver, who made his comeback after a one year break, had traction problems in both Sunday qualifying attempts and also suffered mechanical problems at the test day. 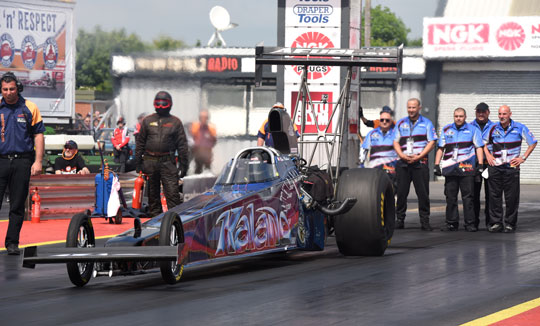 All Maltese problems seemed to be gone in the semi-finals when Polidano stormed to a stunning 5.29 seconds at 263 mph, to beat Harrison in his first elimination appearance. But the British crew also had something to cheer about as the rookie’s elapsed time was 5.79 seconds, by far his best run of the weekend and a new personal best. 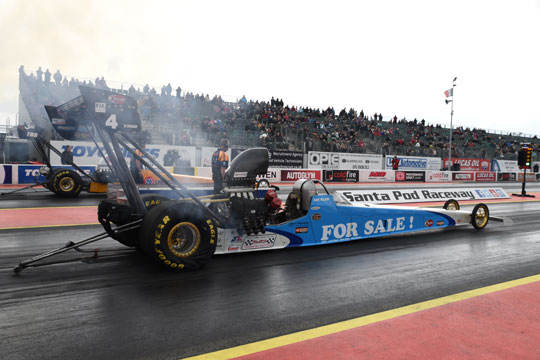 The second semi-final between Wilson and Lagg was a close one. Lagg was away first and although Wilson was never far behind, Lagg pulled away to take the win in 5.48 seconds, beating Wilson’s 5.55 seconds time. 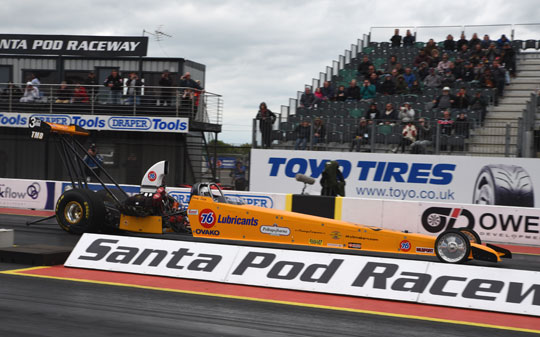 Thus Polidano had to face Lagg in the final, with the Maltese driver being the favourite to win the Main Event title. But when the crew fired up the engine, it immediately stopped again and couldn’t be restarted. Lagg’s win was sure, but he didn’t take it the easy way and stormed to 5.42 seconds, a new personal best for the Swede. 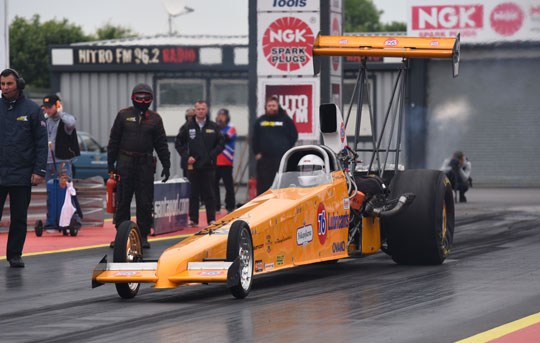 It won’t be a surprise that Lagg is the championship leader after The Main Event, with Polidano in the runner-up position. 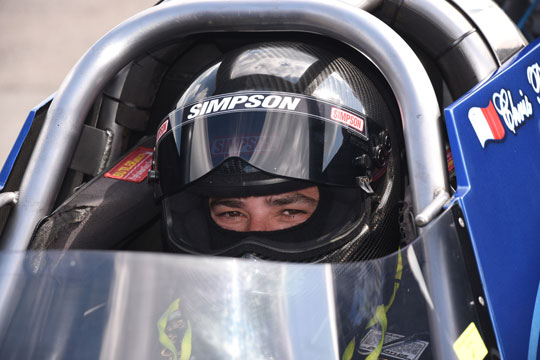