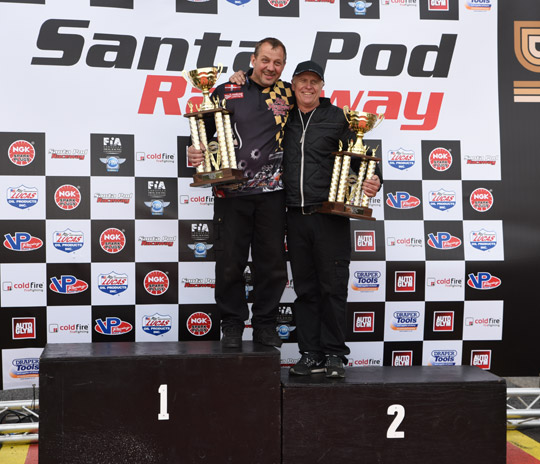 Stig Neergaard from Denmark raced to victory by defeating reigning FIA European champion Micke Kågered in the Top Fuel final at Santa Pod Raceway. Bruno Bader from Switzerland also had to defeat a reining champion, Michael Gullqvist, to take the win in Pro Modified. Jimmy Alund recorded the quickest ever European Pro Stock ET to win the final and also beat the reigning champion, Thomas Lindström. Jonny Lagg was the winner in Top Methanol Dragster at The Main Event at Santa Pod Raceway, the season-opening race of the FIA European Drag Racing Championship.

In Top Fuel, Stig Neergaard was the number one qualifier and the Danish drag racer was also the man to beat on race day. In the semi-final Neergaard was the first one to break the 4-second barrier this Main Event weekend to beat local hero Liam Jones. 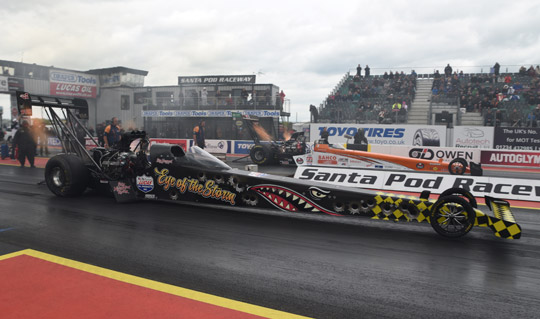 In the final Neergaard had to face Micke Kågered. The reigning FIA European Top Fuel champion defeated Anita Mäkelä in the first round, and had a bye run in the semi-final when Steve Ashdown’s parachutes deployed in the burn out. In the final Neergaard and Kågered both ran into problems, but the Danish number one qualifier was at the finish line first and took the win. 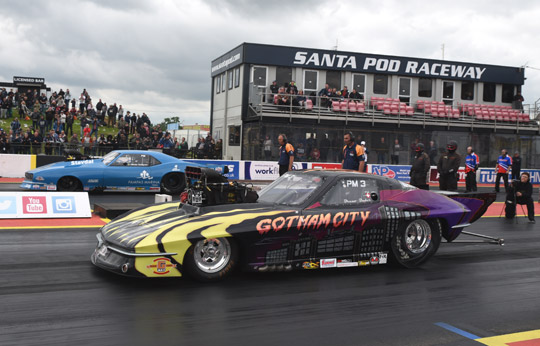 The Pro Modified final with Bruno Bader and Michael Gullqvist

In Pro Modified number one qualifier Bruno Bader was consistent as only this Swiss racer can be and with a string of low 6-second runs Bader defeated Chris Isaacs, Philip Englefield and last years runner-up Mats Eriksson from Sweden. In the final Bader had to face reigning champion Michael Gullqvist, who reached the final by defeating Johan Lindberg in the semi-final. 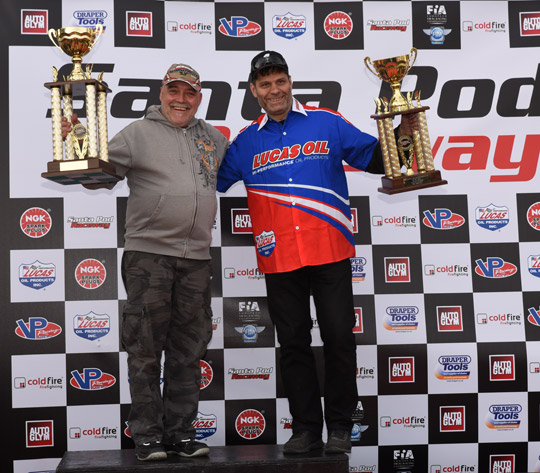 In an extremely close final Bader reset his personal best from qualifying to a stunning 5.939 seconds at 235 mph to defeat an also very quick and fast Gullqvist (5.96 seconds at 245 mph). 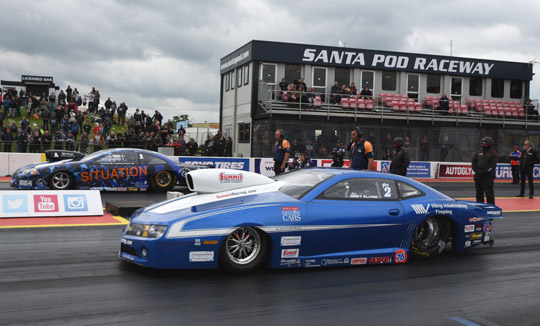 The Pro Stock final with Jimmy Alund and Thomas Lindström

Like in Top Fuel and Pro Modified also in Pro Stock the number one qualifier, Jimmy Alund, advanced to the final. In the first round the 9-time FIA European Pro Stock champion defeated rookie Stefan Ernryd and after a bye run in the semi-final the Swede had to face reigning champion Thomas Lindström, who beat number two qualifier Bengt Ljungdahl on a hole shot in the semi-final. In the final Alund surprised the crowd and Lindström (red light) with a stunning 6.458 seconds, the quickest ever European Pro Stock ET and close to the American national NHRA record (6.455 seconds) to take the win. 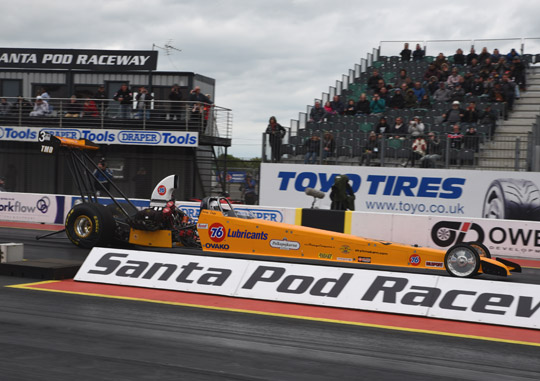 In Top Methanol Dragster number one qualifier Chris Polidano from Malta was extremely quick in the semi-final (5.29 seconds) to advance to the final, where the 2014 FIA European champion had to face Jonnie Lagg from Sweden. In the final Polidano’s crew had problems to fire up the car and so Lagg had a bye run to take the win.

Link to the pit notes on eurodragster.com