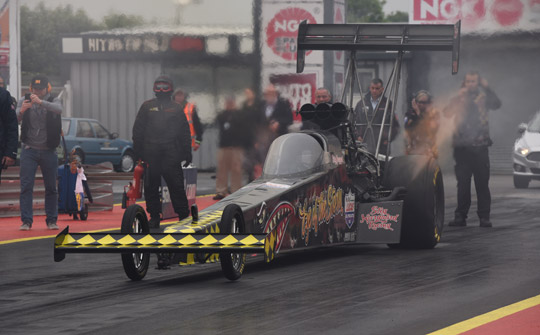 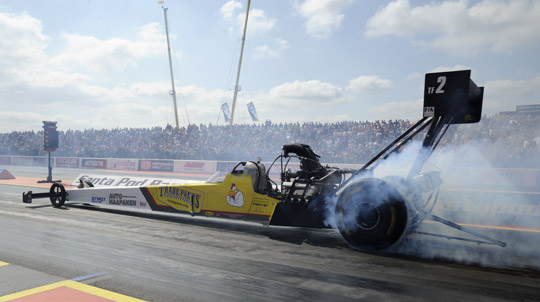 Anita Mäkelä’s Saturday performance of 4.07 seconds was enough for the Finnish racer to keep the second qualifying position. Saturday’s number three, Steve Ashdown shortly had to change positions with Rune Fjeld Motorsport teammate Liam Jones, but the Top Fuel rookie improved on his earlier performance in the next run to take back the number three position (4.16 seconds). 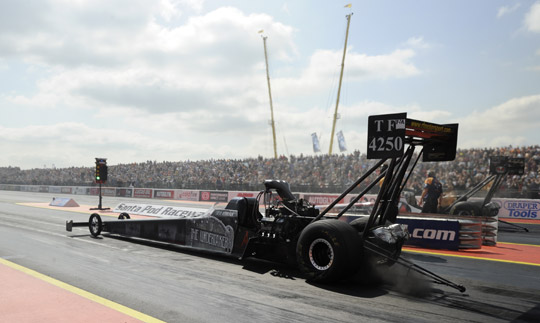 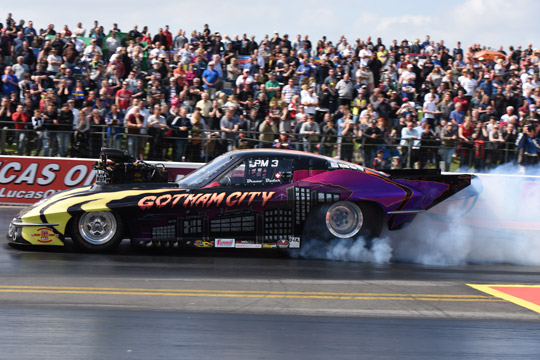 With his Saturday personal best elapsed time of 5.94 seconds, Bruno Bader from Switzerland claimed the number one qualifying position in Pro Modified. Michael Gullqvist improved on his Saturday performance, but the reigning FIA European champion’s 5.974 seconds kept him in the second position. 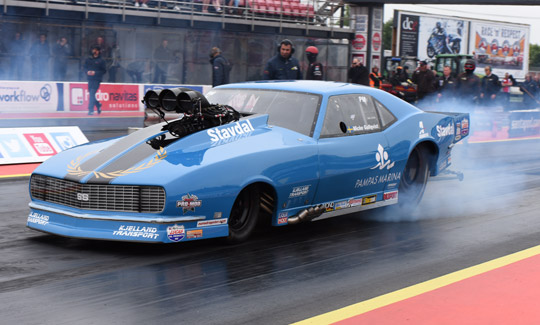 In his final qualifying run Johan Lindberg was the third driver to break the 6-second barrier with a stunning 5.977 seconds, to jump into the number three qualifying position. Mats Eriksson, also from Sweden is fourth, Andy Robinson from England fifth and Pro Mod rookie Michel Tooren (6.16 seconds) from The Netherlands sixth. 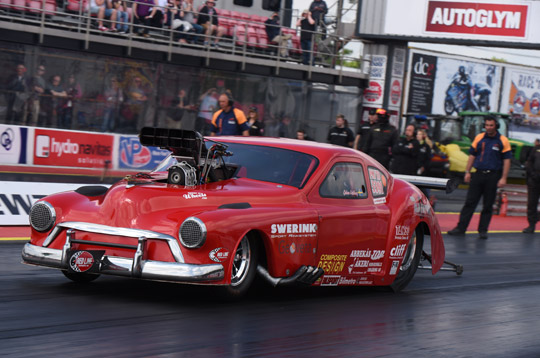 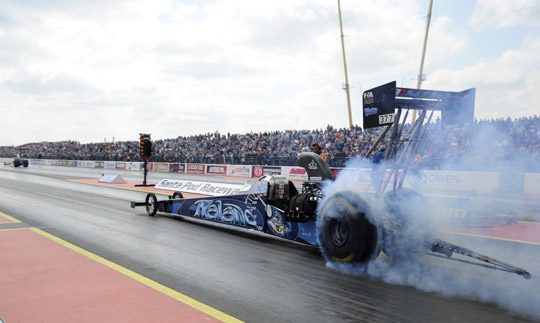 There were no changes at all in Top Methanol Dragster. With his Saturday performance of 5.38 seconds Chris Polidano from Malta will start eliminations from the number one position and as number two and three, Dave Wilson and Jonny Lagg also couldn’t improve on their Saturday performance, everything stayed as it was after day one. 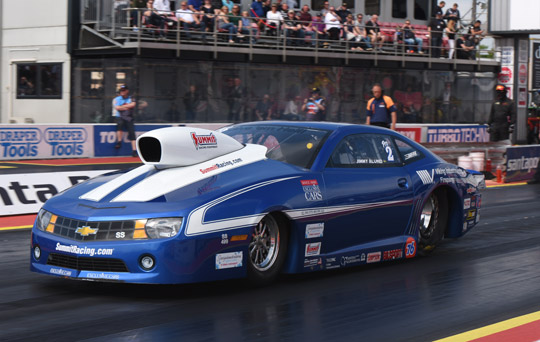 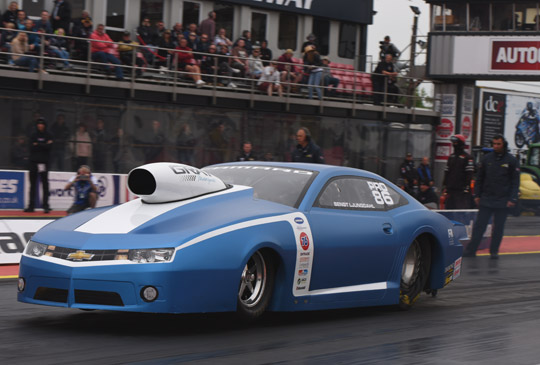 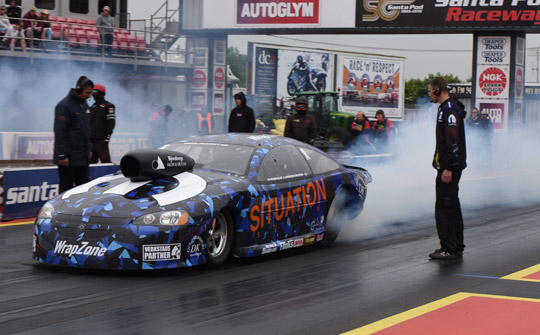