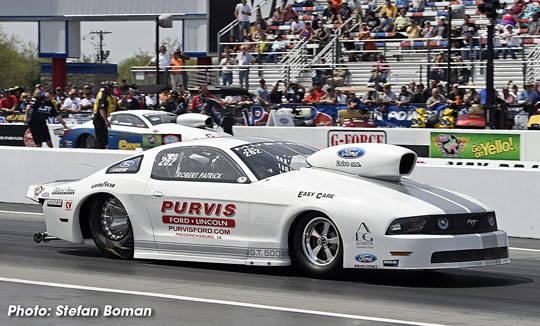 Pro Stock racer Christian Sagelv of Stockholm, Sweden is replacing his previously raced Ford Escort with a Jerry Haas built 2012 Ford Mustang. The new car will make its competition debut at the NitrOlympX or Scandinavian Internationals.

“The car has been in NHRA Pro Stock competition with drivers Frank Gugliotta, JR Carr and Robert Patrick, but no full seasons, so it’s a low mileage car”, said Christian. “We bought it as a rolling chassis where we still have engines and transmissions from the old car. We will start with this equipment where we will watch the development of EFI-engines before we decide in what direction any updates will be.  The car is delivered with two fronts, one for EFI and one for carbureted engines.” 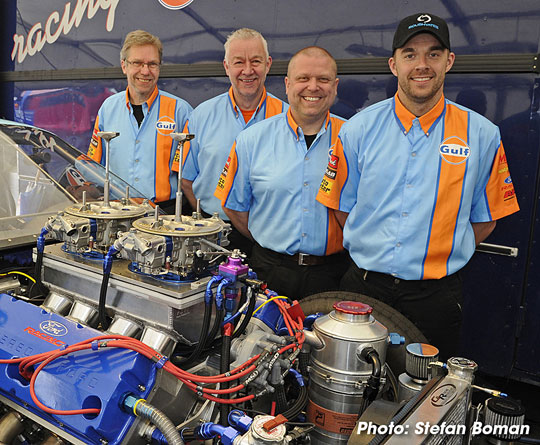 The car will arrive in Sweden after the season has started and will make its competition debut in Hockenheim or Tierp 2. “We will not be able to hunt for championship points this year, so our main team goal for 2016 is to get the car sorted out and be in good shape for 2017.”