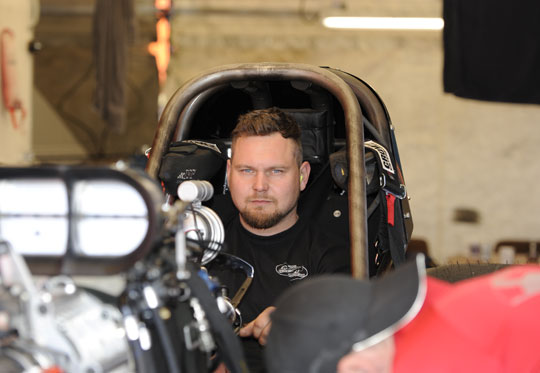 In his fourth year in Top Methanol Funny Car, Johnny Oksa will chase an important goal: a race win in the FIA European Championship. After several round wins, semifinal finishes, and even a runner-up position in last year’s home race at Alastaro, it’s time for the Finnish driver and his OK Racing Team to win a trophy.

Without any drag racing experience as a driver at all, Johnny Oksa made his Top Methanol Funny Car debut in 2013 at Tierp Arena. The son of the late TMFC driver Jarmo Kuutniemi was a crew member in his father’s team, but being responsible for the clutch is completely different to driving a Funny Car. However, Oksa learned quickly and in no time he was a force to be reckoned with in the Scandinavian races of the FIA European Championship. 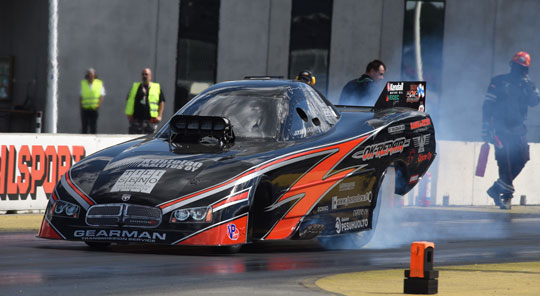 Last year Oksa, who lives in Masku near Turku, won the first round at the Tierp Internationals against Ari Pietilä, to defeat his countryman again in the first round of the Scandinavian Internationals at the same track. The highlight of the season was his home race at Alastaro, where Oksa made it as far as the final. But the result of the final round was a big disappointment as he lost against Johan Lindberg, the same man that stopped him in the semi-final of the Scandinavian Internationals a few weeks later. 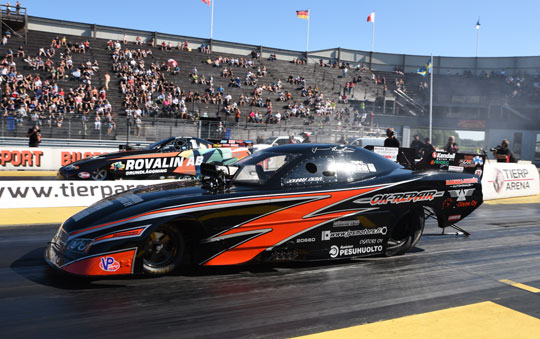 Now it’s 2016 and time for his first event win! “Last year we made pretty good runs, and our terminal speed was almost every run over 400 km/h, but the ETs were not so good and consistent. Still we managed to take round wins, but I’m really hungry to take that event win now. We have been chasing that for three years, this year is the winning year!”, said Johnny Oksa. He continued, “Our goal for this season is to be the fastest car on track. We made big changes to the engine and we’ll try to find more speed with that.” The last few years the OK Racing Team did three races a season, but in 2016 Oksa wants to do one more! “We’ll start our season at Tierp Arena, then Alastaro and when everything goes according to plan and the results are good, we might go to Hockenheim. Our last race of the season will be the Scandinavian Internationals at Tierp.” 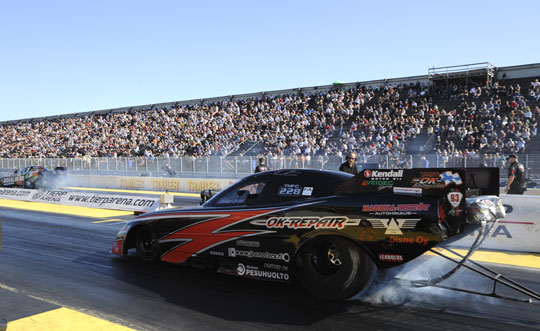 The OK Racing Team are still busy with putting the car together at the moment, but they are already looking forward to the start of the season. The team will be almost the same, with  Kari Valkamo as the crew chief and Otso Inna (engine chief and head), Arimo Fageström(head),  Niko Vuorio (clutch) and Markku Koski (transmission). New to the team is Marko Laaksonen (engine bottom) while as usual Elisabeth Oksa is chef and owner. 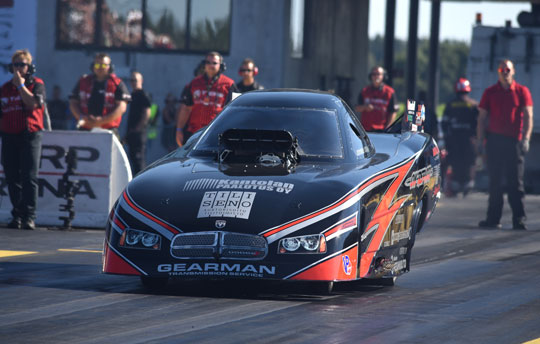 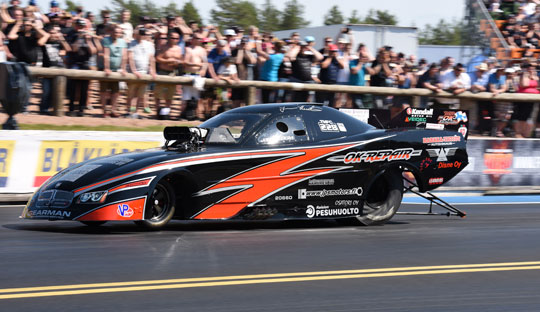