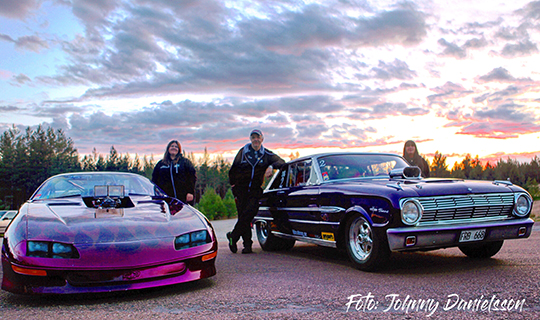 Angelica started her drag racing career in the Jr Dragster class a number of years ago. After she got old enough, she moved on to faster and faster classes. 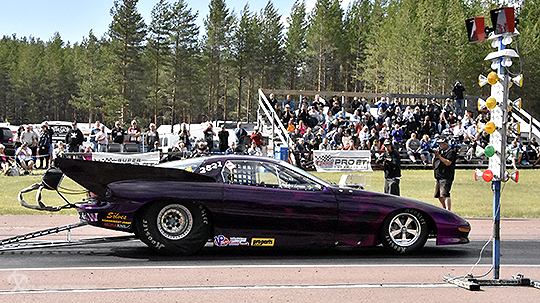 -After the Jr Dragster class I went to Super Gas where my mother Annica competes, Angelica remembers. Then I went on to Street, and a couple of years ago we decided to modify the car I was racing with then, a Ford Fairlane -63, so that I could compete in faster classes. But already then, we realized that it was better to invest in a new car to be able to race in the faster classes. So, we started searching. Finally a Camaro showed up that could fit the purpose. The team had updated the engine from the old car, put it in the new car and started working on the first 7-second run. 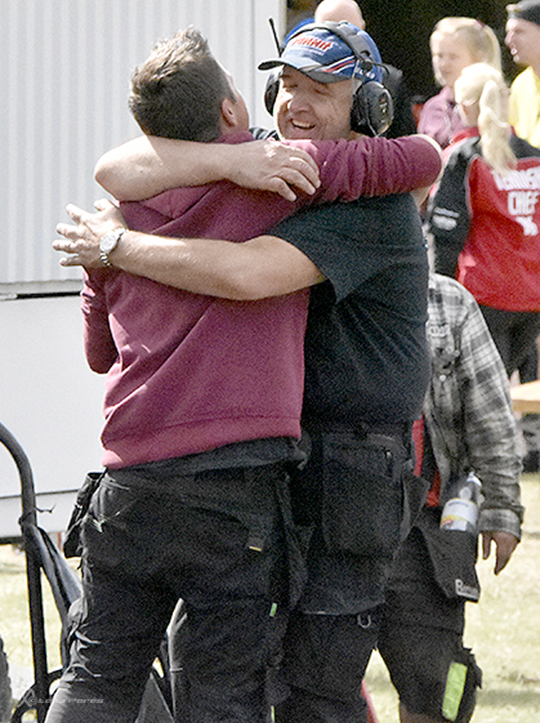 – On the first run with the car, at our home track in Orsa Sweden, we drove it to an ET and speed of 8.67 seconds at 231 km/h (143.54 mph) without nitrous oxide. The year before, we had worked hard with the old car and the nitrous oxide and barely made it to 8.60 seconds. Now we pulled those numbers without any problems. 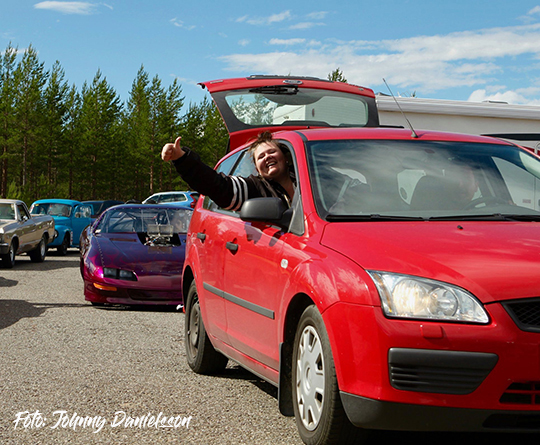 Of course this made for a huge smile by Angelica in the car going back to the pits. That success made the team consider taking another step upwards. Pro Street was next in line.

-We entered two events and qualified at both those races, says Angelica. Tierp was one of them and we managed a new personal best of 7.55 seconds at 289 km/h (179.58 mph).

Throughout the 2019 season, Angelica and the team received help from an unexpected source. One of her toughest competitors showed up, Daniel Hållestam, and he was Angelica’s mentor and taught the team many useful skills and tricks to stay competitive in the class. 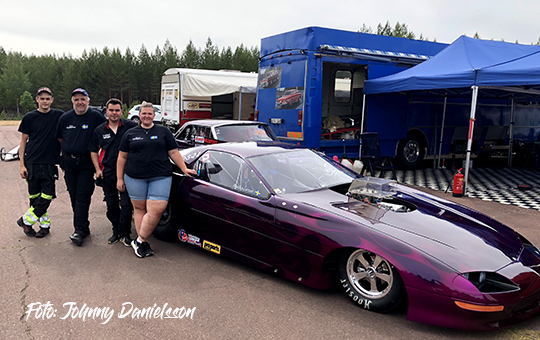 -So for the upcoming season, I’m putting all my efforts into racing in Pro Street and will be running the EDRS Pro Series as well as the Summit Racing EDRS Series. At the time of this writing, the engine is being updated and we are working on new sponsorship agreement.

Angelica has high goals for her racing and wants to grow as a driver, all to get closer to the goal of getting into a Pro Modified car. Angelicas mother Annica continues to race in the Super Gas class and will be running more races than earlier seasons and she is of course looking for a top spot in the Summit Racing EDRS Series. We look forward to the upcoming season with these fast women, and of course all other racers as well