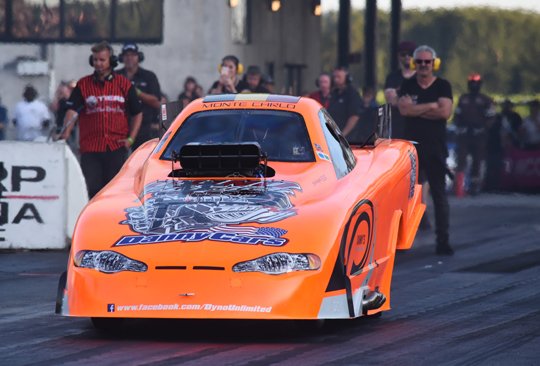 In what was only his third season as the driver of the Danny’s Racing Team Funny Car, Sandro Bellio claimed his first FIA European Top Methanol Championship in 2019. As the whole operation is run by the family, this title was for all a family effort and a reward for many years of hard work. Last but not least, Bellio’s title was also the first FIA European Championship in drag racing for a driver from Belgium.

After many years with Danny Bellio behind the wheel of the Danny’s Racing Team Top Methanol Funny Car, Danny and Micha’s son Sandro took over the driving duties of the family run operation in 2017. Sandro immediately impressed with quick runs and race wins, and after finishing 4th and 3rd in the FIA European Top Methanol Championship in 2017 and 2018 respectively, the 2019 season had to become Bellio’s season. The family committed to the full FIA tour and were rewarded for many years of dedication and hard work. With three wins, one runner-up position and two semi-final finishes, nobody deserved the 2019 title more than Bellio. 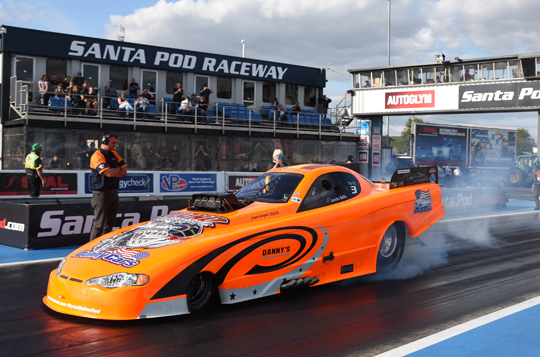 Sandro Bellio started the season with a win at Santa Pod after defeating Monty Bugeja in the final. At the Tierp Internationals the team were struggling and as Bellio was out in the semi-final against Jonny Lagg, and the former FIA European champion won the race, the driver from Belgium dropped to the second position in the championship, two points short of Lagg. 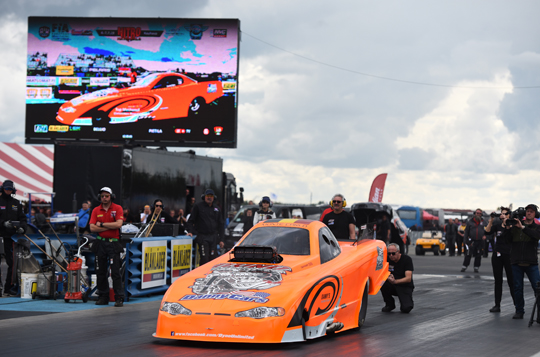 At Kauhava Bellio bounced back with wins over Ari Pietilä, Lagg and Johnny Oksa to claim the victory and regain the lead in the title race. After going out in the semi-finals at Hockenheim, the Summit Racing Equipment Internationals was the highlight of the season for the Bellios. With three consecutive low 5.5-second runs Bellio claimed the win at Tierp and extended his lead in the championship to a comfortable 69 points. At the European Finals Bellio advanced to the final once again, and although Bugeja got his revenge for the race in May, Bellio’s first FIA European Top Methanol title was in the pocket long before racing was started on Sunday morning. 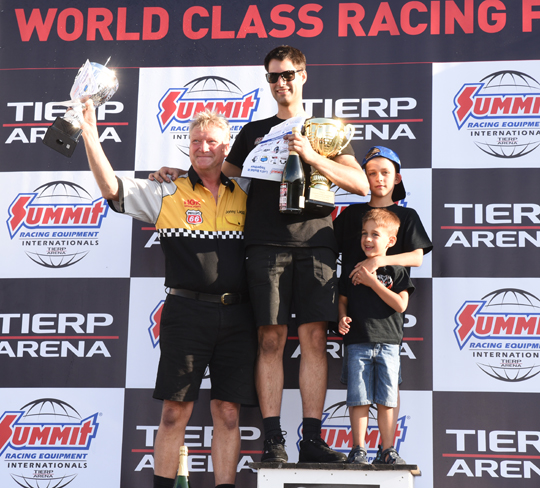 To become European champion was our biggest dream. Of course it was a tough fight again, but thanks to the results from the years before and that we were able to solve most of the problems, we were closer than ever before to reach our goal of winning the title.

Our best race was the Summit Racing Equipment Internationals at Tierp Arena in August. We won the race and on the Sunday it looked like we had a bracket car with three 5.50-second runs, separated by only a few thousands of a second. 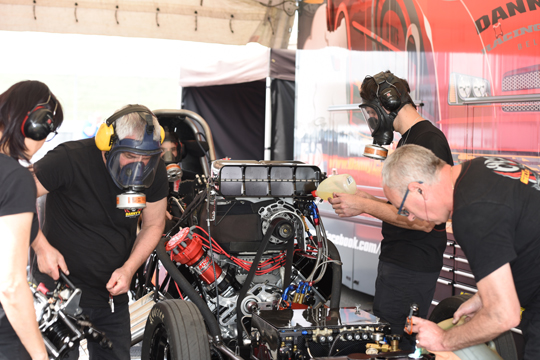 Danny and Micha: We are the most proud of our driver. Despite a torn meniscus and the resulting discomfort and pain, he remained so focussed that we were able to win three out of six races.

The Tierp Internationals were very frustrating. On the Friday we were not able to find the right set-up, and when we had sorted it out on the Saturday, the weather changed dramatically so we had to start all over again on the Sunday. 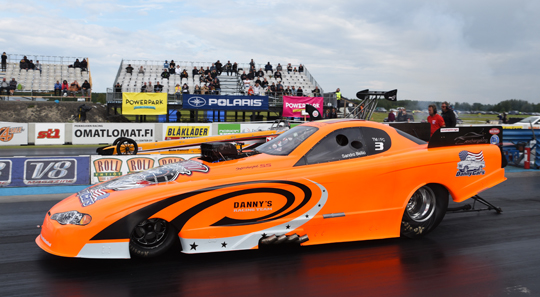 In the Top Methanol category you have to take care of all the teams. They are all competitive and you can’t underestimate one of them. Our toughest competitor in 2019 was of course Jonny Lagg and his great team. Every time we had to face them, it was a real challenge. 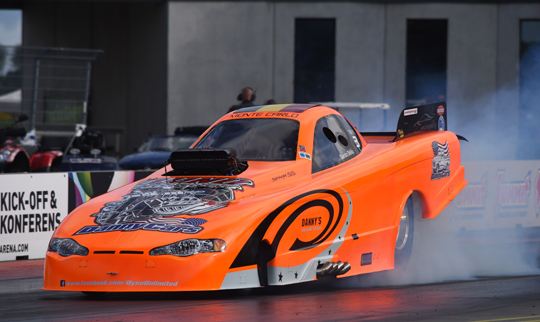 For all we would like to thank DynoUnlimited. We no longer have to guess for the right tuning of the engine. At the race we can now fully focus on the set-up of the Funny Car. We also get great support from Danny Cars and EVChargeking. We would also like to thank Molinari racing clutches for their service and super clutch that makes it possible to score these great results.

Our plan for the 2020 season is to do the full FIA tour again, to win races and reset our personal best, and to find a sponsor who wants to be part of our success. 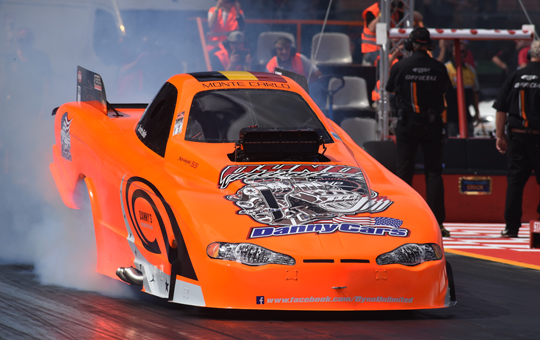