Meet Insjösnoken in a brand new coat, and heart at Midsummer Festival Orsa 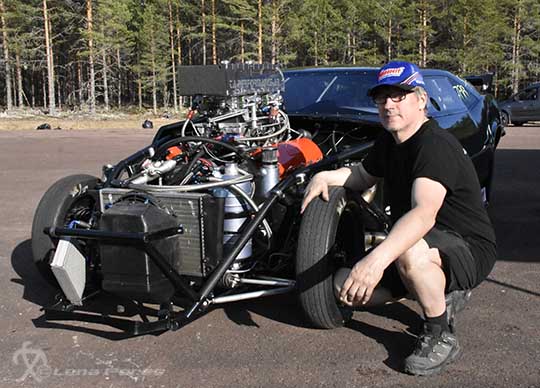 Super Pro ET is popular and growing, the drivers are also updating their gear. One of them is Tommy Abrahamsson who got himself a new car, a sleek and streamlined 1967 Camaro.

Tommy has been around drag racing for quite a while and is one of our most talented drivers in Pro Street and Super Pro ET. It has resulted in a lot of development and different solutions over the years in the cars he has and has had. The new acquisition for this year is a well-known car, “Insjösnoken”, a car that Anna Knutes brought to competition in Pro Street. The car is a 1967 Camaro 1967 sporting a 1969 front and it has now been updated to suit Tommy’s requirements. 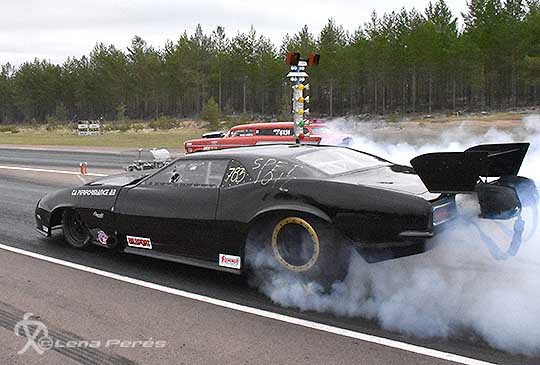 Since the pictures was taken a nitrous oxide system have been installed.

“It was probably not meant to fit together, but it turned into a nice look for the car”, says Tommy. “It was originally built by a Finnish Jaffu Holm, Hans “Knutte” Knuters then rebuilt it to fit his daughter Anna. It has a 632″ aluminum Chevy Big Block, Big Chief heads, natural aspirated and puts out some 1100 horsepower. Transmission is 2-speed Power Glide and the car weighs in at 1088 kg including the driver”.

“I have installed a nitrous oxide system and increase weight the car up to 1150 kg” to fit Pro Street, says Tommy. I´m about to try for the license A3B3 at Tallhed Dragway during the Midsummer event. I have to go faster than 7.49, says Tommy with a smile. “Super Pro ET is a good class to test things and that’s what I do. The car is extremely low in comparison to others, which is good for low air resistance and makes it fly like a bird”. 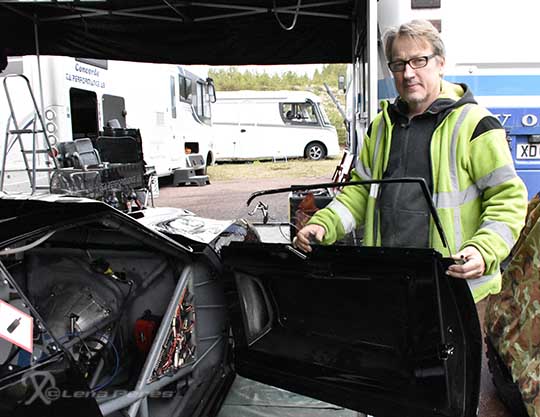 Tommy found a smart spot for managing electricity and computers… 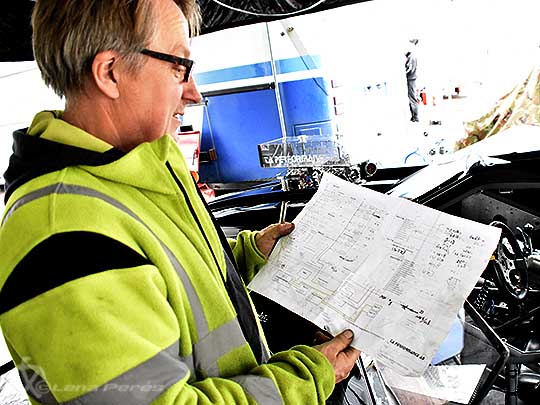 …but it took some brainwork to develope the connection diagram.

Tommy is a guy who likes to solve problems, lots of his racing friends pop in to his pits to get advice and help. He has developed a connection diagram for electricity and computers that is very easy to manage during a race.

“Each cable is connected to a central that sits just inside the right door”, Tommy explains. “Instead of having it under the front panel, which is most common, it is much easier to access it where I placed it.”

Tommy’s plan is now to test the car and the goal is to drive 6.99 ETs of with the upcoming installation of the nitrous oxide system.

Tommy is racing at the Midsummer Festival 2019 at Orsa Dragway next weekend, so make a visit in his pit and say hi.