A three-day event reduced to one-day racing at Gardermoen 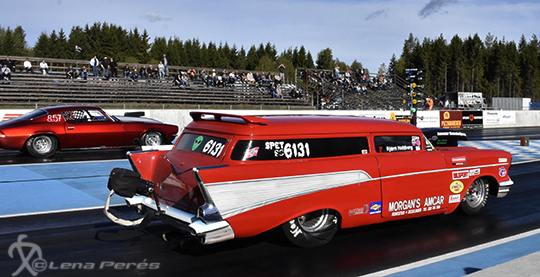 It was´nt an ultimate race weekend at Gardermoen Norway last weekend, as two-day rain away. But the staff made a fantastic job to get everything working, for at least one day.

So, on Sunday all classes were able to make two qualifying rounds and then there was time for eliminations as well. Well done Gardermoen crew!

The Summit Racing EDRS Series classes at Gardermoen Raceway was Pro ET and Super Pro ET in the Summit Racing Super Series. And we got two drivers from Norway who is qualified for the Shoot-out at Tierp Arena in August. Congratulations guys!

Winner and Runner Up Gardermoen Raceway: