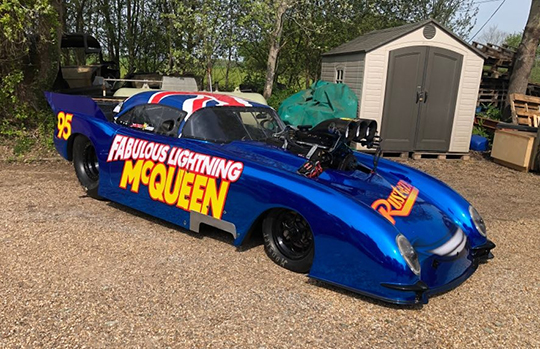 It was not a secret that John Tebenham would make his entrance in the Pro Modified category this season. But this is how the 1953 Corvette will look when it comes to Santa Pod Raceway in May for Tebenham’s first official runs in the car. If the licencing procedure goes according to plan, Tebenham will go for a full tour in the 2019 FIA European Pro Modified Championship.

It was never a dull moment in the days that John Tebenham raced his spectacular wheel standing Ford Anglia or Cosworth-turbo powered Ford Probe. His comeback is also spectacular to say the least  with this stunning design on the Pro Mod Corvette, based on the Fabulous Lightning McQueen from the Pixar movie Cars. And even that refers to his final years in drag racing as the Probe also had a Cars movies design. 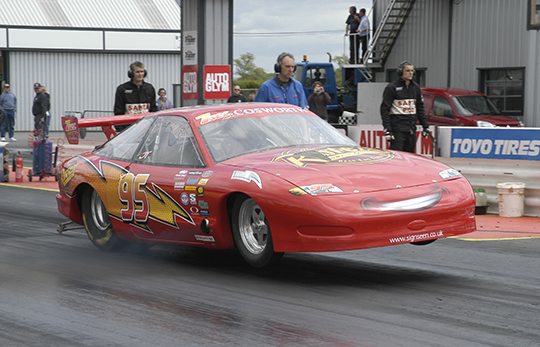 After an almost five-year break, Tebenham wanted to come back in the sport. He bought a Ford Pop and as there was a lot of work to be done on the car, it was in Andy Robinson Race Cars’ work shop when Marco Maurischat’s 1953 blown methanol Corvette Pro Mod came on the market. Tebenham went to the NitrOlympX at Hockenheim and on Sunday evening he was the proud owner of one of the most beautiful Pro Mods in Europe. “I didn’t have the intention to buy the car as I already had the Ford Pop that Robinson was working on. After a five year break I wanted to play a bit with the Pop, but this is more serious business,” said Tebenham. 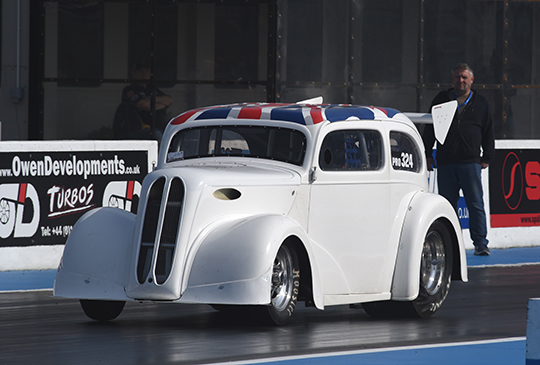 “I know Marco from the years we both raced in Competition Eliminator. He built the Pro Mod himself with the best of everything and maintained it in the best possible way. He mentioned a very reasonable price and it was mine.” As we know from the years Tebenham raced the Anglia and the Probe, the Union Jack will cover the roof of the Corvette and the car, that ran a personal best of 6.035 seconds, got a new eye catching design. 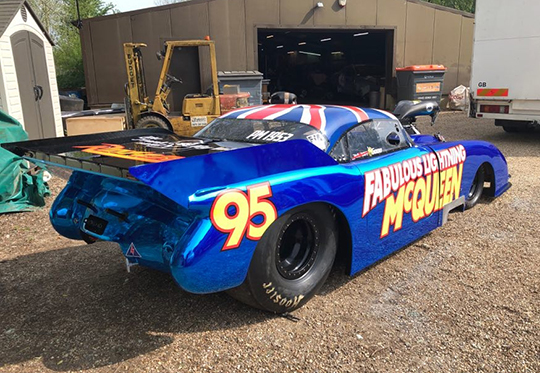 To get used to the speed and renew his licence, Tebenham entered the Festival of Power with the Ford Pop. After some good runs in Pro ET, he stepped up to Super Pro ET. But the Pro Mod is a different kettle of fish. “We will start the licencing procedure at The Doorslammers and hopefully we can finish it before or at The Main Event so I can take part in qualifying and eliminations.” Tebenham will have assistance from Marco Maurischat and his crew chief Sven Lawitschka, so the two man who know every detail of the car. But that is not all as Andy and Luke Robinson will be in the crew as well. If it all goes well, Tebenham wants to do the full FIA European Championship tour. “The FIA Pro Mod Championship is something I always wanted to do and this is the right moment. I need to do it now, before I’m too old for these kind of toys.” 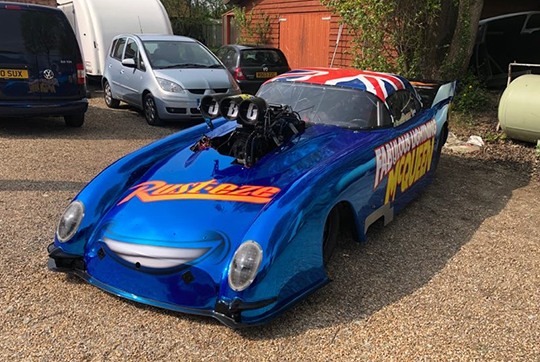 At The Main Event Tebenham will have a busy programme as he also wants to run the Ford Pop in Super Pro ET. The same might happen at the Euro Finals, and as you never know with Tebenham, we might see the Pop popup at other events as well. 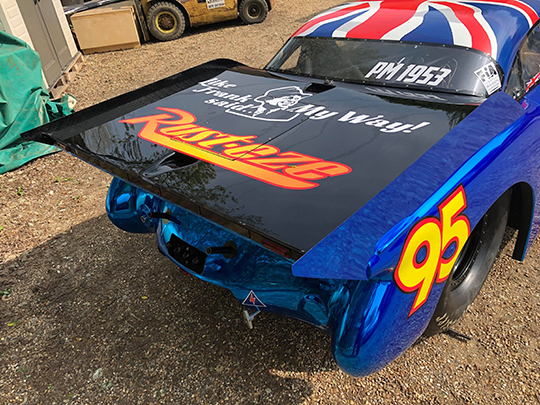