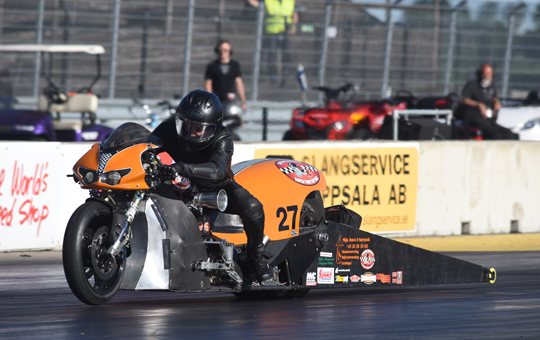 Marcus Christiansen’s first full season in Super Twin Motorcycle could hardly have been any better. The 24-year-old Dane claimed the 2018 EDRS Pro Nordic MC title and the FIM Europe European title as well. Being probably the smallest team in the pits, the hard work of the family run squad paid off with race wins, records and titles. And because the competition in Super Twin Motorcycle is close and tough, the Danish team will spend the winter improving their championship winning bike.

Marcus Christiansen debuted his Super Twin Motorcycle in the second half of the 2017 season. The 24-year-old Dane almost immediately impressed and carried on from where he started with a runner-up finish at the opening round of the 2018 EDRS Pro Nordic Motorcycle Championship at Tierp. After Christiansen claimed two consecutive victories at Alastaro and Gardermoen, a semi-final finish at Tierp in August was more than enough to secure the title. The small Danish team had an extremely busy schedule as they also competed in the FIM Europe European Super Twin Championship. That campaign was successful as well and Christiansen claimed that title with two wins and a runner-up finish out of three races. A good season is an understatement. 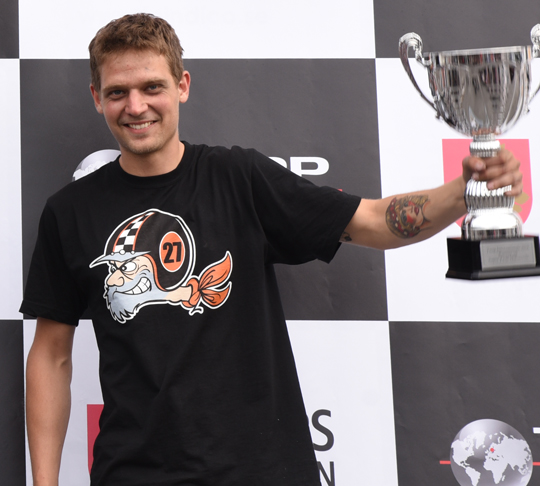 It was a good season and also my first full season. It was a tough season and a lot of hard work. The last four races were all about getting through the weekend in one piece without making too many mistakes. It was a weird empty feeling to win both the European and Nordic series knowing that just by showing up and making a qualification run, I would win. Five wins, two runner-up finishes and one retirement in the semi-finals, a European record, that must be a good season.

I think the win at Gardermoen made the difference in the EDRS Pro Nordic MC to win the title. The best race would probably be the race at Alastaro. We had low ETs and some difficulties during the weekend and got through it anyway. It was a weird elimination and there were some disagreements, but overall a good weekend and to win the last Nitro Nationals at Alastaro is quite cool. 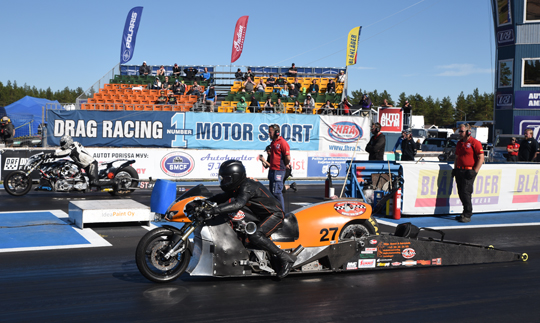 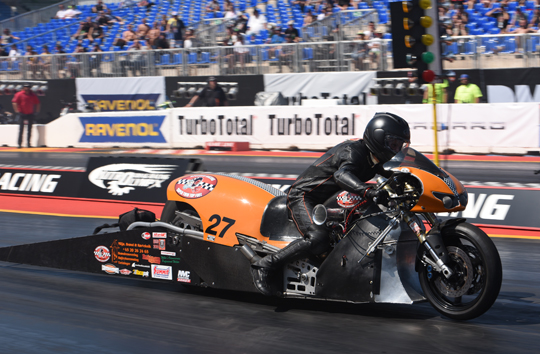 At the Santa Pod Main Event we had to do the normal service and weld the fuel tank between the first and second round of eliminations and then had to retire in the final with a fuel leak from a loose union. Or the broken rear wheel at Tierp before the semi-final, but we had already won the championship then just by qualifying.

Samu Kemppainen, he´s the most consistent and quick on the tree too. 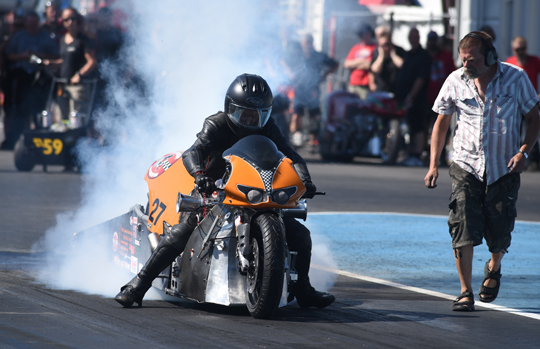 To run in the 6.2 seconds, maybe 6.1 seconds sometimes and defend the title. We will do a lot of updates on the bike during the winter. The plan is to make it 27 kg lighter than last year and hopefully that will give us some speed. And we will do some improvements on the engine too, depending on money and time. And by the way, the bike is not for sale anymore! 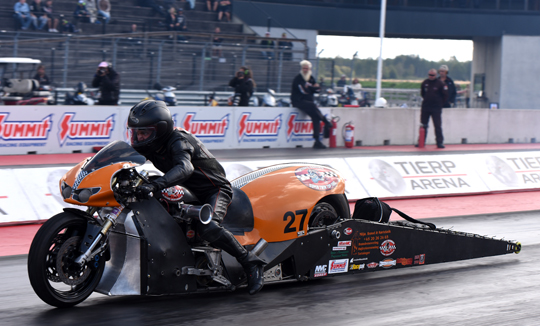