Champion Thomas Pettersson finishes the season on a high 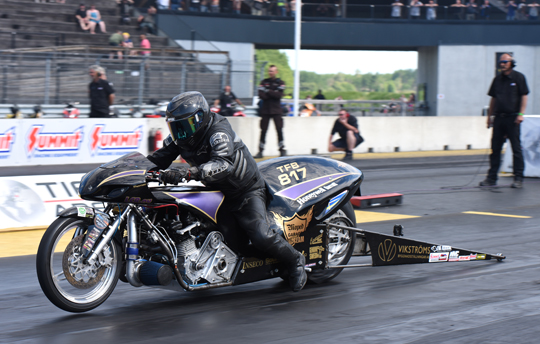 Thomas Pettersson claimed his second EDRS Pro Nordic MC Top Fuel Motorcycle title in 2018 after the TEAM 817 rider won the championship in 2016 and was the runner-up in 2017. An impressive track record, but that doesn’t mean that the 2018 championship was an easy one for Pettersson. After some far from trouble free races, Pettersson climbed into the number one position at the last race of the season, resetting his personal best and winning the event.

Thomas Pettersson started the season with a semi-final finish and the third position in the championship. Alastaro was difficult for the TEAM 817 rider, but the 2016 EDRS Pro Nordic MC Top Fuel Motorcycle champion claimed enough points to be the number two in the title race at the halfway point of the season. At Gardermoen, Pettersson’s race was over in the semi-finals, but he bounced back at the Summit Racing Equipment Internationals in the best possible way: with the number one spot in the race and the championship, and a new personal best in the final. 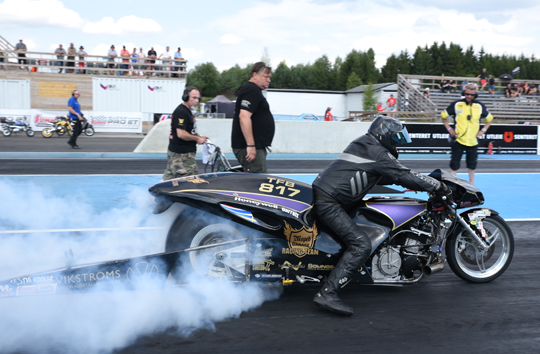 It’s been one of the most spectacular seasons in my career. Going from total disaster at Alastaro in Finland, where we blew up two of our brand new engines and for the first time were forced to stay in the pits in the elimination, to go back to the previous engine concept, replacing the mechanical fuel injection to EFI, then to bring a torque bench to Tierp Arena to be able to tune the new setup, and all of a sudden, a new issue turned up, we faced electrical problems. Battery voltage was not enough to supply the ignition. Thanks to our Norwegian friend Trond Høiberget with team, who lent us new batteries. After solving this issue, we experienced a total new bike! All of a sudden we were back in the 6 seconds.

That’s a tough question. It must be the final of the Summit Racing Equipment Internationals at Tierp Arena. To once again stand up against our nemesis from Öggerud Bro’s Top Fuel with Jan Sturla Hegre on the seat. After struggling with all kinds of issues with the bike, to be able to close the championship with a clean run and to set a new personal best with 6.67 seconds at 316 km/h. 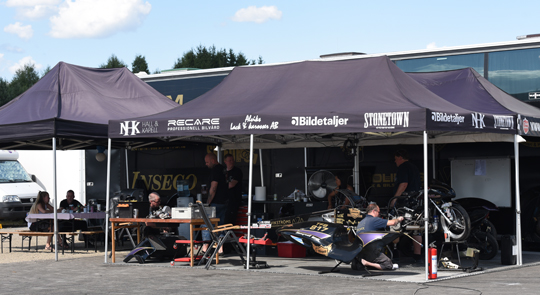 My mechanics! These guys are totally fantastic. Their skills, enthusiasm, dedication and their ability to encourage us all in the team when situations turn into disaster is incredible.

When we blew up the new engines at Alastaro and caused two major clean ups in a row. This was the first time ever I saw hopelessness in the eyes in the team. But as always, when we headed home to Sweden, new ideas came up with solutions. 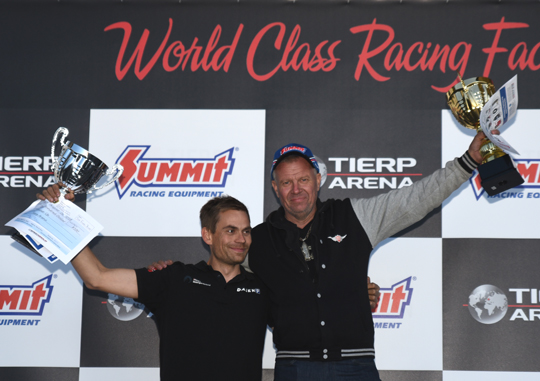 The nitro bikes. Rickard Gustavsson and Sverre Dahl, but most of all Jan Sturla Hegre. But here’s the thing, Hegre is our inspiration to keep going. The races are getting more and more tight and I think I speak for us both when I say that we love the competition. 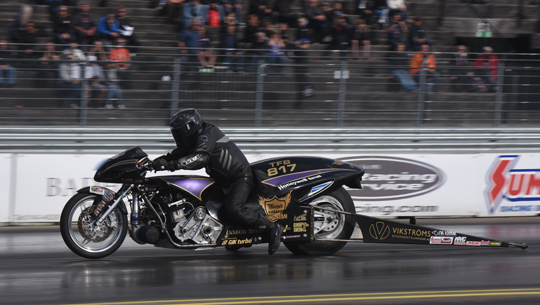 Participating in the EDRS Pro Nordic MC and the FIM European Championship and to beat our personal best (6.67 seconds). There are some long term Funny Bike records to beat on the bucket list, ha ha. We also have ongoing plans to enter the Man Cup in 2019 if everything falls into place.