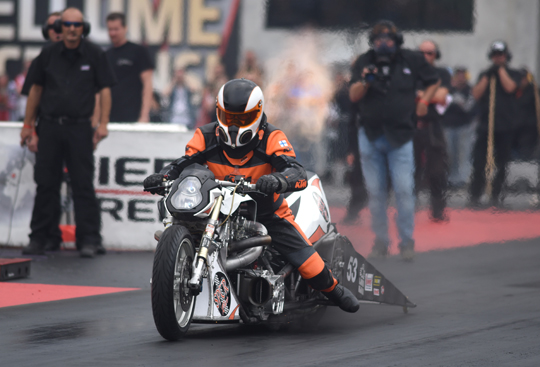 Vesa Lipponen and Jaska Salakari stunned the world of drag racing with their record setting runs at Tierp Arena in August 2018, riding the Salakari designed and built Super Twins. Lipponen was the first ever Super Twin rider to break the 6-second barrier with his 5.920-second pass, a few hours later followed by the even more jaw dropping 5.837-second world record of Salakari. 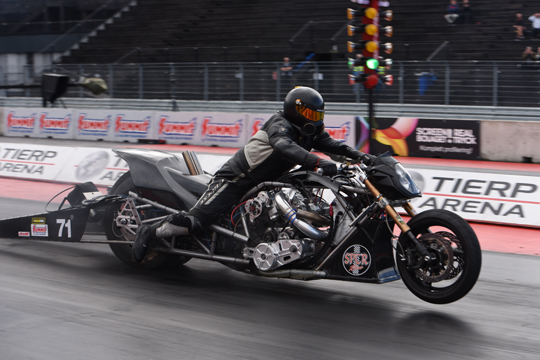 One of the ‘secrets’ of the Salakari Super Twin motorcycle is the self-designed and homemade fuel system from Salakari and Fuel Express Oy. The fuel system operates with a Racepak computer and with Racepak sensors and it calculates and adjusts the exact right amount of fuel for the engine at any moment during the run. “The team had some problems in programming the Racepak system. On Friday evening we sat together and adjusted the system, with the 5-second runs and the world record as a result. That was a great feeling,” said Post & Dros employee and Racepak specialist Dick Koster, looking back at the day when history was made at Tierp Arena. 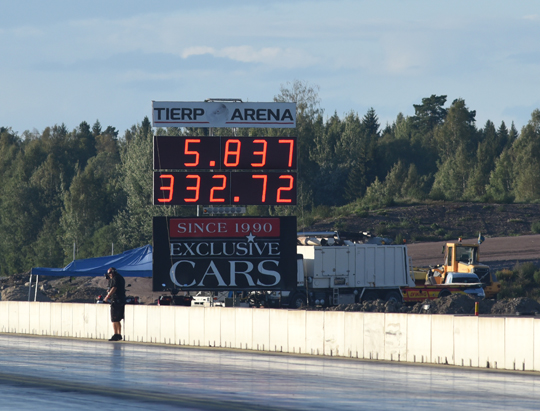 “We have worked with Jaska Salakari for quite a long time. After these record setting runs, the Super Twin drag racing world was extremely interested in his motorcycles, with the result that he has received some orders for his bikes from all over the world. As they all operate with a Racepak system, our cooperation intensified. Jaska knows how to program these systems, so we thought it might be a good idea to expand our cooperation. So from now on Fuel Express Oy will be the Racepak dealer for Post & Dros in Finland. As Holley are the parent company for Racepak, MSD and many other brands, Fuel Express will also be Post & Dros dealer for MSD products, as Post & Dros are the official European importer for all Holley brands. Fuel Express will have some complete systems and limited parts in stock. Jaska and Fuel Express will also do the Racepak trackside support at some major Finnish drag race events. At European races Jaska and his team do not attend, orders can also be sent directly to Post & Dros, while Jaska and Fuel Express will process the order. That also prompts me to remind riders, drivers and teams who need systems or parts to please order in time. When the new season is there, it’s always extremely busy in the States, so don’t wait too long. Last but not least we would like to thank Jari Soini and KLS Teknik for their help, service and the cooperation over the last few years.” 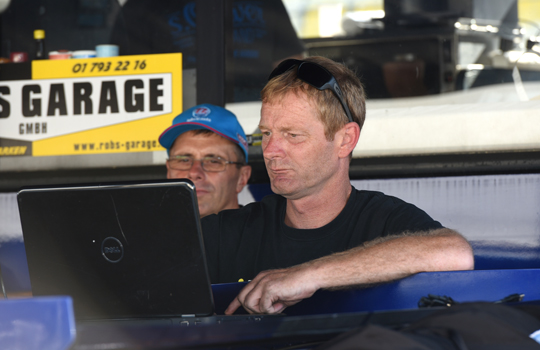 Post & Dros Performance Parts B.V, based in Dronten, The Netherlands, are the European distributor for all Holley brands like Racepak and MSD, but also for many other major engine parts and motorsport suppliers. Post & Dros have all the test facilities necessary to test, service, check or repair Racepak and MSD systems. Post & Dros are an ‘elite Racepak dealer’, which means they can give all possible support to customers and the employees involved attended all available training and courses. Along the lines of the Racepak trackside support service at NHRA races, Post & Dros started the same service in 2014 at FIA European Drag Racing Championship races. It was an instant success and Dick Koster, the Post & Dros employee responsible for this service, was at all of the FIA races in 2018 for the fifth consecutive year. Racepak and Post & Dros are also longtime partners in the Speedgroup contingency program.