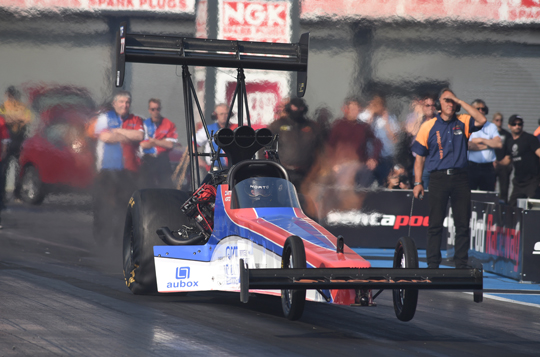 Antti Horto raced to the number one qualifying position in Top Fuel at the first day of qualifying for The Main Event, the first race of the 2018 FIA European Drag Racing Championship. In Pro Modified reigning champion Michael Gullqvist stormed to a stunning 5.86 seconds to take the lead after two qualifying runs. In Pro Stock and Top Methanol Bengt Ljungdahl and Dennis Habermann are the provisional leaders after day one.

The new all concrete Santa Pod Raceway track was even better then anyone could have ever expected on the first day of qualifying for The Main Event, the opening round of the 2018 FIA European Drag Racing Championship. In Top Fuel the top four qualifiers all recorded 3.9-second runs, in Pro Modified the top three was in the 5.8 and 5.9 seconds and in Top Methanol the two Habermann brothers both ran 5.3 seconds. 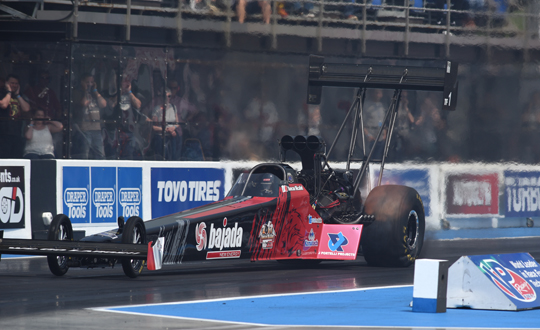 In the second run of the day Antti Horto from Finland stormed to a stunning 3.904 seconds at 303 mph to take over the lead from his Rune Fjeld Motorsport teammate and reigning FIA European Top Fuel champion Duncan Micallef (3.92 seconds at 309 mph). In the second run, Liam Jones, flying the flag for CBD Asylum, was the third Rune Fjeld Motorsport driver to run 3.9 seconds with 3.954 seconds, and so the top three after the first day are all RF Motorsport cars. 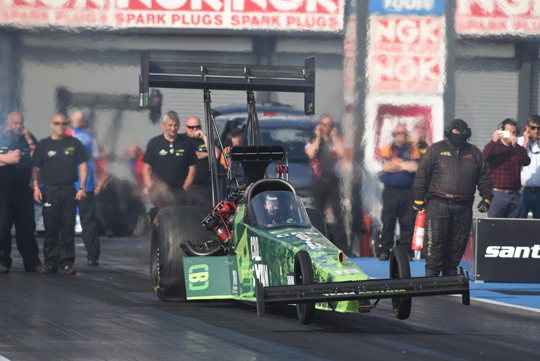 Anita Mäkelä recorded 3.957 seconds and is in fourth position. Jndia Erbacher was the first driver not running in the 3 seconds with 4.74 seconds and is fourth. Stig Neergaard, Stefan Gunnarsson and Mikael Kågered had some problems and are sixth, seventh and eighth, but they have two more runs tomorrow to improve on their positions. 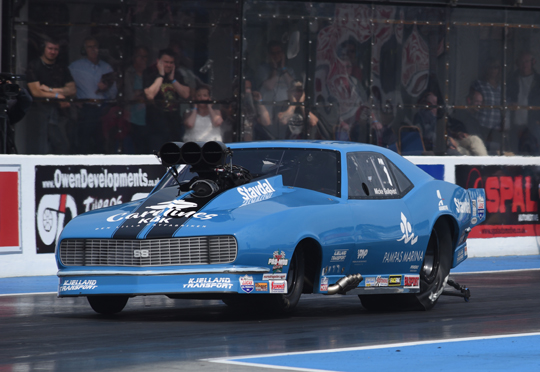 In Pro Modified reigning FIA European champion Michael Gullqvist stormed to a stunning 5.868 seconds and is the number one qualifier after day one. Jimmy Ålund and David Vegter are not far behind with great 5.91 and 5.93-second runs. 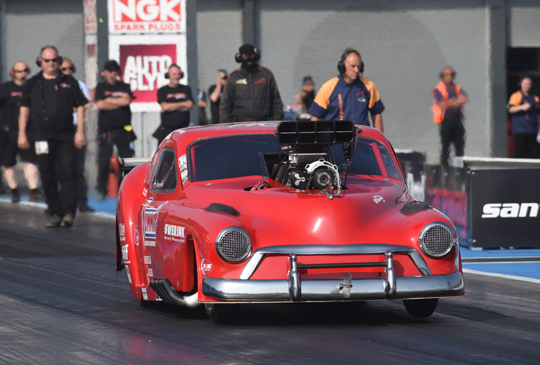 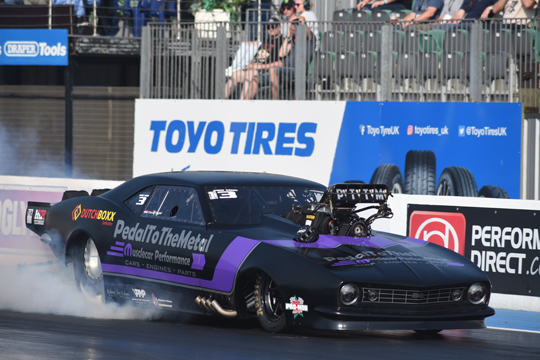 Kim Kristiansen reset his personal best to 6.00 seconds and is in fourth position, with Jan Ericsson (6.01 seconds) fifth. The top six was extremely close with Andy Robinson and Fredrik Fagerström sixth and seventh with 6.03 and 6.05 seconds. 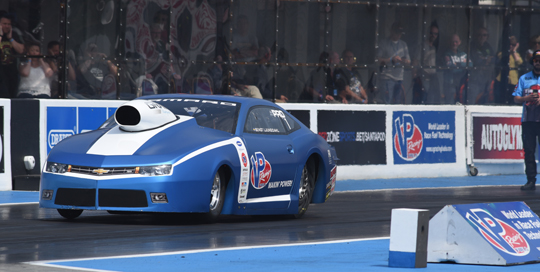 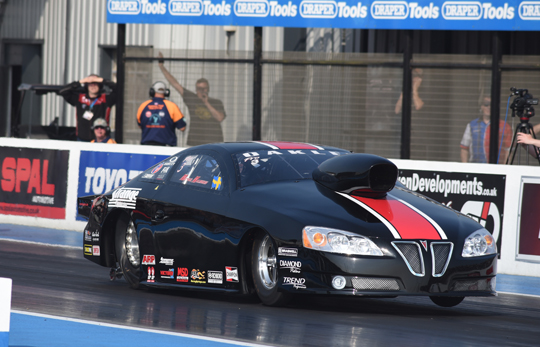 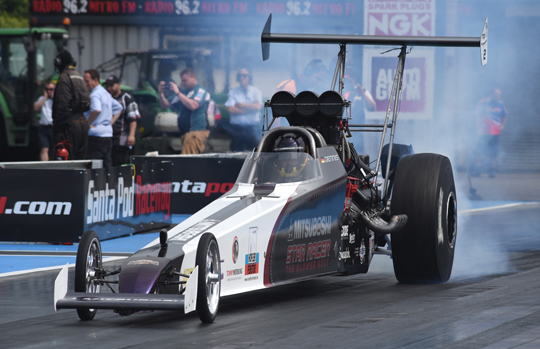 In Top Methanol Dennis Habermann and his brother Timo Habermann are leading the field. Dennis recorded 5.32 seconds and reigning FIA European champion Timo was not far away with 5.38 seconds. Jonny Lagg had a great run as well and is third with 5.41 seconds, while Jürgen Nagel is the first Funny Car in the field in fourth position. 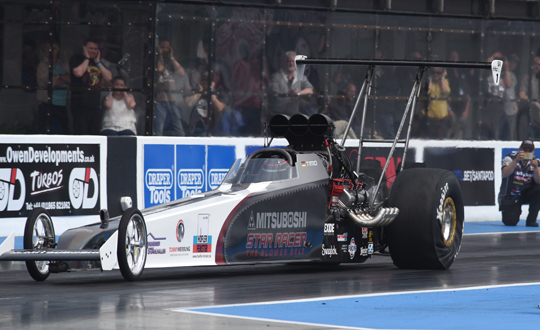 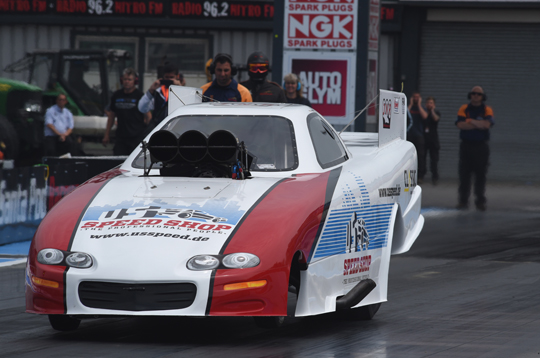 For all Main Event results: https://www.dragracingeurope.eu/fiaedc/results-2018/