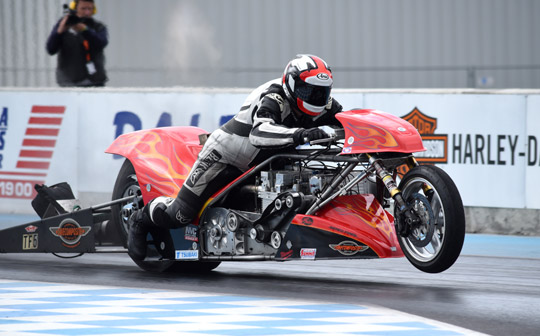 In three of the four categories of the EDRS Pro Nordic Motorcycle Championship there were no changes in the names of the number one qualifiers after Saturday qualifying for the Drag Challenge at Gardermoen Raceway. Only in Pro Stock Motorcycle Timo Savolainen improved enough to be the new number one after five runs. In Top Fuel Motorcycle Sverre Dahl once again impressed with a stunning 5.93 seconds, while in Super Twin Motorcycle and Super Street Bike Tommy Grimes and Robert Nilsson stayed in the number one position and will lead their respective categories into tomorrow’s eliminations.

It was another day of great racing at Gardermoen Raceway for the Drag Challenge, round number three of the EDRS Pro Nordic Motorcycle Championship. There were many improvements in the elapsed times and even most of the Friday leaders had to step up to remain in the number one position for eliminations. 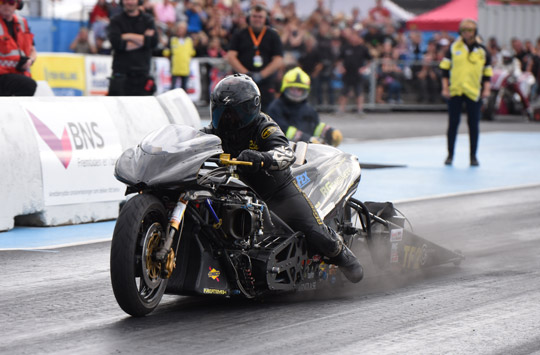 In Top Fuel Motorcycle Sverre Dahl improved on his yesterday stunning performance by storming to an even quicker 5.93 seconds at 384 km/h. It won’t be a surprise that the Norwegian rider remained in the number one qualifying position and will have to face reigning EDRS Pro Nordic MC Top Fuel Motorcycle champion Thomas Pettersson in the first round of eliminations. Rikard Gustafsson also improved on his yesterday performance, but couldn’t break the 6-second barrier with his 6.01 seconds. Jan Sturla Hegre also improved to 6.38 seconds to stay in the number three position. 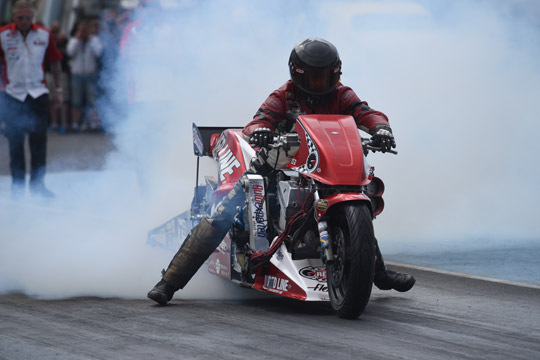 In Super Twin Motorcycle Tommy Grimes couldn’t improve on his Friday performance, but his 6.60 seconds was enough to stay in the number one position. 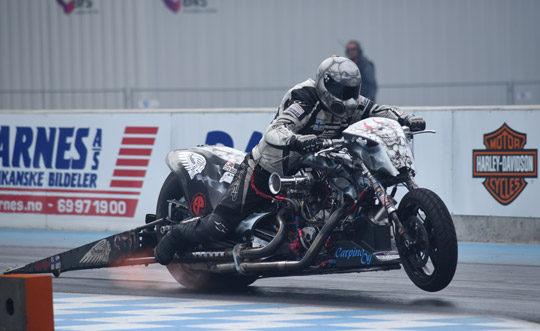 In the final qualifying run reigning champion Samu Kemppainen was back to form and stormed to a great 6.64 seconds to claim the number two qualifying position. 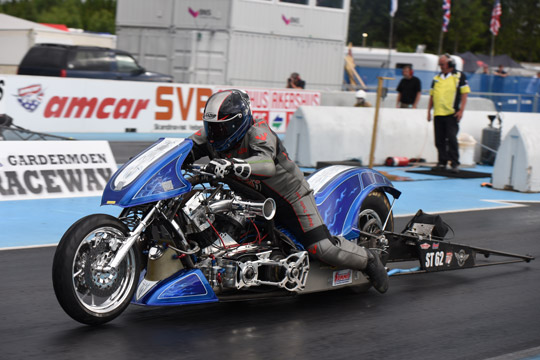 Yesterday’s number two, Roman Sixta also improved, but his 6.89 seconds was not quick enough, and the rider from the Czech Republic dropped into third position. Greger Johansson is the number four qualifier. 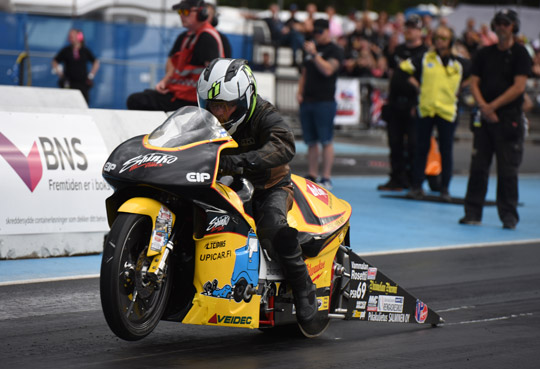 In Pro Stock Motorcycle Timo Savolainen improved to 7.24 seconds and the Finn is the new leader after five runs. 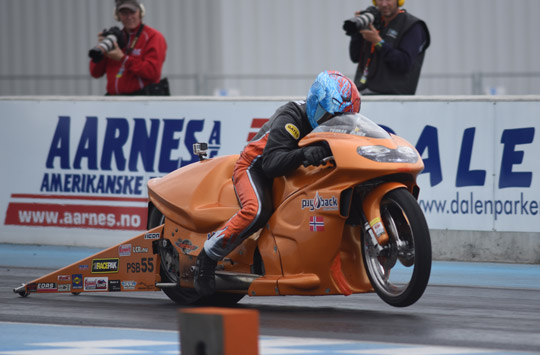 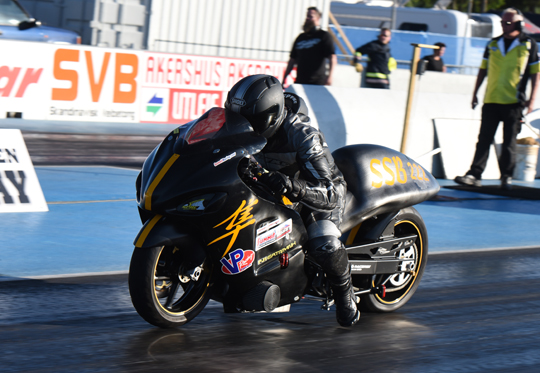 In Super Street Bike Robert Nilsson impressed with a great 7.14 seconds to remain in the number one qualifying position. There was also an improvement for championship leader Mogens Lund, but with an elapsed time of 7.20 seconds the Dane ended qualifying in second position. Anders Blanck is third, Vesa Ruhanen fourth and Svein Ove Brändhagen fifth qualifier. 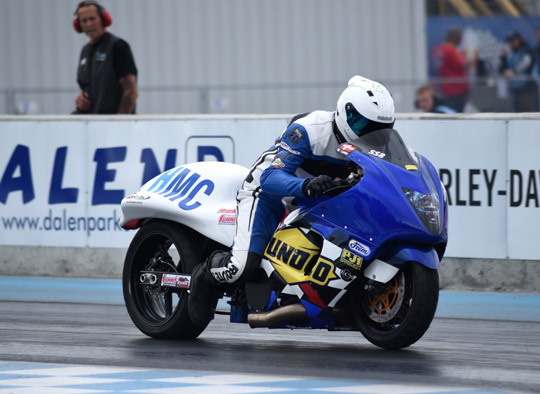 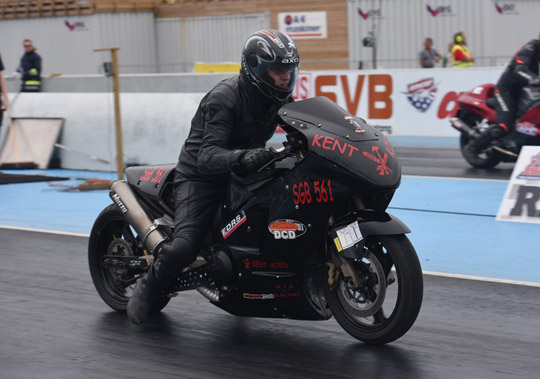