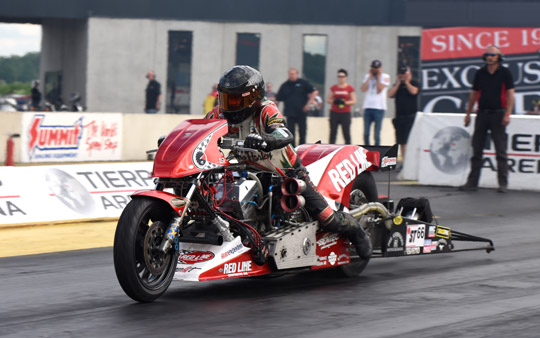 It was another great day of racing at Tierp Arena for the Tierp Internationals, round number one of the EDRS Pro Nordic Motorcycle Championship. There were many improvements in the elapsed times and many personal bests, but from the number one qualifiers only Mogens Lund could improve on his Friday performance. 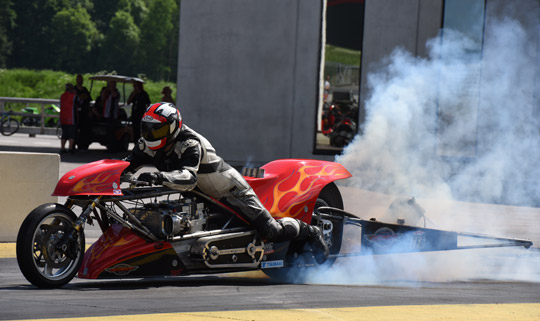 In Top Fuel Motorcycle number one qualifier Rikard Gustafsson skipped both qualifying rounds and will not start in tomorrow’s eliminations. The Swedish rider checked his engine after Friday qualifying and found some issues. To prevent damage Gustafsson will not be racing tomorrow. 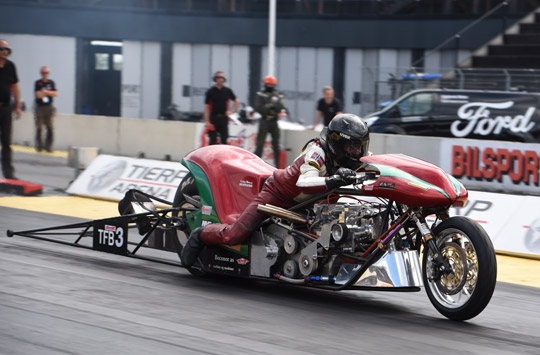 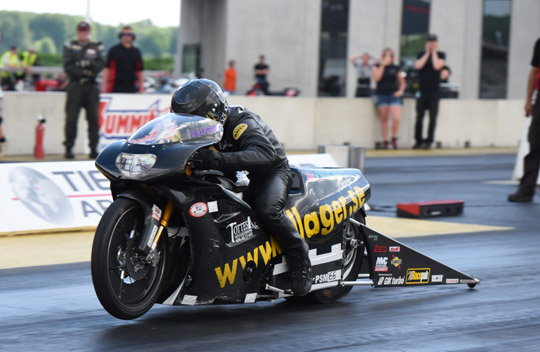 In Pro Stock Motorcycle the number one qualifier Kalle Lyrén will also not be able to take part in eliminations after his Friday crash. 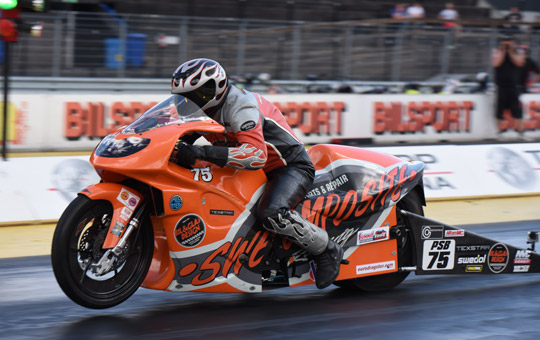 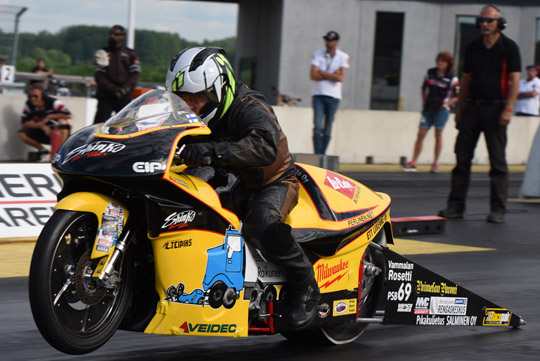 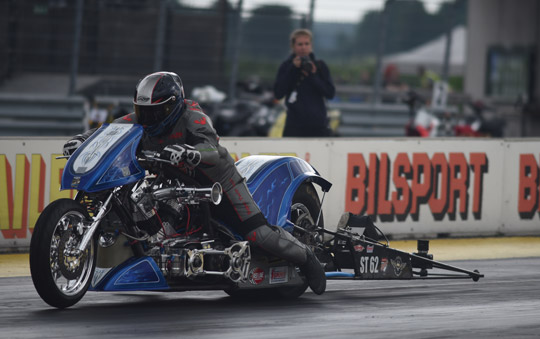 In Super Twin Motorcycle Tommy Grimes couldn’t improve on his Friday performance, but his 6.41 seconds from yesterday was enough to stay in the number one position. Roman Sixta improved to 6.65 seconds and is the new number two qualifier, with Petri Mattsson with his Friday elapsed time (6.73 seconds) in third position. 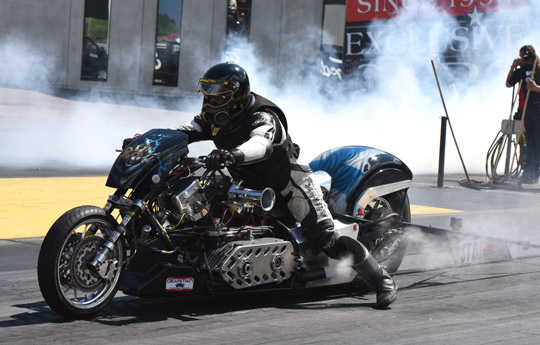 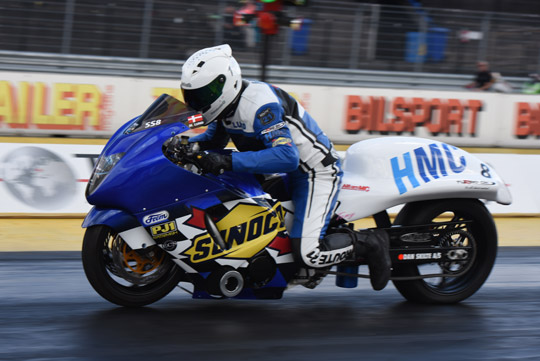 There were many and major improvements in Super Street Bike. In the last qualifying run Robert Nilsson improved to 7.12 seconds to take over the number one position from Mogens Lund. 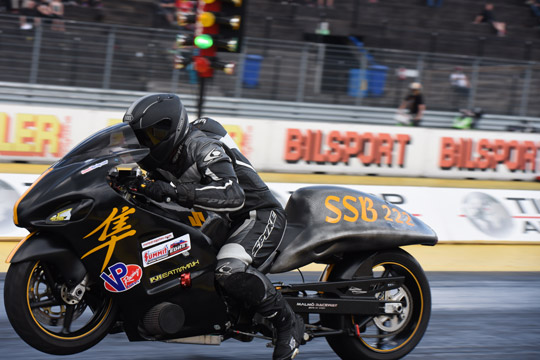 But in the next run the Danish rider improved to 7.06 seconds, another personal best, to retake the number one position. 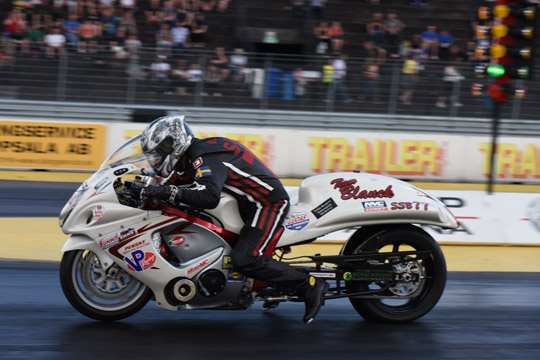 Anders Blanck improved to 7.20 seconds and jumped into the number three position, with Vesa Ruhanen in fourth and reigning champion Henri Kolehmainen in fifth position. 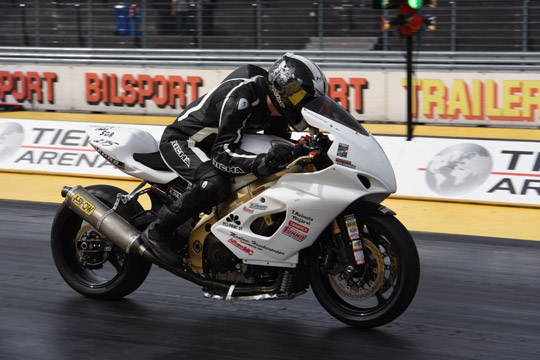 Super Comp Bike had its first round of eliminations and will start with their quarter finals tomorrow.  In Super Gas Bike Iiro Reinola is still the leader with Magnus Pollack in second position.

Eliminations for the Tierp Internationals at Tierp Arean will start tomorrow morning.