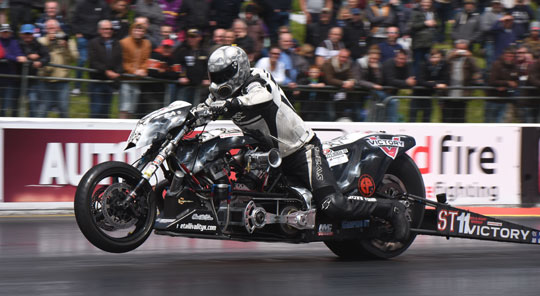 Two weeks after their final at Tierp Arena, a number of EDRS Pro Nordic Motorcycle Championship frontrunners travelled to England for the third and last round of the FIM Europe European Drag Bike Championship at Santa Pod Raceway. Samu Kemppainen and Rikard Gustafsson were close to winning the championship, but suffered technical problems and both returned home with the trophy for the runner-up position.

With the European Finals to go, the 2016 EDRS Pro Nordic MC Super Twin Motorcycle champion Samu Kemppainen was leading the FIM Europe European Drag Bike Championship in the same category. In the first qualifying the Finn recorded the best elapsed time with 6.60 seconds. Back in the pits the team found a serious problem with the crankshaft and as no spare one was available at the track, and drag racers never give up, a message was sent to Canada and a spare crankshaft was flown in. The parts arrived in time and Kemppainen was ready for the first round of eliminations. One round win was enough to clinch the 2016 title. But bad luck once again hit the Finnish rider as he had to shut off his bike for a fluid leak. And so the long waiting started for Kemppainen. Were Martijn de Haas to win the race, the Dutch racer would take over the number one position and win the championship. In all other scenarios, Kemppainen would still clinch the title. But De Haas didn’t make any mistakes, won the race and the title for the second consecutive year. EDRS Pro Nordic MC Super Twin champion Kemppainen ended the FIM championship in second position. 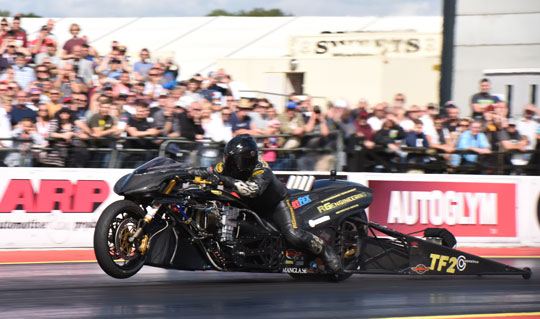 EDRS Pro Nordic MC Top Fuel Motorcycle runner-up Rikard Gustafsson also had a little chance to win the FIM Top Fuel Bike title. But that little chance suddenly changed into a major chance when favourite and championship leader Ian King was defeated in the first round. Gustafsson had to win the event to clinch the title. The Swede won his semi-final and had to defeat Filippos Papafilippou in the final to win the title. After a bad start Gustafsson drove past the Greek, but then was hit by mechanical problems and lost the race and the title. After the runner-up position in the EDRS Pro Nordic MC Top Fuel Motorcycle Championship, Gustafsson also ended in second position in the FIM championship. 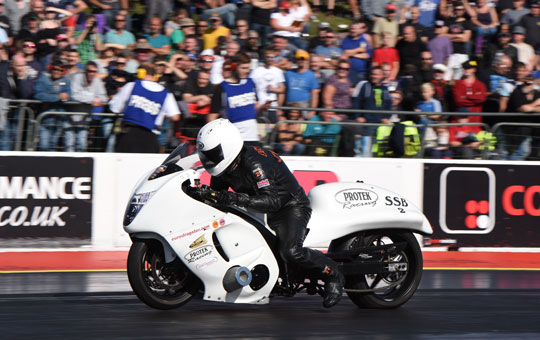 In the EDRS Pro Nordic MC Super Street Bike Championship Richard Stubbins claimed the second position and Mogens Lund ended in fourth position. Stubbins was also in the race for the title in the FIM Europe Super Street Bike Cup, but was defeated in the semi-finals and ended the Cup in third position. 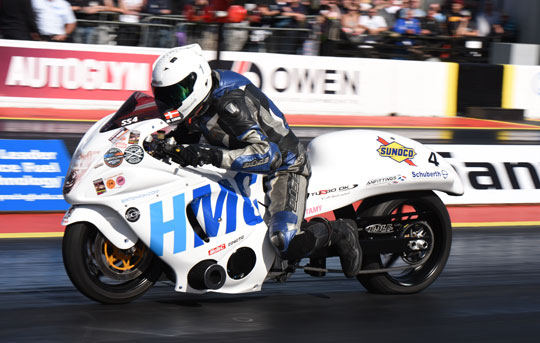 Lund ran a personal best at Santa Pod and ended the Cup in eighth position. Alex Hope competed in Super Street Bike in the EDRS Pro Nordic MC and  was seventh after four races. In the FIM championship, Hope raced in the Pro Stock Bike category and claimed the third position in the championship. 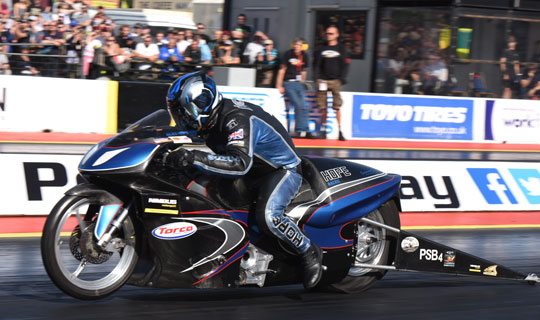