EDRS elimination at Alastaro stoped by the rain

Records of the participating teams, in this event at the Nitro Nationals, made the organizers very pleased with the numbers. More than 260 teams came to the track with its own sandy tooth in the middle of the Finnish forest.

The new surface is very good, but maybe not the fastest of the FIA tracks, yet. But a big potential is laying there and it should be one of the best tracks in Europe in a near future. Thursday Super Pro Street had a bad crash as Risto Virtala lost traction and got in to the wall badly. Luckily he could get out of the car safely. Next incident was on Friday when Pro Modified Anders Nilsson ended up in the sand box, as the shouts didn’t get out. Lots of sand had to be taken care of during Friday night in their pit, and the front end of the body had to be fixed. But on Saturday the car was race ready again. 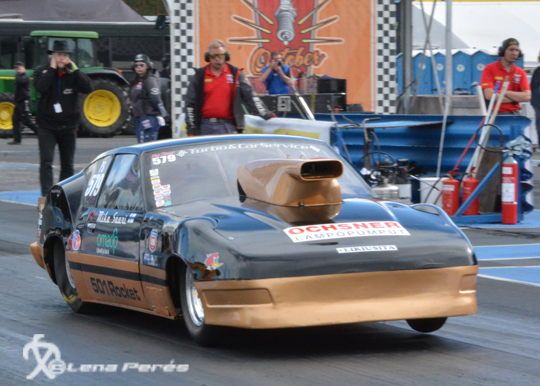 Otherwise, the event went very smoothly and without any more upsets on Friday and Saturday.  Sunday started very well with a sunny morning, the Top Fuel, Pro Mod could do an elimination round. Then this wet thing came down from the sky. The rain seems to follow the drag racing with big intention this year. Interrupting here and there all the time. The track crew tried hard to get the track in order, but just when they was able to start racing, the rain and thunder came back and there was no option for the race direction, more than counsel the event, as the curfew was at 7 pm. There was no time to get the track race ready before that.

And just shortly after the decision the rain stopped and the sun came out again. As the event was canceled there was no big upsets in the tables. 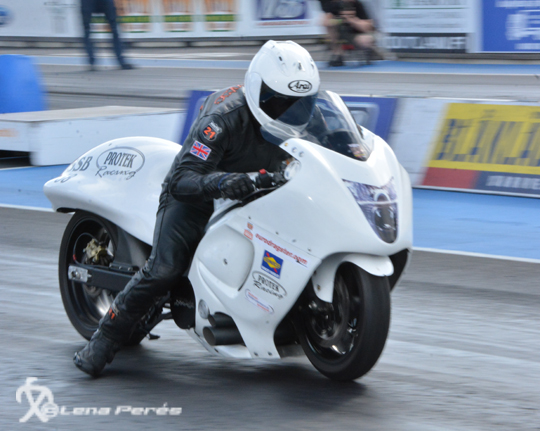 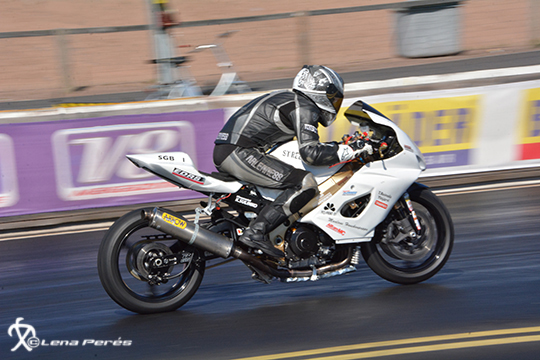