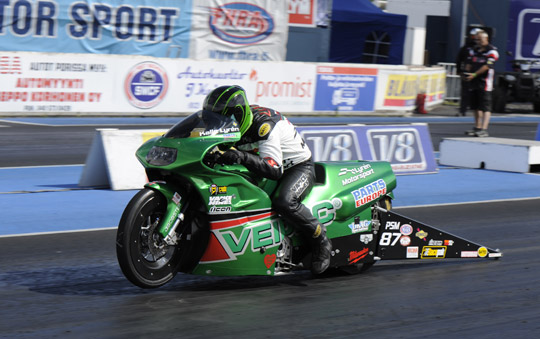 In Super Twin Motorcycle favourite Samu Kemppainen was out for revenge after the Finn saw Vesa Lipponen claim the provisional number one position on Friday. The reigning champion improved to 6.62 seconds on Saturday to take over the number one spot. 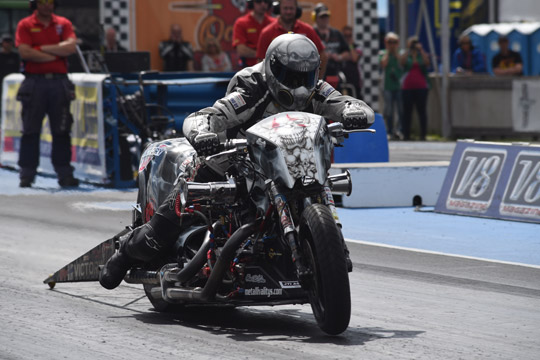 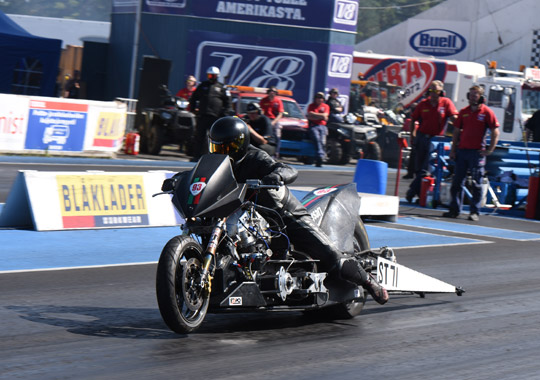 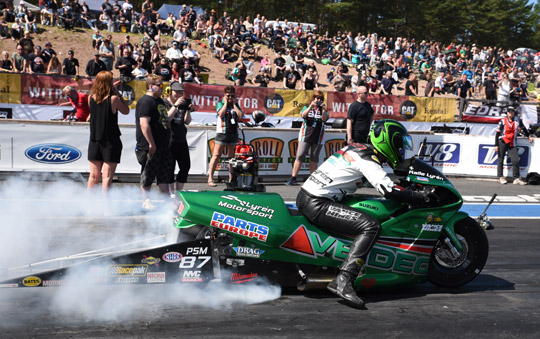 Like in Super Twin Motorcycle, also in Pro Stock Motorcycle the same top three qualifiers, with the difference that here the order stayed exactly the same. Star of the day was Kalle Lyrén as the Veidec rider impressed with a stunning 6.985 seconds at 306.9 km/h, the Swedes first ever 6-second run in Europe. 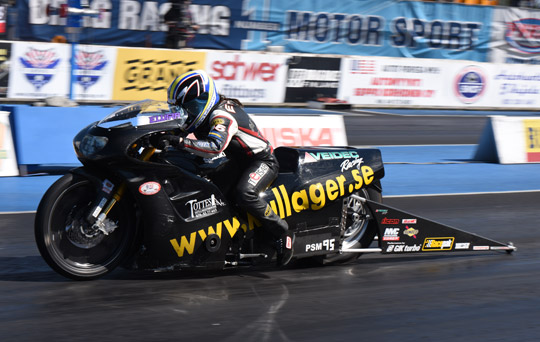 Elvira Karlsson improved to 7.21 seconds to stay in the number two position, and with his Friday elapsed time of 7.31 seconds, Timo Savolainen from Finland is third. 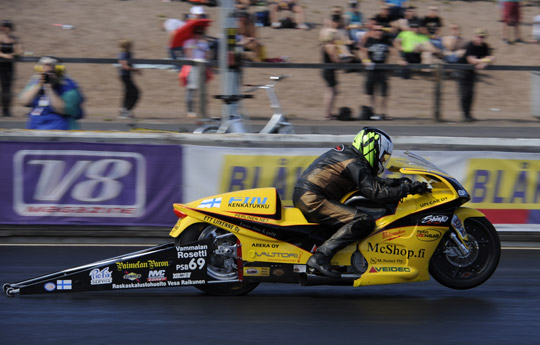 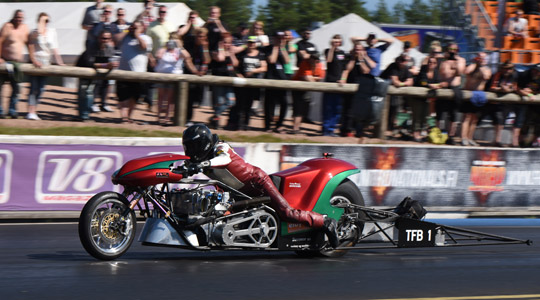 In Top Fuel Motorcycle there were no improvements or changed in the top two and so Jan Sturla Hegre from Norway claimed the number one qualifying position, with Rikard Gustafsson in second position and Thomas Pettersson third. 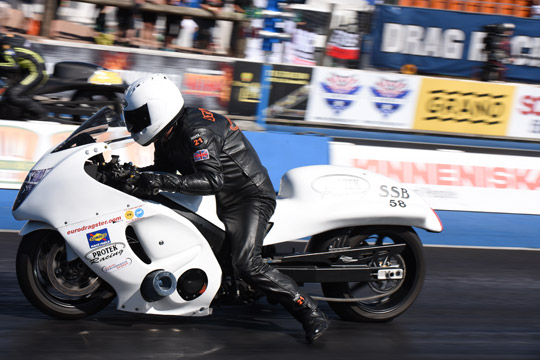 In Super Street Bike favourite Richard Stubbins was only sixth after day one. On Saturday Stubbins bounced back with 7.25 seconds, to take over the number one position from countryman and Friday leader Alex Hope (7.42 seconds). 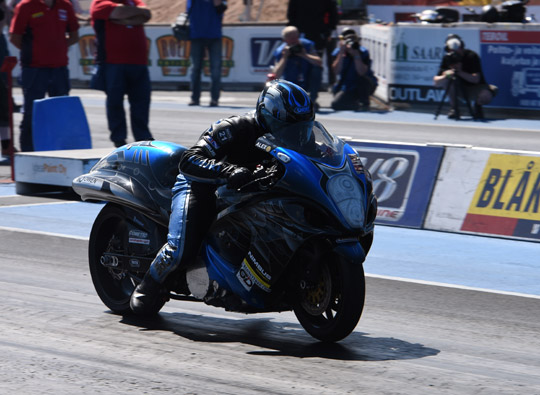 Anders Blanck improve to 7.45 seconds and jumped into the third qualifying position, with reigning champion Björn Friström in fourth and winner of the first round at Tierp, Henri Kolehmainen in fifth position. 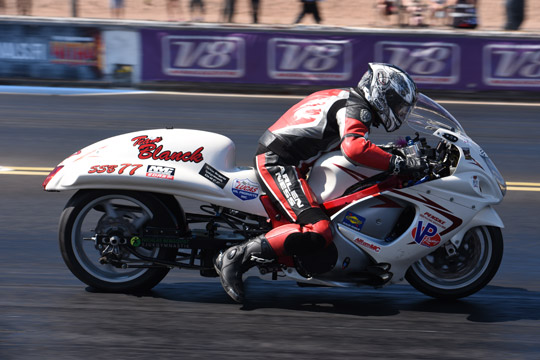 There were no changes in the numbers one and two qualifying position in Super Comp Bike and Super Gas Bike. In Super Comp Bike Emil Őstlund stayed in the number one position with Bianca Nilsson second. As both won their first round, they will be back for more tomorrow. In Super Gas Bike Janne Koskinen was still in the lead after six qualifying runs. 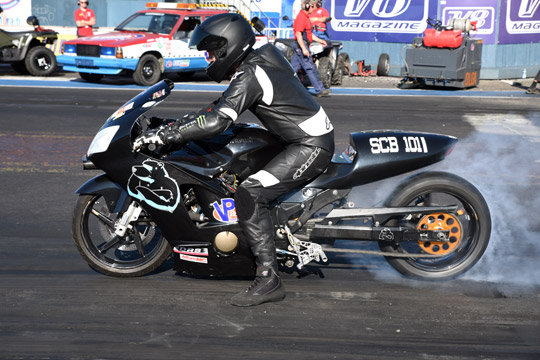 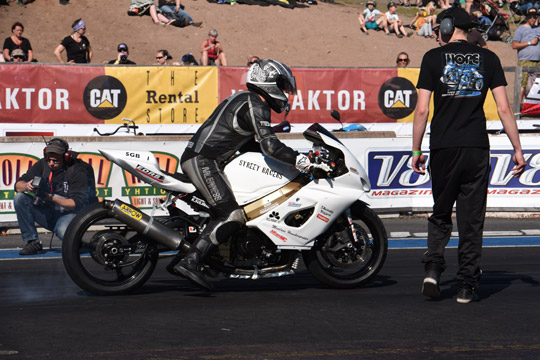