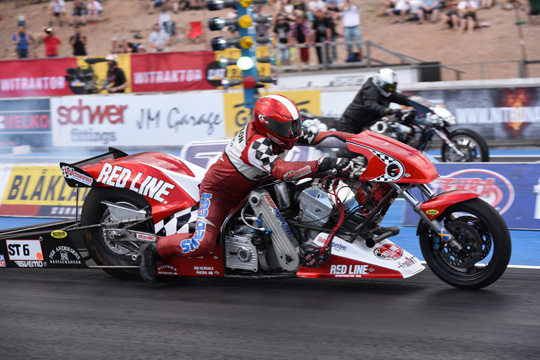 Per Bengtsson and his ‘The Beast Dragbike team’ will compete in the full 2016 EDRS Pro Nordic Motorcycle Championship tour and only have one ambition: ‘to take home the title for our main sponsor Red Line Oil’. And when the season goes as planned and The Beast is as competitive as the team know it can be, England and The USA are the next targets for the most aggressive and noisiest Super Twin in Europe.

“Due to several technical problems that caused a lot of damage, the 2015 season was a disappointment. We’re not used to damaging parts that often, but an ignition related problem hurt us. The real problems started in Norway, when we ran with a lot of power on the first good track of the season. Problems continued at Tierp in August. We analyzed every run since the Bradenton race in 2013, and we feel comfortable to have solved the issues now”, said team member L-O Jonsson. 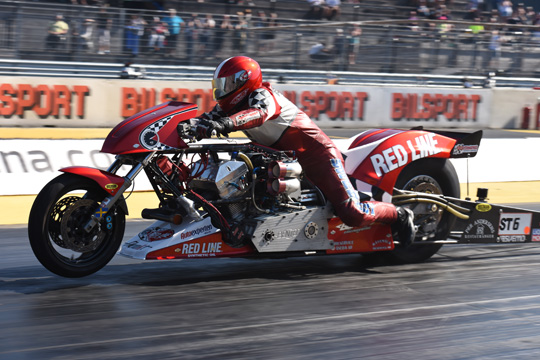 “As usual we have some new ideas about the tuning for the oncoming season, and it will be very interesting to see how this works out. We will compete in the full EDRS Pro Nordic Motorcycle Championship tour, and the ambition is to take home the title for our main sponsor Red Line Oil. Before the first race in June at Tierp Arena, we will do at least two test weekends at Malmö Raceway in May. We want to be well-prepared before the championship kicks off. At that time we want to have sorted out all possible gremlins”, said L-O. 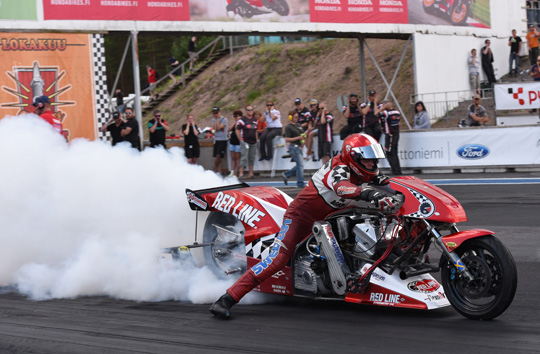 But The Beast’s season might even last a bit longer. “When we are competitive and running good numbers at the time of the final Tierp race in August, we may consider to race at Santa Pod in September. It would be nice to come back to England and race during the 50th anniversary of Santa Pod Raceway. And if the bikes compete at Malta during the FIA-race, The Beast will be at the start line there too! The last race of the 2016 season will be the Manufacturers Cup World Finals at South Georgia Motorsports Park, just outside Valdosta in November. The plan was set for 2015, but due to the lack of performance we decided to move the U.S. project forward to this season. We hope that several other race teams from Europe will join us on this adventure!”, said L-O. 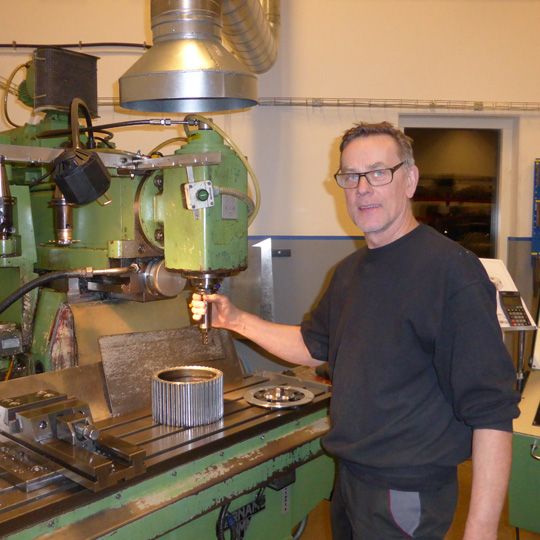 In the meantime, the work continues in the Flexoart/Bentec facility, where The Beast Team prepare the bike for the oncoming season. “Two new cylinder heads are manufactured at the Flexoart machine shop. The old ones have been in competition since 1992, which was the first season with The Beast. It was time for an update to be competitive. A lot of service work is also in progress, as nitro is tough on the parts”, said L-O. 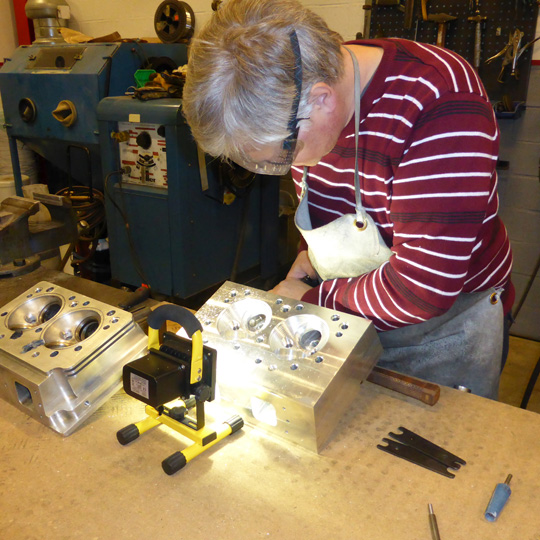 From one aluminum block, two new heads are coming together. In the photo you can see Jan work on the first step of grinding. Later on the heads will be flow tested and finished by Johannes Persson Motorsport in Helsingborg.

For more news about The Beast see: www.bentec.net, and  the Facebook page “The Beast Dragbike”, where the team publishes short clips from the past as well as the present.