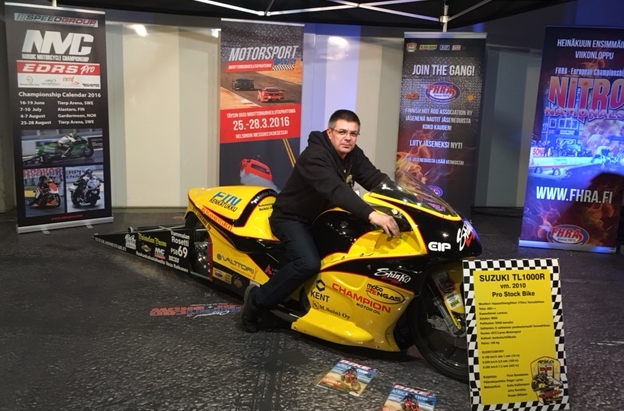 Speedgroup´s board member and EDRS marketing director Roger Lyrén sends a brief update from the MC show in Helsinki Finland which is open until Sunday. Pictured above Pro Stock Motorcycle driver Timo Savolainen, who is on site to promote his team, the EDRS Pro Nordic Motorcycle Drag Racing Championship and the Finnish round organised by  the Finnish Hot Rod Association FHRA; the Nitro Nationals at Alastaro July 7-10th.

FHRA also promoted the American Car Show which they organise each year at Easter in Helsinki. It is Finland´s biggest car and motorsport show which attracts a massive amount of spectators. For more info visit FHRA:s website www.fhra.fi 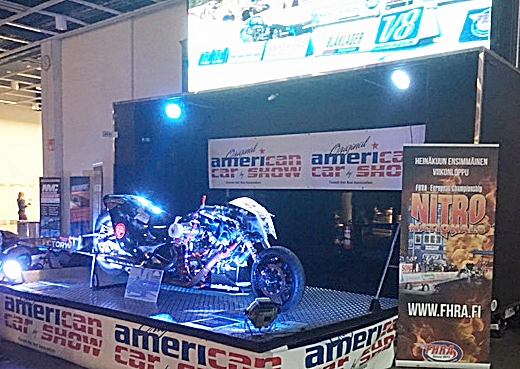