Starting January 2016 Speedgroups CEO publishes a column at the end of each month. The aim is to share with readers bits and pieces from Speedgroup´s operation in a summarised format. This first column is a summary of what Speedgroup have been up to since the race season ended 2015…

Drag Racing all year round

When the race season ends in the autumn one might think that the pace slows down substantially for us involved in European drag racing. But for some years I have experienced it is quite the opposite and I gather I am far from alone having that opinion..

For Speedgroup, the kick-off for 2016 was the organisers conference in September. Representatives from ten tracks met with us for a weekend in Stockholm, discussed and set the foundation for the coming year´s EDRS series (where more than 800 teams participated in 2015). We got a lot of valuable feedback and time to discuss, exchange information and ideas. The work shop group discussions were appreciated and many good ideas came out from them. Some which we can implement for this season and others we will keep in mind for later on.

In October, my colleague Roger travelled to Copenhagen to present Speedgroup´s work with the EDRS Pro Nordic Motorcycle Drag Racing Championship for the Nordic Motorsports Council. The NMC is formed by the motorcycle sports federations in the Nordic countries and they are the sanctioning body for this championship.  We are fortunate to have support from teams, organisers and the trust from the federations to renew the contract with us for another two years. Now including six competition classes, a great number of teams are expected to participate in the EDRS Pro Nordic Motorcycle Drag Racing Championship. And no doubt it helps that the championship events are hosted by three first-class tracks (see edrspro.com if interested). We are pleased.

October is also the time for the Speedgroup Annual shareholders meeting. A formal meeting every shareholders company must hold according to Swedish law. This meeting also elects the board. No surprise, the chairman of the board, Pelle Lindelöw was elected for a new period. Voted to be on the board were also Anders Charley Karling, Kjell Pettersson, Roger Lyrén, Leif Andreasson and Mats Eriksson. With Mikael Kågered, Dick Koster and Ulf Leanders assigned as deputy board members. A dynamic group of people, who will work with the CEO and work group in the many strategic and operational questions the company is faced with during a year.
October also included meetings at the FIA office in Geneva. Speedgroup is the assigned administrator for the FIA European Drag Racing Championship, which means we work together with teams and organisers and federations involved in the championship. Also a lot with media related questions. And we have many contacts with supporters who enjoy European Drag Racing and they are based in many countries also outside Europe.

Two major events remained for Speedgroup before we could all it a day, one which had occupied the work group´s mind since the mid of the summer..  the Awards presentation banquet in November. For EDRS, EDRS Pro Nordic MC and the FIA European Drag Racing Championship.  It took place on November 22nd at the Scandic Infra City hotel in the north part of Stockholm with close to 500 guests attending. Hundreds of trophies and awards were presented to well-deserving teams, organisers and a few officials, as we instated Speedgroup Special Awards for the first time.

We were not completely satisfied with the event, a few mishaps we are aware of mainly due to the human factor. I hope the guests had a nice evening though. I know I had. To celebrate the sport, worthy award winners and spend time with nice people who love drag racing can never be wrong, can it?

In December a few of my colleagues travelled to the PRI Performance Racing Industry show in Indianapolis, where Speedgroup also had a booth. We were there to promote European drag racing and meet with suppliers to the sport, representatives from other sanctioning bodies, race teams from Europe and other parts of the world, media and many more…

We are part of a show to be proud of no doubt. With more than 800 teams in EDRS only and an additional close to 100 drivers and teams in the FIA Championship. And grandstands filled to a great extent at championship events. It is a show that is interesting for many companies. Our crew kept busy at PRI in December and brought new and old contacts back home and a lot to follow up on.

The year was rapidly approaching its end. Soon before Christmas at their last meeting for 2015, the board decided to ask me if I would consider taking on the assignment as CEO for Speedgroup from January 1st.  A few months had passed since Michael Gullqvist our CEO since 2007 (also a member of the board), resigned in September. Chairman Pelle stepped in as CEO, a solution that was only intended as temporary.

I am very content with my job as coordinator for Speedgroup, a position I have had since 2009. Although I was not prepared to get the question, I did not need much time to consider it. Today, a month into the New Year I feel at ease with the situation. It has gone well so far. I can never fill Michael´s shoes and achieve what he has, but reactions of support from people near and far tells me it is going to work. Michael is still active in a few matters of great importance. All is good.

The last days of the year we started the work with the update of the EDRS Guidelines document, where all important information is collected to serve as a support document for everyone involved in EDRS. It is published on the EDRS new website www.dragracingeurope.eu/edrs on February 1st.

Besides working hands-on with the series and championships matters, which is our core operation, we find it increasingly important to develop cooperation with current and new business partners. With two marketing directors (Roger Lyren and Leif Andreasson) focusing on different parts of our operation, a competent work group and a board with realistic visions, I think we have a good base to work from. I will no doubt have reasons to come back to more about this over the months and year ahead.

In general, a few topics have stood out and attracted extra attention over the latest months. Of course one is the NHRA world champion title for methanol funny car driver Jonnie Lindberg and Lindberg Bros. I am positive they have made the sport of drag racing known to many people who did not know much about it before. Breaking news was also when FIA in December announced the newest (7th) addition to the FIA European Drag Racing Championship.  The event will be hosted by the Mediterranean island of Malta September 30th– October 2nd. The 50th anniversary for Santa Pod Raceway, UK and home for two FIA European Drag Racing Championship events will also be something to highlight this year. And warming to the heart, the project in motion in Norway, where organiser Norsk Dragracing Gardermoen NDRG after three years of hard work secured funds to build a new track that will host its first event, the Drag Challenge in August 2016.

Those are only a few topics which I am sure our editors Remco, Lena and associated editors will be keen to report about. Our portal is at located at www.dragracingeurope.eu where links to all championships and series Speedgroup work with can be found.

Don´t hesitate to contact Speedgroup in small or big matters regarding European drag racing. We don´t have all the answers, but most often know where to direct you. I will be happy to be back with an update later in February. 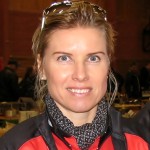