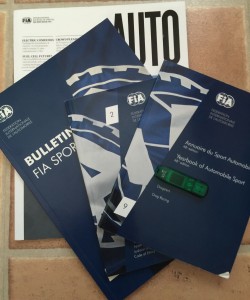 The 2016 FIA European Drag Racing Championship Rules, the 2016 SFI List and the 2016 FIA Technical Regulations and Race Procedures are now published on www.fia.com

There are new rules and clarifications in the 2016 FIA European Drag Racing Championship Rules, which the FIA Drag Racing Commission have changed for 2016. A clarification concerning points when there is an  infraction post or exclusion, suspension or a disqualification. The traveling compensation have been adjust and there is a new article about a traction assessment test that have to been made before an event.

Lars Pettersson Vice President in the FIA Drag Racing Commission would like to take this opportunity to remind Officials and Drivers/Teams also to read and study the FIA International Sporting Code and the appendix. There are lots of rules and chapters that all have to understand and follow.